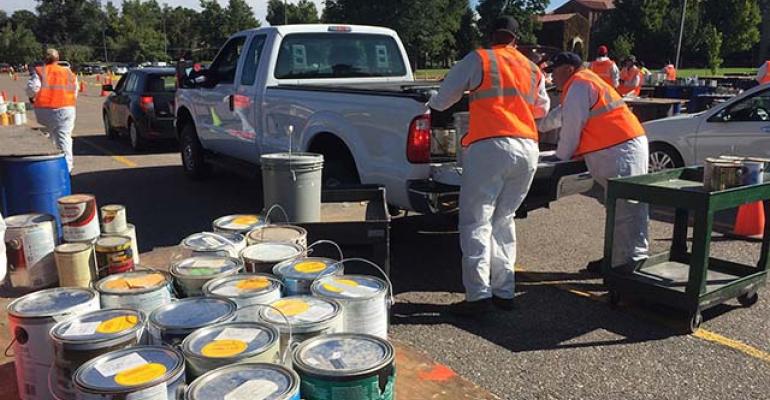 More than 27 million gallons of paint have been collected via PaintCare’s location types since 2009.

At one time, wasted paint was about 50 percent of the volume and cost of household hazardous waste (HHW) programs in California. Those figures started to improve after the state passed legislation requiring the paint industry to fund and operate a collection system for unwanted paints. Key to continued progress has been a program run by nonprofit PaintCare, created by paint manufacturers, to address these end-of-life materials.

PaintCare offers 1,775 year-round drop-off sites at hazardous waste facilities and retail sites in eight states and Washington, D.C. More than 27 million gallons of paint have been collected across location types since the program began in 2009.

“We work with nearly every household hazardous waste program in each participating state,” says Marjaneh Zarrehparvar, executive director at PaintCare. “Typically, they simply box up the paint they collect and our haulers pick it up and manage it from there, sending it to recyclers. As PaintCare participants, HHWs no longer pay for paint storage bins, transportation, recycling or proper disposal.” 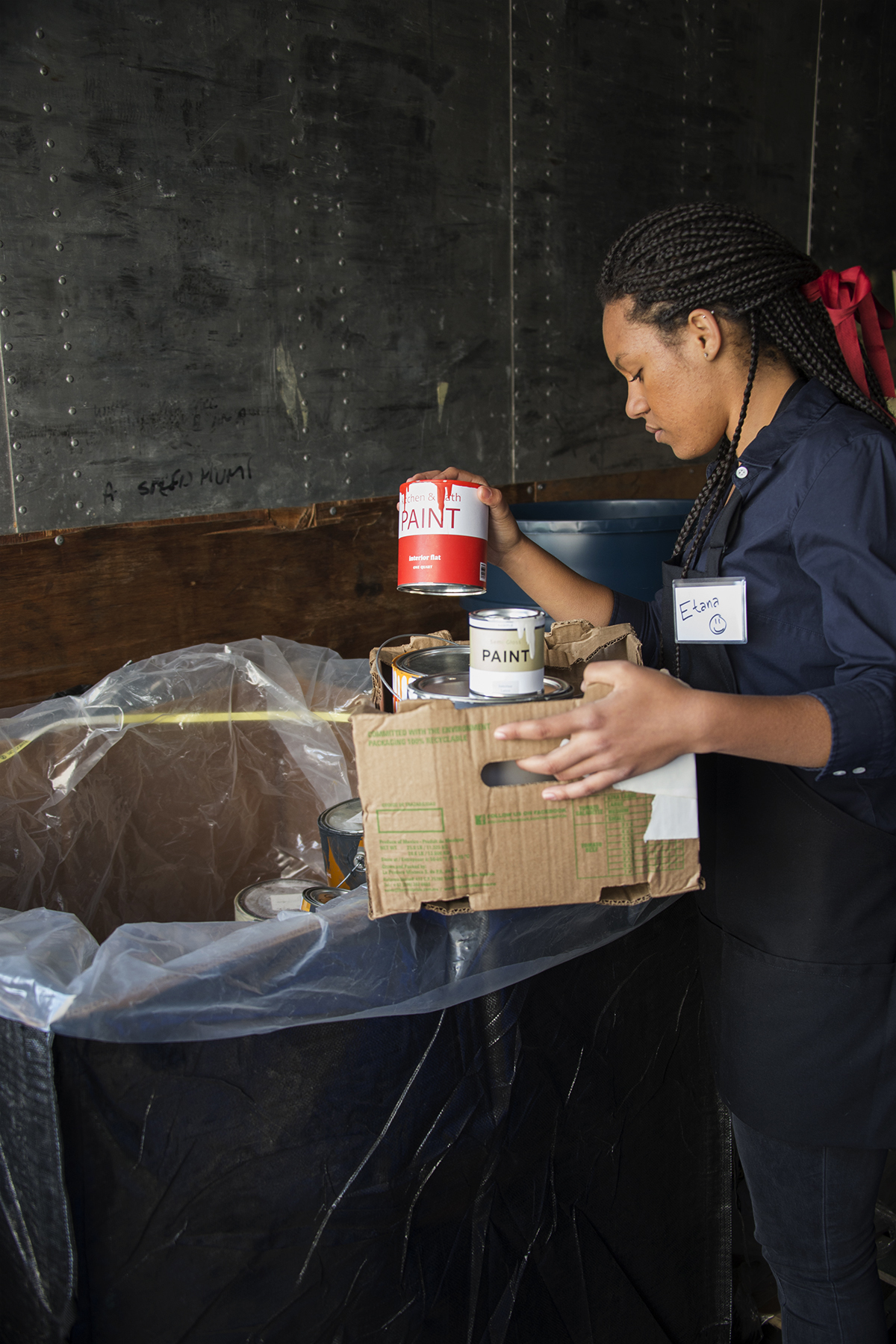 In California, where California Product Stewardship Council (CPSC) helped get the program off the ground, there were some difficulties. But since CPSC got through the contracting and implementation period, working with PaintCare and local governments that own and/or operate hazardous waste facilities, the program has done well, says Heidi Sanborn, executive director of the California Product Stewardship Council.

“Jurisdictions are saving millions of dollars a year in collection and in education to administer the program. Santa Clara County [one the largest counties] alone saves over $300,000 a year,” says Sanborn.

Before Azusa, Calif.-based Acrylatex Coatings and Recycling tapped into the PaintCare program, it had to contract with multiple cities and counties to gather their recyclable paints to maintain an adequate, steady volume.

“Now, we only have to contract with the main PaintCare transporters who contract directly with PaintCare. The logistics of getting paint to our facility has been vastly improved,” says Brian Brittain, president of Acrylatex Coatings and Recycling.

Drop-off sites accept house paint and primers, stains, sealers and clear coatings. Paint must be in its original containers that are no larger than 5 gallons and must have secured lids. 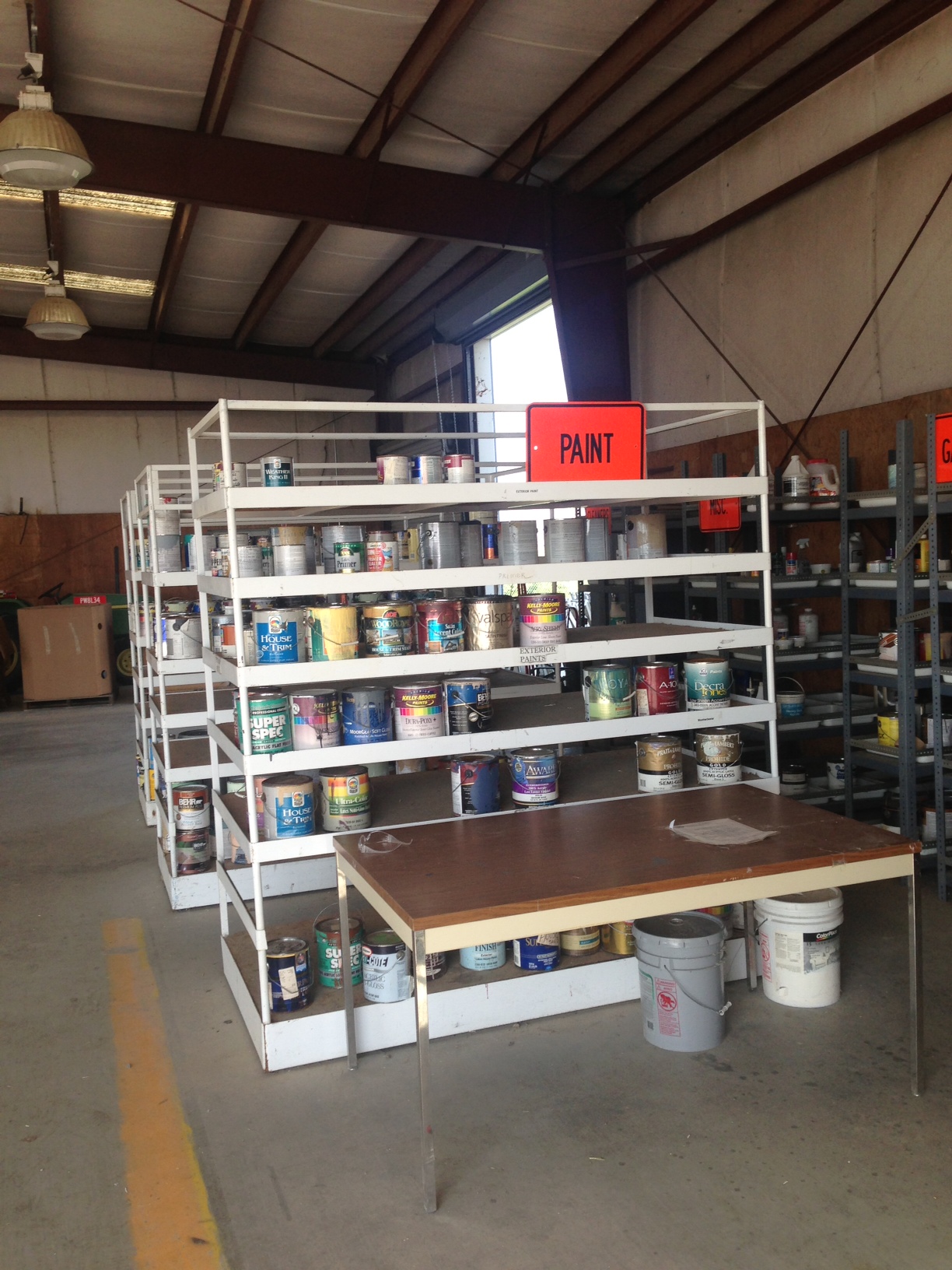 Some is used in its original form, such as for Habitat for Humanity projects, and some is recycled and sold as recycled paint. It’s even been used to make landfill covers.

The retail locations have gone over well due to their convenience factor, as retail locations are often centrally located businesses within the community and are open every day during normal hours, says Zarrehparvar.

Residential and commercial door-to-door pickups are available for collection of 200 gallons or more of architectural coating products.

The cost of running the entire program is covered by the PaintCare fee that’s applied to the purchase price of the paint, which ranges from 35 cents to $1.99, depending on container size and state.

Chittenden Solid Waste District in Williston, Vt., has collected paint since 1991—long before PaintCare’s inception. The district recycles latex paint into its brand paint and also processes it for a Canadian paint recycler. Oil-based products go for incineration or fuel blending.

“Now, residents and businesses have access to latex paint and oil paint collection statewide [which comes to us],” she says. “Our disposal costs are covered where they weren’t before, and PaintCare pays the district to process the paint. This has been a significant improvement to our budget and bottom line.”

There’s more work to be done to recover and make use of otherwise wasted paint.

“Our company has gained hundreds of thousands of gallons since the start of the PaintCare program. But many Americans have no idea it is available for them to use,” says Brittain. “If they are not educated about this paint’s usage and values, and paint sales don’t keep up with the paint volumes that are coming into the system by the PaintCare program, it may not be sustainable in the long run. We need to increase domestic usage of this product in American homes and among businesses abroad.”