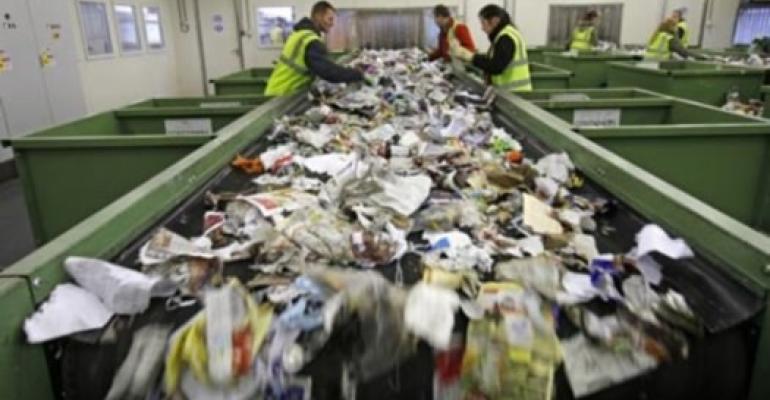 “Jeff has proven himself a worthy successor for one of Rumpke’s most prominent roles. Today, we are excited to announce that Jeff Snyder is now Rumpke’s director of recycling. He reports directly to Rumpke President & CEO Bill Rumpke Jr.,” said Amanda Pratt, director of communications at Rumpke.

Jeff joined Rumpke in 2020. As director of recycling, he now oversees Rumpke’s recycling division, which is comprised of 12 recycling facilities. His priorities include producing high quality recyclables, identifying new end users, responsibly expanding the types of material recycled, and implementing innovative and economically sustainable technology. He will also capitalize on expertise within the corporate recycling team to drive revenue and earnings, while maintaining optimum maintenance, safety and compliance.

As a member of senior leadership, Jeff is most excited about empowering his team and others to be successful in their roles. Collaboration with other lines of business is equally crucial.

“We are only successful as a company if we work together with our employees and customers,” said Jeff.

“Rumpke is already a leading recycler, my job is maintaining the successes we’ve already achieved, while researching and implementing the right new technology to offer customers, end users and our environment the overall best long-term and financially viable solutions,” added Snyder.

Starting with a small buy-back operation in Circleville, Ohio, Steve, and his team grew Rumpke’s recycling efforts to include buy-back facilities, curbside recycling and commercial recycling programs. Steve’s insights have positioned Rumpke as a recycling leader. His oversight kept Rumpke Recycling on the cutting edge of technology as he led the evolution of recycling systems from dual stream  to single stream sorting.

“When Steve joined the company there was a lot of transition going on within the waste industry. Previously, there was no such thing as residential curbside recycling collection, but with the changes in the industry and the demands from our customers, there was a great opportunity to really expand the business within our current footprint, and Steve helped us do that,” said Bill Rumpke Jr., president & CEO.

In 2004, under Steve’s direction, Rumpke entered the mixed glass processing business at the company’s Dayton, Ohio facility. Today, Rumpke remains one of only waste haulers in the county to own and operate its own glass processing facility. In 2013, Steve also oversaw the $32 million reconstruction of its Cincinnati Recycling Facility. The 85,000 square feet, 60 tons an hour material recovery facility serves greater Cincinnati, Dayton, Louisville and beyond.

With Steve’s help and expertise, today Rumpke owns and operates 12 recycling facilities, processing more than a billion pounds a year of residential and commercial recyclables. Through his strategic partnerships, Steve also afforded Rumpke the opportunity to add new technology, such as optical scanners and robotics.

“Steve had such a broad industry perspective and he was able to pull in all of the right people and help organize the team as they worked toward a common mission. He pulled in the vendors and the Rumpke team to produce quality recyclables that we could successfully market to end users,” said Andrew Rumpke, east area president at Rumpke.

Steve is widely known and highly respected for his involvement in the waste and recycling industry. He has been a featured recycling expert, and guest speaker at countless national events both inside and outside the industry.

In the past, Steve served as an appointee to the State of Ohio’s Recycling Advisory Council, a founding member of the Association of Ohio Recyclers and a past ODNR Recycling & Litter Prevention Council member. Currently, Steve is  one of the 36 national charter members of The Recycling Partnership’s “Pathway to Circularity Industry Council”.

Throughout his career at Rumpke, Steve was a visionary leader and an inspiring mentor to many, including members of the Rumpke family.

“The first time I met Steve, I took a trip to Circleville, Ohio to talk about recycling opportunities. I spent about half an hour Steve and walked out of there with about 30 different tasks to complete. Steve had a lot of energy and I could just feel his energy when he talked to me and it kind of pushed me in that direction to make me feel like I wanted to be part of this (recycling effort) with Steve,” said Jeff Rumpke, west area president at Rumpke.

Steve earned his bachelor’s in Business Management from Mount Vernon Nazarene University in Mount Vernon, Ohio and over the years has earned countless awards for his own expertise and Rumpke Recycling’s accomplishments.

In the year prior to his retirement, Steve assisted the company with finding a perfect replacement. Jeff Snyder joined Rumpke in June 2020 as Senior Recycling Manager. In the days leading up to Steve’s retirement, Jeff learned Rumpke’s processes and facilities, while beginning to forge his own journey at Rumpke Recycling.