Home>The Business
Recent
Sponsored Content
Cities Are On the Frontlines in the War on Waste
Are Chefs the Missing Ingredient in Circular Food Systems?
Jul 02, 2020
City Harvest Finds Spike in Food Need Due to COVID-19
Jul 02, 2020
Recycling Technologies Hires Seven Apprentices from Honda
Jul 02, 2020
Worn Again Technologies Aims to Eradicate Textile Waste and Shift to a Circular Economy
Jul 02, 2020
SWANApalooza Panelists Look at How to Achieve Zero Waste to Landfill by 2040
Jul 02, 2020
Dole to Eliminate Food Waste by 2025
Jul 02, 2020
Makings of a Good Landfill Closure Plan
Jul 02, 2020
Need to Know
brought to you by 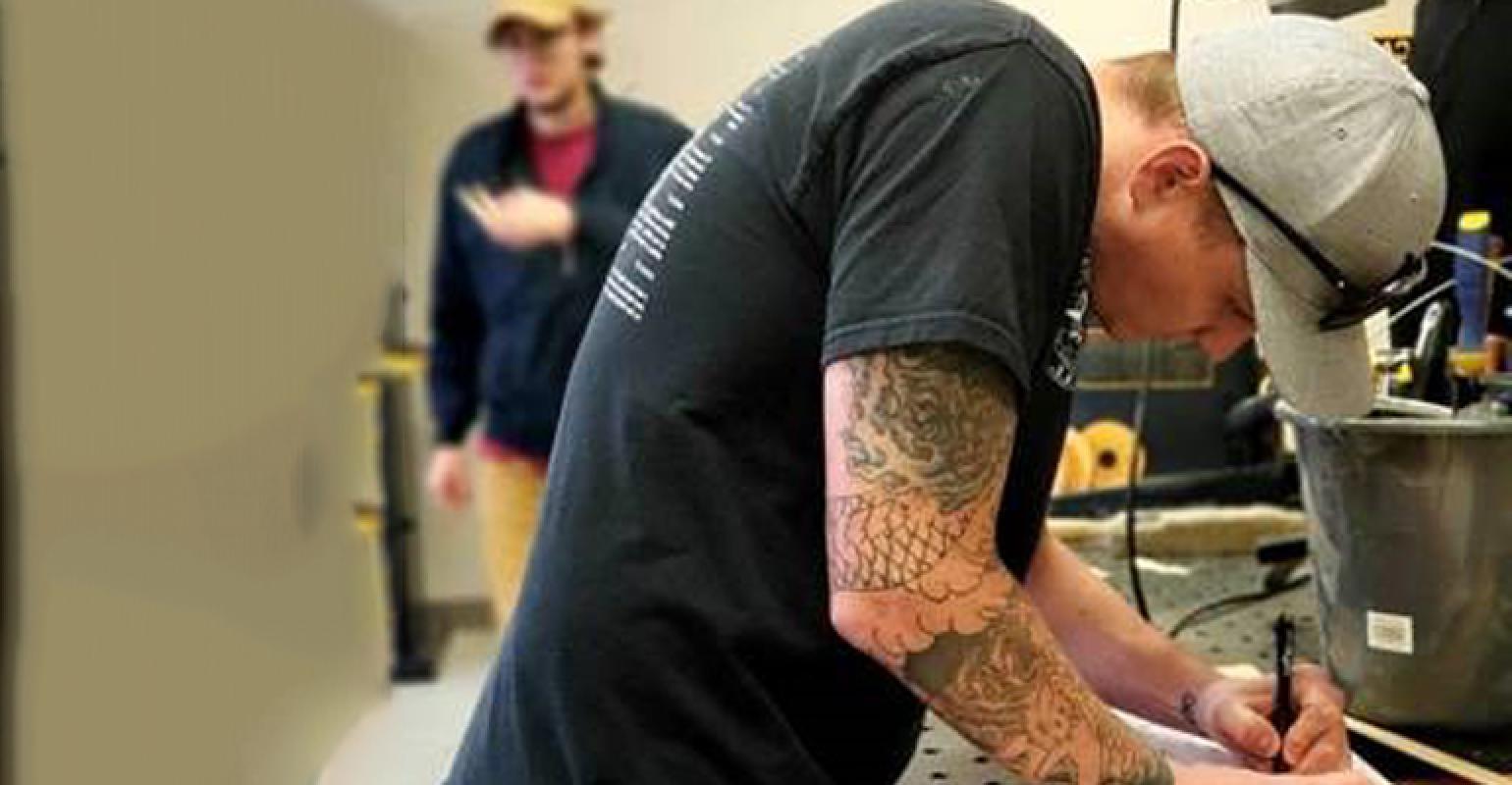 “The Recycling Education and Research Foundation is proud to present this year’s National Veterans Stipend to Chris Stevens, a decorated Army veteran,” said Robin Wiener, president of the Institute of Scrap Recycling Industries, in a statement. “The goal of the Veterans Stipend is to provide educational opportunities to those who served our nation, and Stevens has served his country admirably. This stipend is only a small token of the appreciation we have for all he has done for our country, and the entire recycling industry thanks him for his service.”

From an early age, Stevens loved his country. When high school was over, Stevens knew without question that he would join the military. In summer 2007, he enlisted as an Abrams tank crew member. At Fort Hood, he attained a number of promotions during his many deployments to Iraq. Stevens was awarded the Combat Action Badge and Purple Heart. With the support of his family, Stevens later became a Blackhawk helicopter pilot and flew missions for the 1st Infantry Division in Fort Riley, Kan.

Stevens, a husband and a father of three, is medically retired and works logistics at Fort Rucker in Alabama, while being a full-time student. His career aspirations involve designing and implementing aircraft parts. Leveraging his schooling of aviation maintenance and his military experiences, Stevens aspires to directly impact the mission of army aviation and help deliver troops safely around the battlefield.

“The Institute of Scrap Recycling Industries truly cares about our military veterans,” said Stevens in a statement. “Receiving this scholarship has enabled me to continue to grow and learn, while supporting my family. I hope to have a large impact on others in my Army community, and with the help of these great people, I know I will do just that.”

Recognizing the need for financial aid as veterans seek to complete degrees, the stipend awards up to $8,000 to those who served in the U.S. armed forces. It covers $2,000 per year and is renewable for up to four years or the length of study.