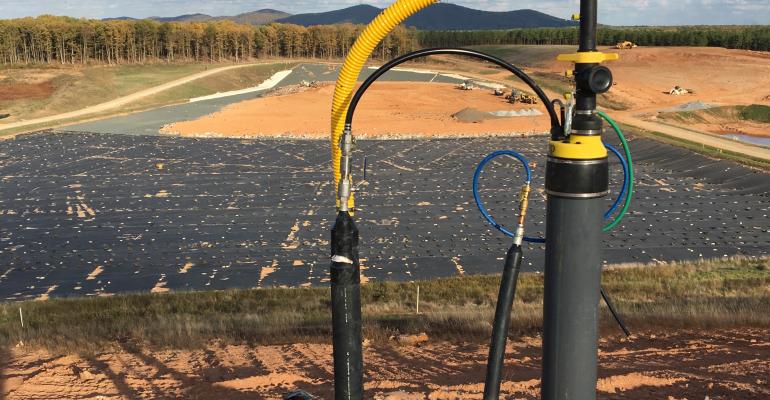 SCS Engineers nominated the team for its achievements through the Authority’s Odor Management Program, which reflects the success of the Authority’s technical strategies as well as its collaboration with the Virginia Department of Environmental Quality (VDEQ) and proactive community outreach efforts.

Livestock Road became a regional landfill in 2012, when the Concord Turnpike Regional Landfill closed. Livestock Road began serving the citizens of the city of Lynchburg and the counties of Appomattox, Campbell and Nelson with approximately 165,000 citizens living in these communities. More solid waste means more cell development and more odors to control.

Odor management is a foremost challenge at any landfill, but it was particularly challenging as Livestock Road was receiving a significant increase in solid waste just as the surrounding area was developing a subdivision adjacent to the landfill. The Authority took action, and today has documented a 98 percent decrease in odor complaints as of March 2018. The results enhance the quality of life of the citizens residing in adjacent communities.

“Effective landfill odor control takes a multi-pronged and diligent approach, and we wanted to implement the best management practices and the best technology to address landfill odors. As a result, we believe we have significantly improved the odor problem at our landfill and have greatly improved the quality of life for our neighbors,” said Clarke Gibson, director of the Region 2000 Services Authority, in a statement.

The comprehensive Odor Management Program was developed and implemented with the support of SCS Engineers and is comprised of odor abatement, mitigation and controls. Numerous elements including systems, investigations, monitoring/analyses, protocols and practices are part of these three major elements commissioned on a voluntary basis.

“The Authority’s operations team demonstrates excellence in environmental stewardship and community relations through their program,” said Robert Dick, vice president and  project director at SCS, in a statement.