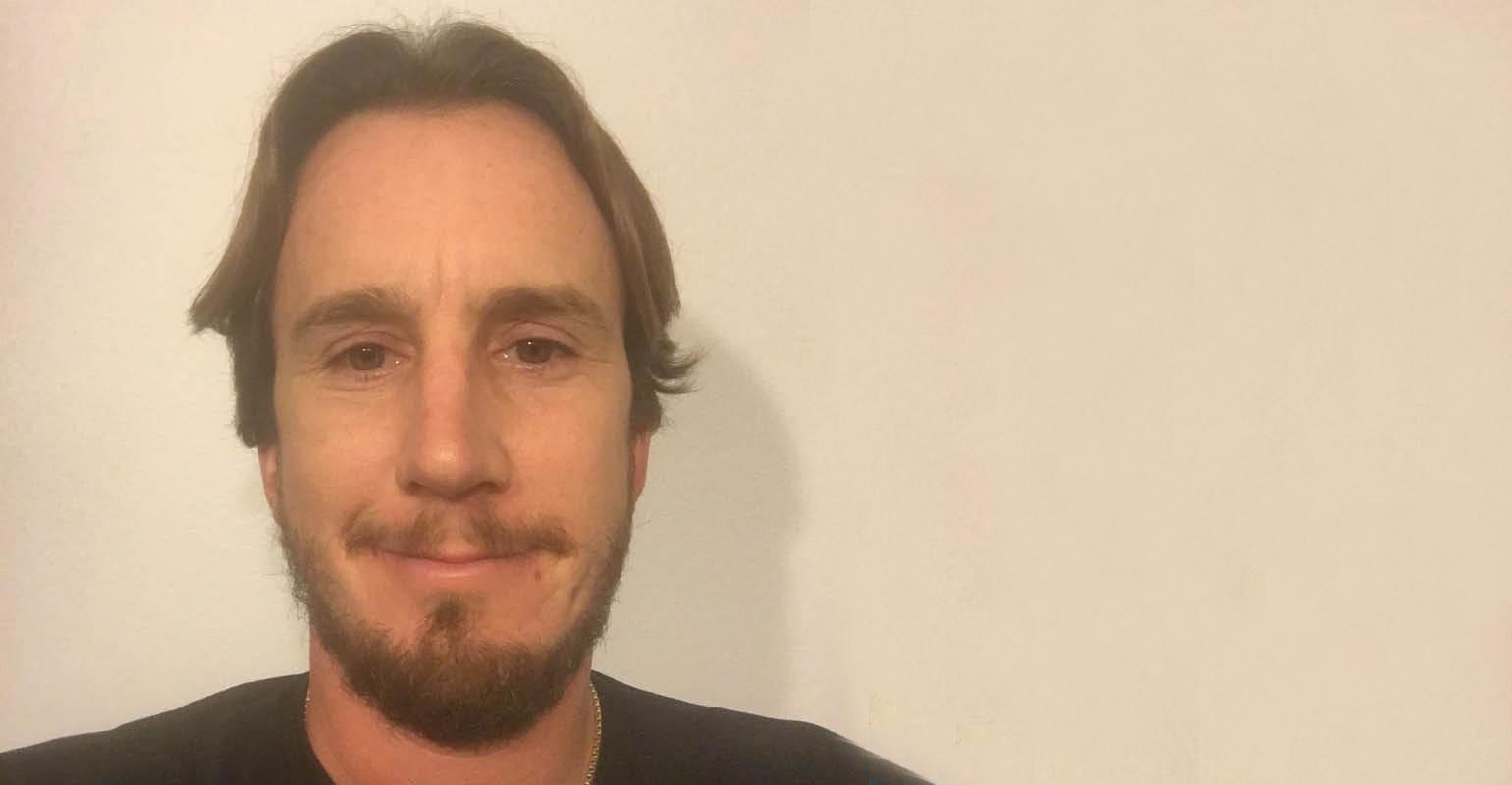 The Waste360 40 Under 40 award recipient discusses his 14-year journey expanding the business and the importance of accepting technology with open arms.

“I have worked in other industries for a variety of companies, and they are always concerned with the bottom line,” says John O’Brien, who’s been with NCM Odor Control for more than a decade. “Jesse is as well, but he is willing to make sacrifices financially to provide low-cost, effective and safe products—something no other odor control company I have researched or heard about is doing.”

With a constant eye on safety, Levin used lessons learned from his stint in the entertainment industry to expand NCM Odor Control from an East Coast operation to a nationwide service team. Levin’s ambition has helped grow NCM into a company able to manufacture chemicals, design odor control systems and offer clients use of a state-of-the-art air modeling division.

Earlier this year, Levin was honored with a Waste360 40 Under 40 award. We recently sat down with Levin to discuss his 14-year journey expanding the business from coast to coast, accepting new technology with open arms and holding the company to the U.S. Environmental Protection Agency’s (EPA) highest standards.

Waste360: Had you ever considered going into a different industry?

Jesse Levin: I was actually in another industry before I got into odor control. I went to school for television and film production, and I used to edit commercials and music videos. I always knew the family business, and before I came aboard, my dad's company was based along the eastern seaboard. He never had any operations out along the West Coast or anything past Chicago. When I moved to California in 2002 after college, I had a really good job in the direction I wanted to head in, but I just kept seeing a huge opportunity for my dad and for his company.

After about two years of doing 80-hour work weeks in a dark room as an editor, I just said, “Hey, let me take a stab at sales.” I opened the business up to the western part of the country in 2004, and I took over the company’s full operations around 2014. I haven't looked back since.

Waste360: Were there any lessons from the TV and film industry that you took with you to odor control?

Jesse Levin: When I came aboard, our company was just an odor control company. What I wanted to do was actually build a company that had many different layers to it. I wanted to have consultants—odor and dust control—and I wanted our products tested to the highest degree, which is using EPA guidelines for toxicity to ensure that our products are safe in the community and for the environment. I wanted to develop a nationwide service team. That vision really came from seeing what my former employer did with all the post-production hats. His company really catered to every aspect of commercials—graphics, editing, everything. That really spawned my vision of what I thought an odor and dust control company should be for the waste industry.

Growing up with the company as a family business, then jumping into it in the sales aspect, I got to see who we competed with. It came naturally to look at, “What are they doing? What's different on our end? How do we separate ourselves? ...” You can be a salesman, make a great amount of money and have no overhead, but I wanted to build something that companies like Waste Management, Republic Services or Waste Connections would look at us and see the different facets and the different assets we can offer.

Waste360: How has technology changed the business since you’ve taken over?

Jesse Levin: We actually designed a factory where you can introduce odors and smells, and then we can test out our existing product line and see what works and what doesn't work. You can bring in clients to help create products for their specific needs. I think having that ability has completely changed us as far as being a chemical manufacturer goes. Having a director of compliance who is well versed in all sorts of regulations has really helped increase the quality of our products. Having high-quality products is very important, especially in this day and age. Some sites can have class-action lawsuits, and they can get fined. And as an odor control chemical provider, you need to have technical data. Anyone can have a [safety data sheet], but I wanted to use EPA guidelines, different types of testing and different technologies available on the chemical manufacturing side to really develop a high-end product—a high-end neutralizer that can stand up to the court of law if needed.

The other aspect of odor control is the dispersion systems, and we have a full system engineering team now. Technology has helped us greatly through the app designs, where we can have our odor control and dust control systems controlled through WiFi.

We've also designed other types of odor control systems. Our primary base used to be water-based misting systems. Through technology and through the environment changing, some facilities in the winter months need odor control around the clock, 365 days a year. So, you can't really use a water-based misting system because you’ll end up blowing snow out there. Through technology, we've learned that we can actually create a neutralizer that's oil based and vaporize it. We can have the neutralizer evaporate and get blown through piping, and then have it admitted through holes in the piping. I think that's been a huge step in odor control dispersion systems.

Waste360: What’s one tradition that existed before you took over that you’re glad you continued?

Jesse Levin: Just the family business aspect of it. I've got my younger brother who works with our business. He's nine years younger than me. At the end of the day, we're fully committed to every product and every sale. It's not just a business where you've got employees and you’re writing paychecks and covering your business expenses; it’s creating a legacy associated with our name within an industry that is growing.

I personally have more pride in what we're doing as a company, and I feel like if you're comparing it to our competitors, I think that a lot of this is just business for them. Yeah, it's business for us, too, but this is also our family life. My dad has been doing it for over 25 years, and he started in the industry in New York in the late '80s, when it was really rough. Even up until 2007 or 2008, you could talk to old-school trash guys and their line would be: "I smell trash, I smell money." Now, you pull that and you smell trash, you smell a lawsuit. People go online and can really get a blueprint on how to organize a community and things of that nature.

Waste360: What’s your proudest accomplishment since taking over?

Jesse Levin: My proudest accomplishment since taking over is getting our company on the Waste Management National Procurement list because that literally took eight years. It took me eight years just to get to the table and find the players and the powers that be. Waste Management gave me a trial period for facilities in California and Ohio. I said I want California because, at the end of the day, I only want to be mad at myself. I don't want to be mad at some guy I hired. Sixteen months later, they gave us a national procurement agreement, and we've been on there ever since.

At the same time, with my dad's direction and my vision, I feel like we've developed a company that caters to what facilities need, whether it's just a basic sale or our recommendations, or if they need to hire us as a witness. I feel that the team and the company that we've developed is poised to take us into the changing landscape that's happening. We're trying to build something that companies like Waste Management, Republic Services and Waste Connections can hire us on many different levels without buying a product.

Waste360: What is the most challenging aspect of creating odor control products?

Jesse Levin: I think the most challenging aspect is working with family. [Laughter.]

As far as product goes, with the manufacturing plant that we built and designed, I think the most challenging aspect is getting the industry to understand economics. This is because you have big corporations and municipalities that have pencil pushers who just sit in a cubicle and look at things on a price-per-unit basis. Same with corporate. You have your price per gallon, which is normally the unit that things are quoted out, but you also have the dilution ratio. You're going to have people blow smoke up your you-know-what and say, “Hey, this is what our dilution ratio's at.” But 10 out of 10 times, they're getting found out because whoever bought it is going to use it.

We operate with what we call true dilution ratios. We've been around long enough for our clients to know our products and know when they’re dilutable. So, when you deal at the corporate level, you can reference some of these relationships that my dad has fostered and that I've built that have lasted decades. So, that true operating cost of basic economics is huge because if you're saying company A is $25 dollars a gallon and company B is $7 dollars a gallon, the average person is just going to say, “I'm going to go with the cheaper product.” But what we're really trying to teach our customers as well as corporate offices is that, “Hey, these are our costs per gallon, here's our line of products and here's what the dilution ratio is.” We also explain the best case and worst case scenarios based on whatever type of odor we're treating. We have a success rate to where we can say, “OK, for landfill odors, this product with minimum dilution ratio is here, and maximum is here.” We show what that true operating cost is.

Waste360: What’s one aspect of the industry you’d like to improve for the next generation?

Jesse Levin: Quality control—having these big corporations and companies really put an emphasis on the quality of the product that they're using for odor and dust control. To really focus on what's safe for the environment, what's safe for the community around us and what's safe for our workers. Also, not just looking at it on a price basis and then making your decision that way. I understand economics, that you have a bottom line and that these companies have investors they have to answer to, but there's also an ethical and moral code I think our company operates by. That is something I think needs to continue to progress.