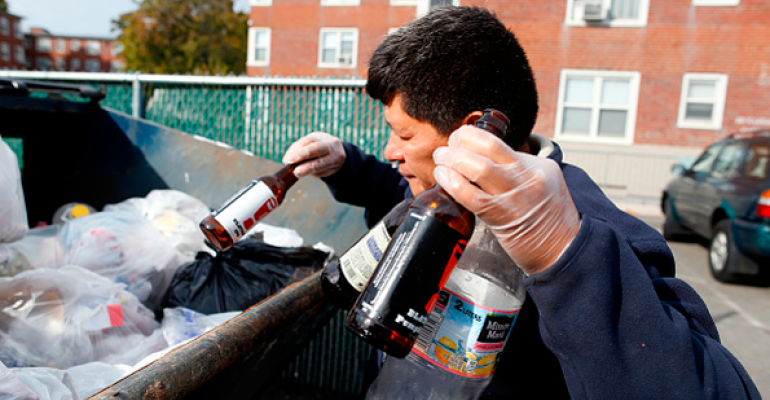 Massachusetts voters rejected an expansion of the state’s bottle bill.

Question 2 which would have required a 5-cent deposit for nearly all non-alcoholic, non-carbonated drinks, according to the state’s website. Nearly two-thirds of the voters rejected the issue, the Boston Globe reported.

“We’re clearly disappointed, and it’s obvious we didn’t make a strong enough case for the bottle bill,” said Janet Domenitz, executive director of the Massachusetts Public Interest Research Group, which helped lead the campaign to expand the bottle law, according to the newspaper. “We’re going to regroup now and consider what we need to do to get Massachusetts to recycle 80 percent or higher of its containers.”

The Culver City, Calif.-based Container Recycling Institute (CRI) is a national proponent of bottle bills to increase recycling. The group was disappointed in the vote, said Executive Director Susan Collins, who pointed out that 80 percent of deposit bottles get recycled in the state, while the rate is only 23 percent for non-deposit bottles.

“We are also disappointed because expanding the law would have reduced beverage container litter in Massachusetts, which now continues to be a problem. CRI understands that industries tend to avoid accepting responsibility for pollution caused by their products, as it adds costs to their operations,” she said.

Nicole Giambusso, spokeswoman for No on Question 2: Stop Forced Deposits, said in an e-mail statement: “We are extremely pleased that voters statewide have seen the many flaws in adding to a costly, inefficient and outdated forced deposit system.Massachusetts families today have widespread access to community recycling programs, like curbside. With this vote, commonwealth residents sent a message that it’s time to move forward and expand convenient, comprehensive recycling programs, so that Massachusetts can become the recycling leader that it should be.”

The American Beverage Association fought against the bill. While not addressing the Massachusetts bill directly, it released a statement the day after the election: “People don’t support taxes and bans on common grocery items, like soft drinks. That’s why the public policy debate has largely moved on from taxes and bans.”