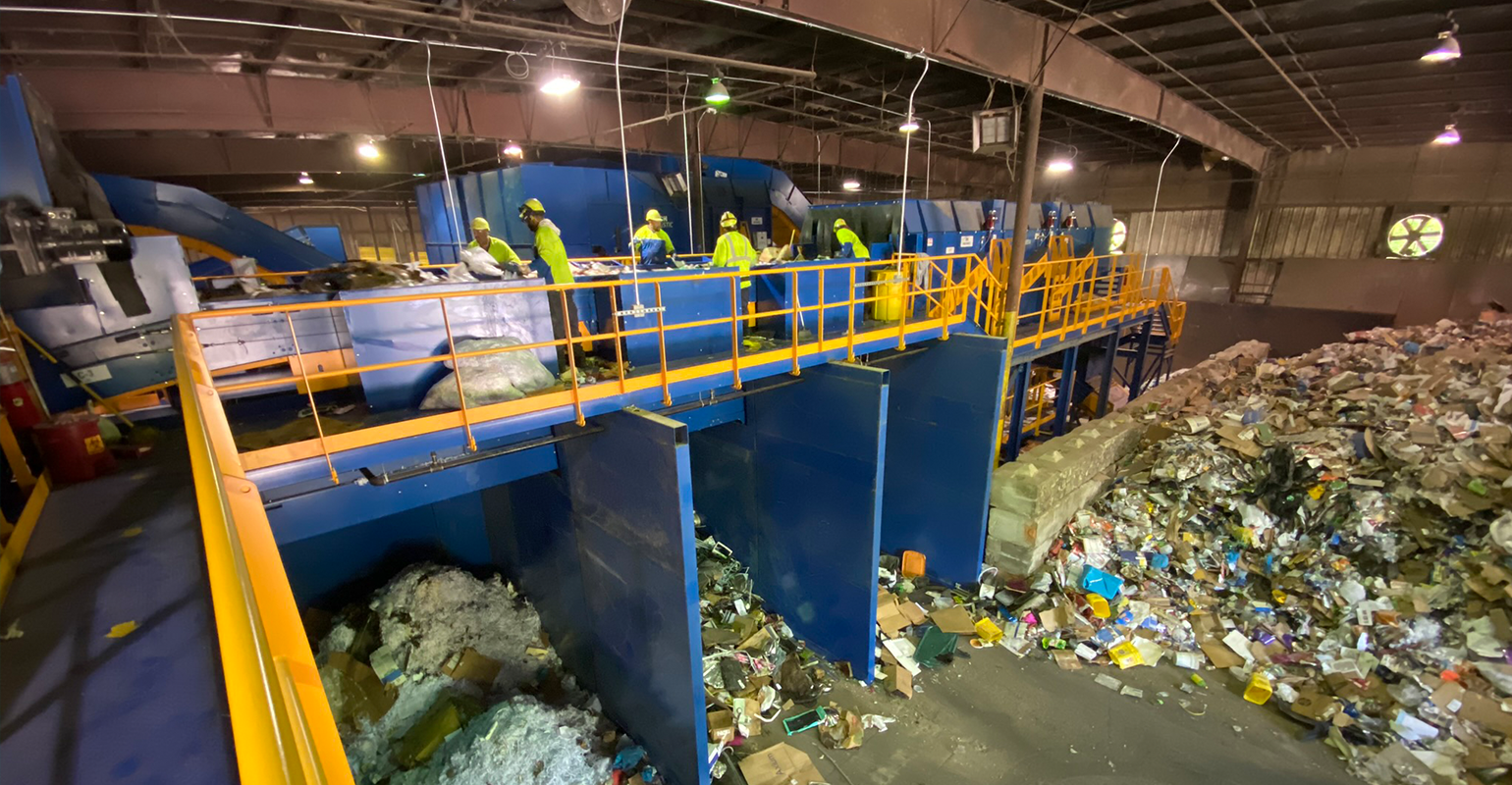 GREENSBORO, N.C. – Machinex provided a significant upgrade to the single-stream MRF for Republic Services in Greensboro, North Carolina.  Thanks to the technical team, who continued to serve the customer during this trying time, the sorting plant started up, on time, on April 9th. The upgrade increases productivity and recovery rates while reducing cleaning times.

Republic Services, who is among the top recycling leaders in the United States, chose to modernize its material recovery facility in Greensboro due to it being nearly 20 years old. Indeed, Greensboro’s municipal contract was renewed, and Republic Services needed to upgrade the equipment to efficiently handle the recyclables. As requested, Machinex designed a single-stream system to process 30 tons/hour of residential & commercial material within the current building while reusing some of the existing structural work and baler feed conveyors. The system includes a new drum feeder and infeed system, OCC screen, fines screen, three ballistic separators, a glass cleanup system, an optical sorter for PET and HDPE, as well as a new magnet and eddy current separator.

About Machinex  Celebrating its 50th anniversary in 2020, Machinex became the first company in Canada to design machinery for material recovery facilities in the 1980s. The company immediately established itself as a leader in designing profitable and high-quality recycling sorting systems. Today, Machinex is still a world leader in the industry, developing cutting edge sorting, waste management, and recycling technology. Over the years, their experts have designed and installed over 650 turnkey facilities in partnership with leading MRFs in Canada, the United States, Europe, and Oceania.   For more information, visit the Machinex web site www.machinextechnologies.com.