Life (And Lobbying) Must Go On 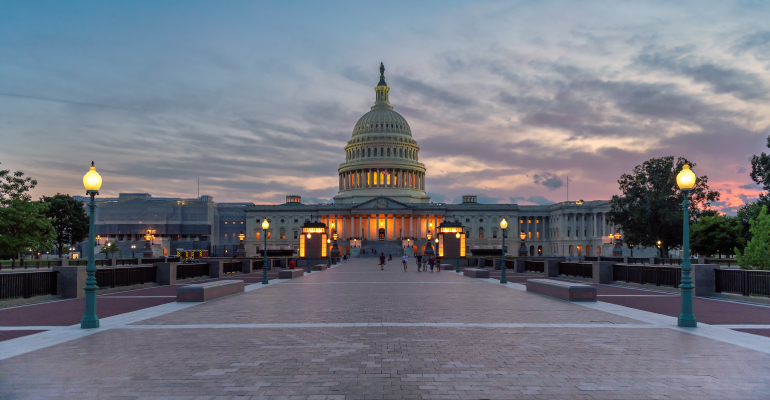 It seemed for the longest time that there were no other issues impacting the waste and recycling industry aside from those directly related to COVID-19. When that finally changed, it did so suddenly and felt like a breath of fresh air reminding us of how things were just a few short months ago.

The last in-person lobbying meetings that I had on Capitol Hill were on March 10, only a few days before everything shut down. Things already had begun to change — the customary handshake greetings were dispensed with, and automatic hand sanitizing stations were set up at the entrances to Senate offices. You could feel that something ominous was coming.

That day, I, along with National Waste & Recycling Association (NWRA) members representing both our services and suppliers sectors, held several meetings with congressional staff to discuss repeal of the 12% Federal Excise Tax (FET) on the first retail sale of all commercial trucks with a gross vehicle weight rating above 33,000 pounds. This tax serves as a disincentive to the purchase of new heavy-duty trucks, which are more fuel-efficient, less polluting, and safer for their operators and passengers, as well as the public that shares the road with them.

We found this to be an issue that cuts across party lines. Both sides of the aisle have constituencies that stand to benefit from increased sales of newer vehicles — manufacturing companies and their employees, union laborers, and environmentalists, truckers, and safety advocates — many of whom typically find themselves on opposing sides of issues.

Despite this formidable bipartisan coalition, that effort was stopped in its tracks, as was everything else when the coronavirus took hold.

As the intentionally self-inflicted recession gripped the world, it became clear there was the potential for a devastating impact on the manufacture, sale and purchase of new heavy-duty trucks. In March, Class 8 truck orders dropped by 52% compared to the corresponding period last year. Some estimates predicted that sales for the year could be down as much as 50% from 2019.

As Congress began consideration of legislation in response to the pandemic and assisting with economic recovery, the idea of suspending the FET on the purchase of new heavy-duty trucks and trailers until the end of 2021 was put forward. NWRA and its coalition partners believe that the suspension of the FET would serve as an effective and immediate policy to spur the sales of newer, cleaner trucks, which would help retain jobs in the trucking sector and rebuild our economy.

As a result of government-ordered closures, truck manufacturing plants and truck dealers have either suspended or scaled back operations. A suspension of the FET, which increases the cost of new heavy-duty trucks and trailers by $22,000 on average, would jump-start this sector of the economy by immediately sparking the purchase of heavy-duty trucks and trailers. This would help save or bring back the livelihoods of the 7.8 million Americans employed in jobs related to trucking.

In addition to saving jobs, a suspension of the FET would spur sales of today’s cleaner and safer heavy-duty trucks by making them more affordable during this difficult economic time. Over the past two decades, the trucking industry has made strong environmental gains, and today’s heavy-duty trucks are cleaner than ever before.

Cleaner fuel and engines utilizing advanced technologies have combined to reduce nitrogen oxide emissions by 97% and particulate matter emissions by 98%. Since 2010, more fuel-efficient diesel trucks have saved 101 million barrels of crude oil and reduced carbon dioxide emissions by 43 million tons. Suspension of the tax would also encourage the sale of newer trucks, which are equipped with the latest safety technologies that help reduce roadway crashes, injuries and fatalities.

During this crisis, our nation has been more dependent than ever on our trucking fleet for waste removal and recycling collection, as well as the delivery of goods and critical medical supplies. Suspension of the FET can help keep the nation clean, safe, and well-supplied in rebuilding America’s vital trucking industry and related employment.

When NWRA asked its members if they were interested in signing on to the coalition letter to Congress making the case for FET suspension, the response was overwhelmingly positive. Members from both the services and suppliers sectors responded quickly and enthusiastically to the call.

There are now more than 150 signatories on the coalition’s letter to Congress, many of whom have ties to the waste and recycling industry. Members of Congress are once again taking up the cause for FET suspension. We may not be back to normal yet, but life — and lobbying — goes on.