Updates on key pieces of legislation and government regulations affecting the waste and recycling industry, including from the EPA. 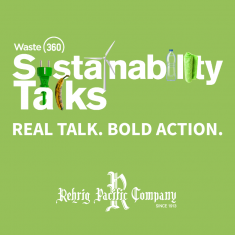 EPA: "Americans Should Be Optimistic About Environmental Progress"
Feb 14, 2020
EPA Administrator Andrew Wheeler highlights environmental efforts made by the Trump administration in a USA Today op-ed.

Singapore’s New Law Restricts Contaminated Plastic Exports
Feb 12, 2020
Under the new law, export of plastics that are newly covered under the Basel Convention can be done only when receiving countries give prior informed consent.