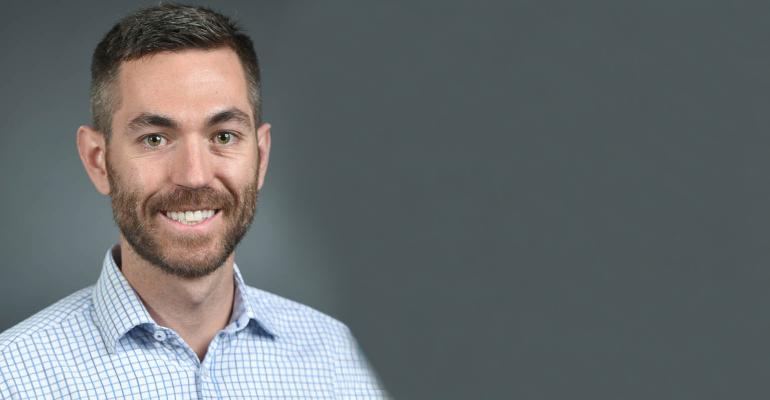 Ryan Kiscaden, executive director of Thermostat Recycling Corporation and Waste360 40 Under 40 award recipient, discusses how he has excelled in his career and his greatest accomplishment thus far.

Kiscaden is the fourth executive director of TRC and has a background in the heating, ventilation and air conditioning (HVAC) business, making him a well-rounded leader in the waste and recycling industry.

“Ryan’s personality is a key strength for this industry,” says Meg Morris, former vice president of materials management at Covanta, one of TRC’s partners. “He started in the waste sector with very little understanding of the market dynamics and networks that are established. Where Ryan shines is his abilities in forging relationships, organizing others and being a beacon of knowledge on behalf of thermostat manufacturers. He has quickly become a go-to for HVAC issues and insights into the waste world. He fills a niche where others either cannot or will not. His attitude representing manufacturers is unparalleled with other EPR (extended producer responsibility) groups.”

Kiscaden was presented with a 2018 Waste360 40 Under 40 award and recently chatted with us about how he has excelled in his career, his newly released book and his greatest accomplishment in his career thus far.

Waste360: When and how did you begin your career in the waste and recycling industry?

Ryan Kiscaden: My career actually began in the HVAC industry, and that’s where I have been for the past 10 years or so.

I started from the ground up, working for contractors and wholesale distributors. And about five years ago, I was “poached” from that world to start working in the nonprofit sector, particularly in the recycling business.

Within the first few years, I worked my way up to executive director, and my experience with that has really been around the needs of the HVAC industry. Through this role, I fell into caring about recycling and managing the program, which includes universal waste management and other hazardous material, as well as supporting the knowledge and connections that I have in the HVAC industry.

I have a background in business, and I feel that has served me very well in my role as executive director. My role may be slightly different than most others who work for publicly or privately held for-profit companies because I work for a nonprofit that’s funded by thermostat manufacturers.

Waste360: What are some of your responsibilities as executive director of TRC?

Ryan Kiscaden: The executive director role is really similar to the role of the CEO—everything falls on my plate. I like to say that most of my days start 50-50—I’m 50 percent focused on marketing and 50 percent focused on government affairs and regulatory support. That balance really hasn’t changed in the three years I’ve been here. It doesn’t really leave much room for administration, managing staff and processes, fixing fires, holding and attending meetings, forecasting and budgeting, managing our membership and other responsibilities, but I find ways to make it all work.

Waste360: TRC celebrated its 20-year anniversary this year. Tell us a little bit about that and what that milestone means to TRC.

Ryan Kiscaden: TRC was founded in 1998 by three organizations because there was a need for a corporation like this. There weren’t any mandates or laws, so TRC really was birthed from the concept of providing a sustainable and easy solution for customers to return their mercury-containing thermostats.

Practically speaking, as a new thermostat goes on the wall, the old one needs to come down. And as thermostats started to become programmable, this replacement activity started to happen very quickly. That activity led TRC to grow from three members to more than 30 members within 20 years, which is pretty significant in terms of the operation.

For me, it’s a really interesting position to be in because I’m basically working my way out of a job. However, it’s an important corporation to be a part of and to manage on behalf of our membership and the HVAC industry at large

Waste360: What are some of the challenges that come with safely collecting and disposing mercury-containing thermostats?

In addition, the message around the importance of properly disposing mercury-containing devices is really an old message, and it’s hard to keep redressing up the same message. The awareness is always there, but we don’t want to become noise by marketing too much, which is a challenge any recycler faces.

Waste360: Beginning in 2019, October 24 will be known as Recycle Your Mercury Thermostat Day. Tell us a little bit about that.

Ryan Kiscaden: We wanted to put a timestamp on an important day, and October 24 was actually the day of TRC’s founding, in 1998. The day will really serve as a mouthpiece of awareness, and what we have found is that through our marketing and advertising efforts, contractors and consumers have become more aware of the importance of recycling mercury-containing thermostats.

We are really excited to now have the national day, and it’s really a pretty significant thing for our membership to celebrate now and in the future.

Waste360: What do you think is your greatest accomplishment in your career so far?

Ryan Kiscaden: My greatest accomplishment is being able to continue the leadership that has been laid out before me. I am the fourth executive director here, and when you look back at the history, you can see how my predecessors handled the corporation and how those best practices have been passed down from leader to leader.

Similar to others in leadership roles, I have done the self-analysis, and I have dug through the hard drives and paper files to learn the fine details of the corporation, so I can continue the mission of trying to collect and recycle that last mercury-containing thermostat.

I truly hold that mission near and dear to my heart, and it’s what drives me to do the very best I can to achieve that mission. I do think it helps that I have a strong relationship with many people in the HVAC industry and know a lot of the manufacturers of these products.

Going forward, I really hope that in this role I will be able to pay it forward and demonstrate how a well-run operation can be good for both businesses and the environment.

Waste360: You recently wrote and published a book. What motivated you to write a book, and what can readers expect to take away from the book?

Ryan Kiscaden: I’ve been working really hard at driving an organization that has been highly successful at removing hazardous mercury thermostats. In many respects, I wrote “Stay the Course: Lessons through Marketing, Business, and Environmental Briefs” as a way to memorialize my observations being in the HVAC, energy and environmental industry. My experiences center around marketing, environmental and business challenges that I faced throughout my career.

I wrote this book because I realized that when I had to confront a problem, I sometimes felt a quick dose of advice or a guidebook to avoid a misstep was sorely needed. The goal was simple: pithy, practical advice that could be applied in the workplace. My hope is that the book acts as a shortcut and gives the reader an edge from these short lessons I’ve learned.

Waste360: What would you tell someone who is interested in working for a nonprofit?

Ryan Kiscaden: First and foremost is that there are really not that many differences between a nonprofit and a for-profit. A lot of people who begin working for a for-profit believe it’s less stressful and there’s less to do, but when you look at the amount of resources you have, the amount of dollars you have and the mission you serve, it usually tends to be more work. You wear multiple hats and do multiple jobs, and it can feel more like a startup.

With nonprofits, you have to be nimble, work well with groups, be organized and be comfortable with reporting to a board as opposed to an individual boss. For people who want to try their hand at a nonprofit, you really have to check that list and think through all that.

Personally, I think working for a nonprofit looks great on a resume, and there are a lot of people who work in nonprofits for their entire career. If that’s the path someone decides to take, it’s important that they are in tune to overall trends, technologies and, dare I say, antitrust issues, where companies really think solely about themselves.

Waste360: When you’re not working, what are some things you enjoy doing?

Ryan Kiscaden: I am an avid reader, and I’m also a golfer and a drummer. I don’t know how you combine all three of those into one person, but I have somehow managed to do that. My leisure activities really revolve around that, but family is very important to me. My wife and I have a two-year-old son at home, and we just recently welcomed another son into my family in October.