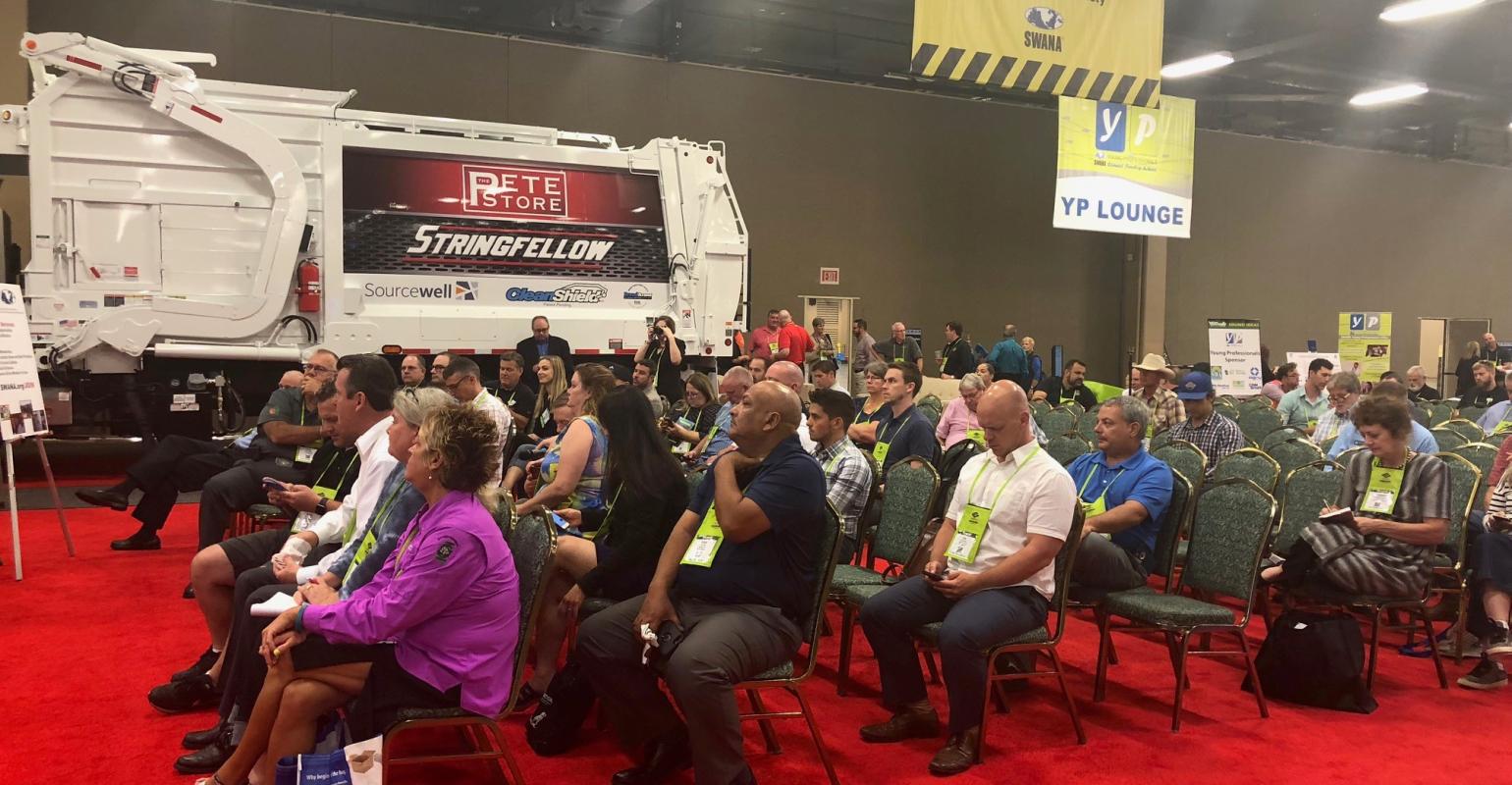 Day two of WASTECON, the Solid Waste Association of North America’s (SWANA) biggest event, taking place in Nashville, was filled with education sessions and keynote panels that covered the topics of safety, the changing market for recyclable materials, technology, definitions of recycling, workforce trends and much more. The second day of the conference concluded with a networking event at Jason Aldean's Kitchen + Rooftop Bar.

Here are some highlights from the show on Wednesday: