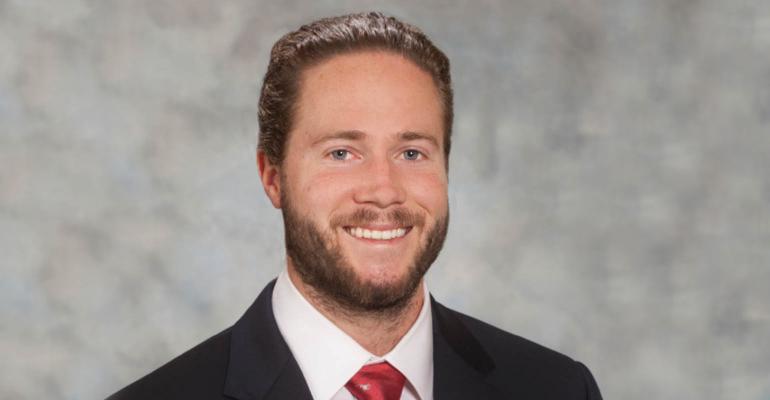 The Waste360 40 Under 40 award recipient opens up about growing up in the industry, as well as the importance of recruiting and retaining a well-rounded workforce.

Sean Jennings was pretty much born into the waste industry. A self-proclaimed third-generation garbage man, Jennings has recently taken on the role of president at Waste Pro USA.

His father, John Jennings, founded Florida-based Waste Pro in 2001. Growing up, Jennings was involved in every aspect of the business during his summer vacations. In 2014, he became the division manager for the Tampa-Clearwater area, and then assumed management of the Bradenton-Sarasota Division in 2016, building compressed natural gas and recycling facilities to meet the needs of Manatee County’s seven-year contract extension.

In addition to his promotion as president, Jennings serves as corporate secretary and on different community boards.

“Upon graduating from the University of Alabama with a degree in finance, he departed for Costa Rica to learn a different side of the business. Sean worked at a landfill there for over a year before heading back to Longwood, Fla., to enter the Waste Pro management training program,” says Keith Banasiak, regional vice president for Waste Pro’s Southwest Florida region. “During this time, he traveled throughout the Waste Pro footprint and learned everything from operations, finance, container maintenance, inventory control, fleet maintenance, safety, billing, collections, sales and marketing. It is a rarity to find an individual that shows passion for an industry at such a young age.”

“Sean is more than an up-and-coming leader within the waste industry,” adds Banasiak. “He is the prime example to the future workforce. He jumps in and assists wherever he is needed—delivering carts, networking with our contract administrators and/or elected officials or even delivering a truck to another division in our region. He’s not afraid to get out from behind his desk and get his hands dirty.”

The Waste360 40 Under 40 award recipient recently sat down with us to discuss what it was like growing up in the industry, as well as the importance of recruiting and retaining a well-rounded workforce that is centered around safety.

Waste360: You were recently named president of Waste Pro. How is that going for you?

Sean Jennings: It’s been relatively recent that I entered this position, so I haven’t been able to get out as much as I’d like to. But I am planning on getting out to visit all the divisions and truly learn who we are and understand Waste Pro on a bigger scale. My first stop will be in the Florida Panhandle to assist our divisions in any way with Hurricane Michael effects. I am still going through the transition phase, but it’s going well so far.

Waste360: Tell us about what it was like growing up in the industry and how your upbringing has helped you in your current role.

Sean Jennings: Growing up in the industry makes everything really personal. Knowing this is a business that my father, grandfather and family have been involved in for a very long time adds a deeper meaning to everything that we do.

I think some of the things I’ve learned from having that upbringing is you have to remain close to the core of the business—that’s really what’s important. By that, I mean you have to understand what it really is like to do this job day in and day out.

Waste360: Did you ever consider another career option besides waste and recycling? Or did you always know you’d end up in the family business?

Sean Jennings: I was always given the ability to decide to do whatever I wanted to do. From an early age, I always tried to keep an open mind, but over time, I couldn’t see myself wanting to get involved in anything else other than the waste business.

Waste360: What is it about this industry that most appeals to you?

Sean Jennings: There is a lot to it, but part of it is having the family connection. Beyond that, the core of our business—it’s a great group of people to be able to spend your time with and work alongside of. Being able to accomplish goals and build something special with good people is really enjoyable.

Waste360: As a third-generation garbage man, tell us about some of the challenges you faced coming up in the industry. How were you able to overcome those hurdles?

Sean Jennings: I think I still have a good ways to go [laughing]. I think some of the things I have experienced might be common to people coming up into any business. Something specific to our industry, it’s got to be being able to find a way to attract and retain a really diverse and wide range of people. That has to be the biggest challenge. You’ve got to be able to step out beyond yourself and understand a wide range of people and bring everyone together. What we have been doing that has been working for us is our recent driver trainer centers that we opened—one in Orlando, Fla., and one in Atlanta. We’re looking at potentially opening some others within our footprint.

That has really worked well onboarding people to both the business and our culture. However long it takes for them to make it through that onboarding, it continues at the division level—and it’s beyond just a strictly industry compliance level. We are making sure that they are acclimating to our culture. Having processes like this in place and having mentors to learn from is a big help for somebody coming up in the business.

Waste360: Safety has always been a major challenge in waste and recycling. What efforts has Waste Pro made to ensure the safety of its employees and customers?

Sean Jennings:  The driver training centers and onboard camera systems have really made a big difference, and they are some of the many ways we try to be safer. We have taken time to revise our onboarding process and are always searching for ways to be better teachers.

We also have what’s called The Co-Heart Program, and that has a certified CDL [commercial drivers license] instructor, Robert Bourcheau, who specifically works with our helpers who are interested in becoming drivers. He will come to any location we have and work with any helper who wants to learn to be a driver, and he has an extremely high standard of safety. Beyond that, it is a continued dedication to find the best people.

Waste360: What are some of your proudest moments of your career thus far?

Sean Jennings: So far, for me, in my experience, things don’t happen overnight, but there are moments when you realize that you have a good team assembled and strong people around you—and that’s a really nice feeling. It happens over a long period of time with everyone working toward one common goal.

Waste360: What advice do you have for younger people looking to join this industry?

Sean Jennings: If you are a person who appreciates people and who truly does appreciate different people from different walks of life and different personalities, it’s hard to imagine a better business or industry where you can be involved with so many different types of people and businesses. There are many who say that this industry has yet to be disrupted, which may resonate with many younger people. There are other reasons, like how this business is able to withstand the ups and downs of the economy, but I think that most importantly, you have the ability to work with really incredible people. This business is fairly people heavy, and it can be really fulfilling to be part of a team that can come together and accomplish a goal.

Waste360: Moving forward, what do you hope to accomplish for yourself personally and for the growth of the company?

Sean Jennings: My goals really aren’t much different than the goals of the company as a whole. We really need to continue to find ways to attract the best people who can do their job safely. The growth of the company is really centered around people. It’s people—that’s the biggest thing for us and for me going forward.