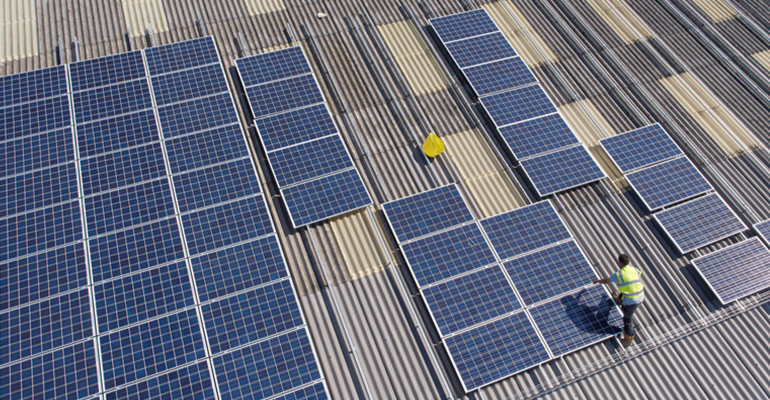 SAN FRANCISCO --Generate, a leading sustainable infrastructure investment and operating platform, today announced its official conversion to a Public Benefit Corporation (PBC). Since its founding in 2014, Generate’s vision has been to rebuild the world with sustainable infrastructure, aligning the incentives of our stakeholders for the long term. Converting to a PBC reinforces the company’s commitment to its mission.

Following approval from the company’s shareholders, Generate filed an amendment to its corporate charter and certificate of incorporation, reincorporating the company as Generate Capital, PBC. The company will continue on its existing growth trajectory, enabled by its values, its people, and its business model, which is designed to align the many stakeholders of sustainability.

“Becoming a Public Benefit Corporation makes the company’s charter consistent with the core values we have espoused since our founding in 2014,” said Scott Jacobs, CEO and co-founder of Generate. “This conversion represents a commitment to our purpose and will keep our business focused on solving the big problems that matter in the urgent fight against climate change, water scarcity, food insecurity and energy poverty. We will keep our focus on the long-term outcomes of sustainability – as we say at Generate: our time horizon is forever.”

The PBC structure and mission embodies Generate’s proven belief that there need not be a tradeoff between financial results and sustainability. As a Delaware Public Benefit Corporation, Generate’s board of directors will have a mandate to balance the economic interests of shareholders with the material interests of other stakeholders affected by the company’s operations and its stated public benefit. Generate will report biennially on its progress in achieving its public benefit.

“To build the resilient, climate-aligned infrastructure that meets our net zero emissions goals, we need everyone focused on bringing all stakeholders into the process,” said Ross Israel, Head of Global Infrastructure at Australia’s QIC and a Generate board member. “We’ve been proud to be investors in Generate because of its pioneering role in building, financing and operating projects profitably and sustainably and we believe this PBC conversion will support the company’s growth and mission.”

Generate builds, owns, operates and finances sustainable infrastructure that delivers affordable and reliable resource solutions for companies, governments and communities. Over the last seven years, Generate has invested billions of dollars to build a leading portfolio of sustainable infrastructure assets across the energy, waste, water, agriculture and transportation markets. Generate recognizes deploying proven solutions that can have an immediate impact on reducing greenhouse gas emissions and improving resource efficiency. The conversion follows Generate’s $2 billion capital raise announced in July to expand the company’s mission to new regions and sectors including smart cities and sustainable agriculture.

Generate works with more than 40 technology and project development partners to build infrastructure that serves the mission-critical needs of over 2,000 customers, including companies, universities, school districts, cities and non-profits across North America. Generate’s projects have helped create thousands of jobs across communities and the infrastructure assets already on its balance sheet are expected to prevent over 43 million metric tons of CO2e from entering the atmosphere over the course of their operating lives.

Generate Capital, PBC is a leading sustainable infrastructure company driving the infrastructure revolution. Generate builds, owns, operates and finances solutions for clean energy, water, waste and transportation. Founded in 2014, Generate partners with over 40 technology and project developers and owns and operates more than 2,000 assets globally. Generate is the one-stop shop offering pioneers of the infrastructure revolution tailored funding and support needed to get projects built. Our Infrastructure-as-a-Service model delivers affordable, reliable and sustainable resources to over 2,000 customers, companies, communities, school districts and universities. Together, we are rebuilding the world. For more information, please visit www.generatecapital.com.