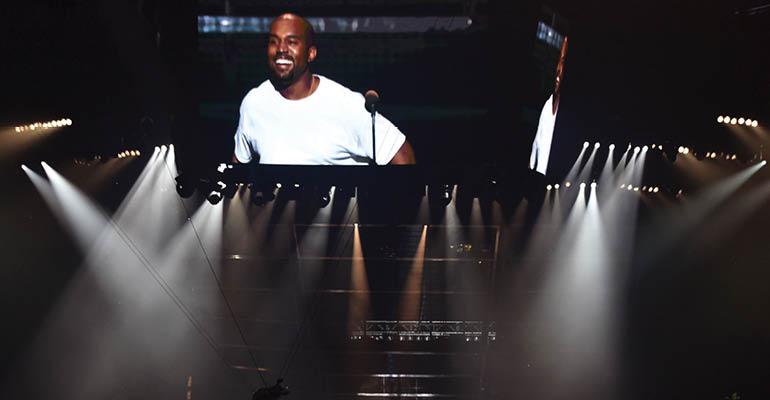 Before Tyler Ross became a well-known videographer for artists like Kanye West and Travis Scott, he worked as a garbage man.

Before Tyler Ross became a well-known videographer for artists like Kanye West and Travis Scott, he worked as a garbage man. And after juggling being a garbage man, interning and working on whatever shoots were available, he finally landed an opportunity to work with Kanye West.

Since his big break, Ross has worked on a variety of projects, including West’s “Famous” visuals, behind-the-scenes footage of the Saint Pablo Tour and the making of Yeezy Season 3 to Season 5. He also edited the five-minute video montage that West gave his wife Kim Kardashian West on her 36th birthday.

In 2013, Tyler Ross, a Canadian videographer, was working as a garbage man to make ends meet. “That was shitty,” he says. “I was shooting videos part time but I wasn’t making enough money to survive.” Over the course of the past three years, he paid his dues—interning and helping out whoever he could with shoots—and eventually got the opportunity to work with Kanye West.

Ross, better known by his Instagram moniker WhiteTrashTyler, was born in Nova Scotia, a Maritime province in Canada near the Atlantic. The son of two school teachers, he started shooting skate videos with his friends as a hobby. But it wasn’t until he began helping an old roommate make YouTube videos that he decided he wanted to pursue a career as a videographer. “I realized it was something that I was passionate about,” says Ross, who declined to give his age.

After graduating from college with a marketing degree, turning down an office job at a tobacco company, and a short stint as a garbage man, he booked a flight to L.A. to pursue his dreams. “I knew I wanted to do something more creative,” he says. He slept in hostels on Fairfax Avenue and on friends’ couches, and made connections and assisted anyone who needed help shooting or editing videos. “I learned everything when I was in L.A.,” he says.