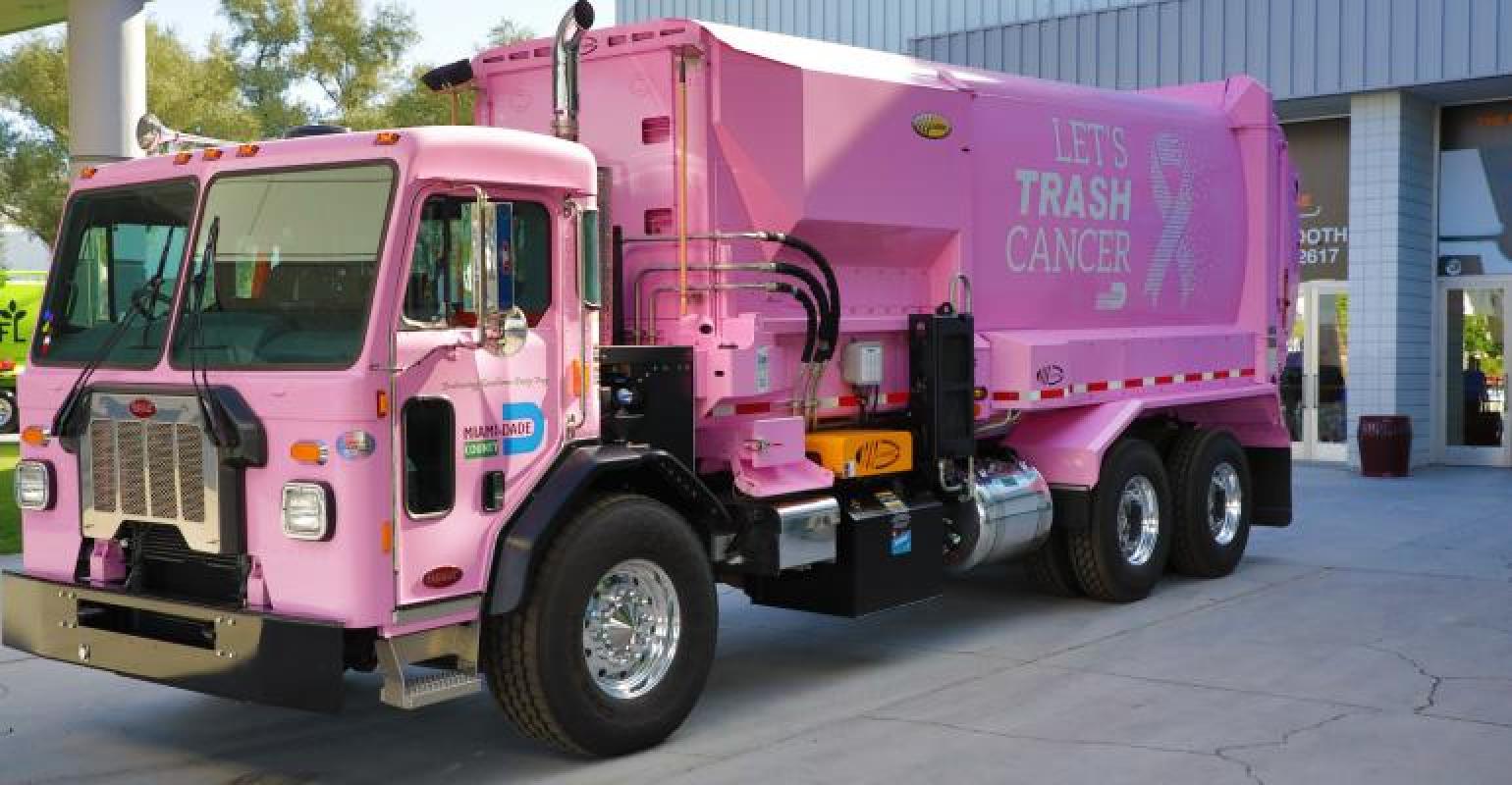 Start Slideshow ›
Waste and recycling companies are launching initiatives in an effort to kick cancer to the curb this October.

These statistics, among many others, are used to raise awareness about breast cancer during the month of October. And in an effort to educate employees and customers about breast cancer and show support to those diagnosed with the disease and those who have survived it, waste and recycling companies have launched awareness initiatives.

In this gallery, we highlight five initiatives that companies have rolled out to kick cancer to the curb this October and beyond.

Have an initiative to share? Head on over to Twitter and mention @Waste360 with the hashtag #BreastCancerAwarenessMonth.