First Quarter Roundup: COVID-19 Impacts Not as Bad as Feared 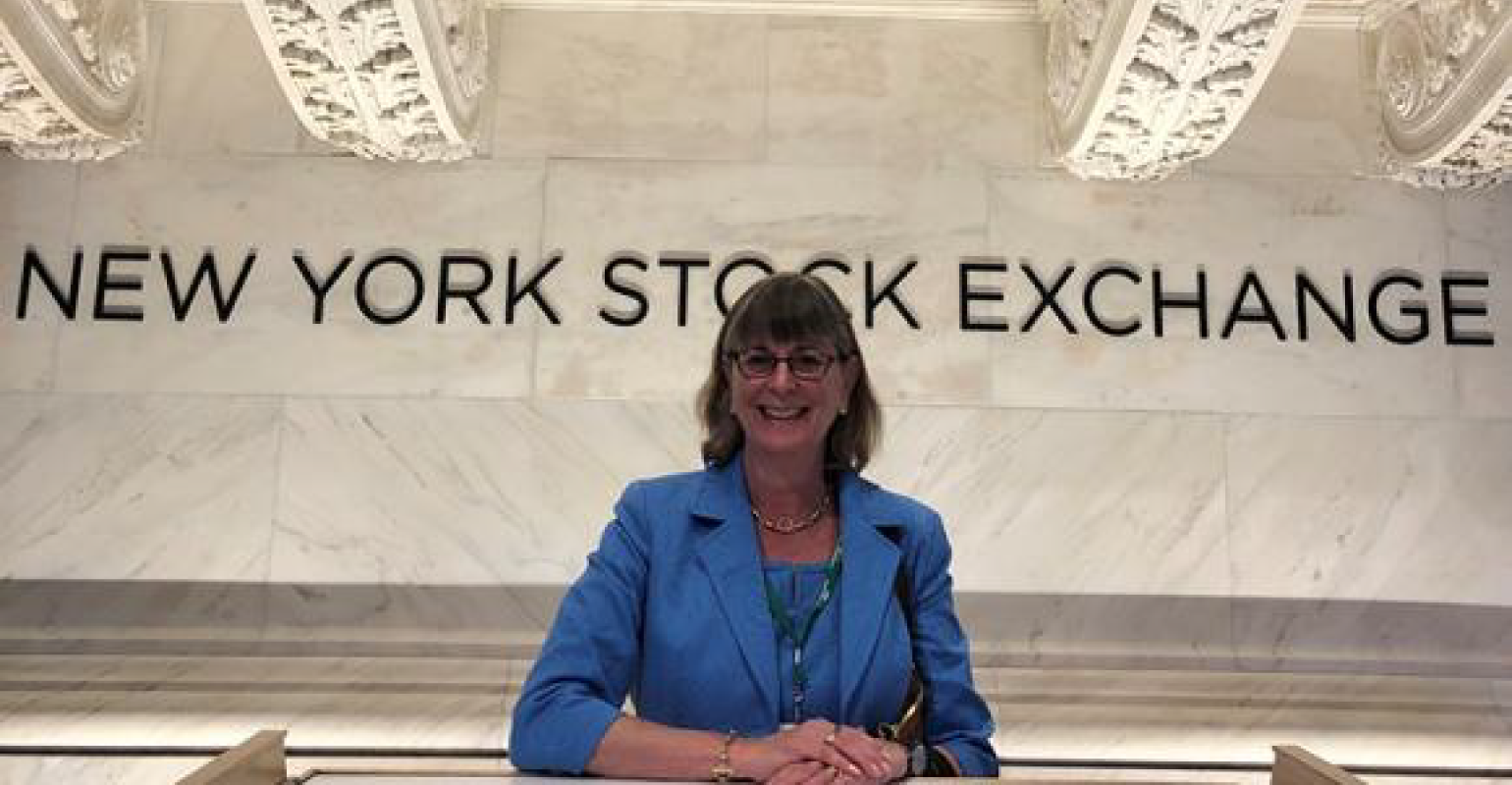 During the past week, the majority of the publicly-traded solid waste companies reported first-quarter results and held follow-up conference calls. In this month’s edition of Business Report, we discuss the themes that emerged, which were notably consistent.

A Tale of Two Quarters

All of the companies basically told a tale of two quarters. Through mid-March, management teams noted that first-quarter results were tracking in line with, or ahead of, internal expectations. Strong pricing results were the norm – Waste Connections Inc. (WCN) reported strong core pricing of 5.5 percent. Waste Management Inc. (WM) reported a 100 basis-point increase in its core price, while Waste Systems Inc.’s (CWST) landfill pricing rose more than 10 percent!

Obviously, in mid-March however the world turned upside down with the COVID-19 pandemic, and the resulting impact on the solid waste business was consistently labeled ”unprecedented,” with suddenly plummeting volumes – primarily in the commercial collection, landfill and rolloff lines of business. All the company officials talked about their first focus – ensuring the safety of their employees and providing reliable service to their customers. Most of the companies provided assurances of full employment and various paid sick-leave policies, with only Casella and Waste Connections noting a limited amount of furloughs or layoffs, and all the companies transitioned non-frontline employees to work-from-home environments in record time.

Cost reductions were generally concentrated in overtime, discretionary expenses and route optimization, while capital spending budgets were typically cut 10-20 percent. Variable costs were generally characterized as about percent of the total. WM and Republic Services (RSG) officials also announced programs to support their small business customers. WM is giving a month of free service to qualifying customers as they resume their normal service, while RSG launched a $20-million initiative to provide meals for their frontline employees sourced from their local small businesses, among other things.

April Impacts Not as Bad as Feared; Signs of a Bottom, or Even an Uptick, Emerge

Through most of April, volumes and revenues declined, and at an increasing rate, at least until mid-month. WM noted that at the peak, third-party landfill tons declined 20 percent and commercial collection fell 16 percent. But management also noted that in the commercial collection business less than 10 percent of the company’s customers had either cancelled, suspended or decreased service with less than 1 percent actually cancelling.

CWST and WCN noted same-store or organic solid-waste revenue impacts of around 8 percent and 7 percent, respectively, in April. At the same time, residential waste rose anywhere between 15-25 percent. That actually hurt the bottom line, as in general, about 75 percent of that business tends to be service based, not weight based, which results in higher disposal costs. CWST was the notable exception here, with approximately 75 percent of its residential business being subscription based, with greater ability to recover costs.

In response to the volume declines, the industry players cut anywhere between 40-60 percent of overtime, optimized or eliminated routes and parked trucks. Selling, General and Administrative expense (SG&A) savings typically included reduced travel and entertainment expense (T&E) and lower incentive accruals. That said, decremental margins were generally estimated at about 40 percent, as the volume declines were concentrated in the higher-margin lines of business.

WM put the probable overall margin impact at about 100 basis points, CWST at 150+ basis points and WCN as much as 200 basis points. WCN has the highest percentage of E&P waste revenues, where decremental margins are very high. The strong cash-flow generating characteristics of the industry came through, however, and liquidity and solvency are not an issue for the large publicly-traded players. There is some concern about forward-working capital trends, given heightened slow pay and likely increased bad-debt expense from expected bankruptcies.

Across the board, the companies noted recent green shoots and signs of a bottom, if not an uptick, that generally appeared in the last week of April or first week of May. RSG was perhaps the most optimistic in stating that a bottom had been put in, but WM also noted that the rate of volume decline had improved, while WCN noted that a number of its metrics had turned in the last week: Service increases exceeded service decreases and net new business went positive again. A number of players, including CWST and WCN, noted that rolloff trends had improved, with a resumption or pickup in construction highlighted as a bright spot.

All the companies suspended 2020 guidance, citing again consistently that the extent of the disruption from COVID-19 and the pace of the recovery, particularly for small businesses, was impossible to predict. That said, most of the management teams noted that they hope to be in a better position to provide additional clarity or resume guidance projections with the second quarter reports – particularly if the stabilization seen by the first week of May holds.

There were also a number of signposts given out. RSG noted that it still expects to have free cash flow in excess of $1 billion. WCN (with a number of caveats) put potential 2020 revenue at $5.25 billion, with a margin impact as much as 200 basis points, as previously noted, and gave a free cash-flow conversion estimate of 50 percent.

Importantly, all the company managements said they believe that industry price discipline will remain largely intact, though there certainly will be some pauses or “a push to the right,” as the companies work with struggling customers. Additionally, a number of costs continue to rise in this environment, also discouraging a change in competitor pricing behavior. The analysts were all looking for a “base” base to model from, and all the companies provided some sense of April volume or revenue declines. As the volume or revenue hits in April were generally better than feared or estimated, analysts generally raised 2020 estimates, particularly for WM and RSG. In the wake of the reports, or at least the next day, all the stocks rallied as well!

M&A May Hit Pause Button, But Remains Alive and Well

Here again, RSG was most optimistic, noting that with the pending acquisition of Santek Waste Services (which the company confirmed) that they expected a strong M&A year and thought that acquisition spending may reach $600 million-$650 million, similar to last year. CWST noted that it had closed on $13 million in acquired revenue in the first quarter, giving it a good start on its 2020 goal.

All the companies did note that there was likely to be a short-term pause, as due diligence is more difficult in a stay-at-home environment, and both buyers and sellers are re-evaluating their businesses in light of the pandemic impacts. WCN noted that deals it had expected to close by now had been pushed back at least two to three months. Although noting some delay because of COVID-19, WM noted that  “they currently anticipate being in a position to receive final antitrust regulatory approval and proceed towards closing on the Advanced Disposal acquisition by the end of the second quarter.”

Going into the first-quarter results, old corrugated cardboard (OCC) had rallied to a domestic average of $71 per ton, as per RISI Inc. data, and on May 5, it rose another $34 per ton on average. Although all the companies acknowledged the price increase, most tended to downplay its significance, though current price levels would indicate that recycling should be a tailwind in 2020. It was frequently stated by management teams that while recovered paper pricing was rising, all the other recycled commodities in the “basket,” particularly certain metals and plastics, were going in the opposite direction.

That said, the reality is also that all the recycling-contract modifications done in the past year or more to de-risk the recycling business, and put it increasingly on a fee-for-service basis, means that OCC price increases do not benefit the bottom line the way they used to. Additionally, the decline in “clean” recycled volumes from the commercial collection business (and the concurrent rise in residential recycling volumes) has increased the overall contamination level, adding another pressure to the business.