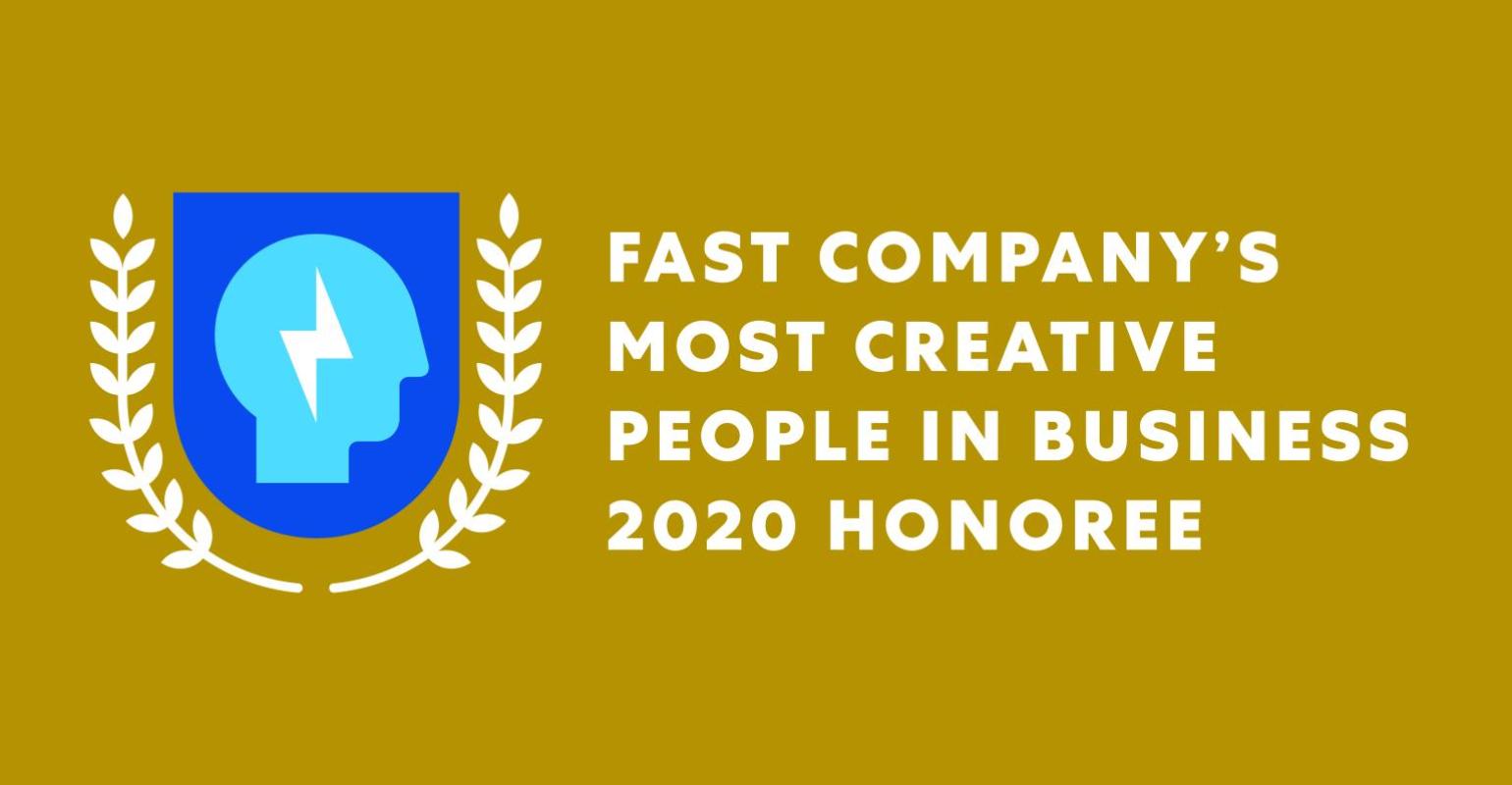 DENVER, August 4, 2020—Fast Company today announced its 11th annual list of the Most Creative People in Business, honoring AMP Robotics Founder and CEO Matanya Horowitz among an influential and diverse group of leaders from a range of global industries.

The Most Creative People in Business list recognizes individuals from such companies as Netflix, Google, and Patagonia, and institutions such as Johns Hopkins University and the ACLU of Massachusetts, who used their innovative thinking to make an impact on the world beyond financial success. These engineers, executives, choreographers, activists, designers, journalists, and founders have created something new this year within their field that’s never been done within their industries. Many achieved these societal problem-solving accomplishments in one of the most contentious and erratic times in history.

“As tremendous and humbling as it is to be recognized among the ranks of so many visionaries, I know our success wouldn’t be possible without the collective efforts of the team we’ve built at AMP and the tireless work we’re doing to reimagine recycling,” said Horowitz. “It’s been an exceptional year, and I’m so proud of the way our team adapted to the interruption and changes brought on by the pandemic to keep installing robots and keep the essential industry of recycling running. We continue to ramp innovation in our development of leading AI and technology applications for recycling, and in how we make it available to the industry with financing options that create an entry point to cutting-edge technology today.”

Last September, AMP achieved a milestone in the commercialization of advanced automation with its deployment of 14 AI-guided robots for recycling—the single largest in the United States and likely the world—at Sarasota-based Single Stream Recyclers. AMP raised Series A funding of $16 million in November, led by Sequoia Capital with participation from leaders in sustainable investing including Closed Loop Partners, Congruent Ventures, and Sidewalk Infrastructure Partners (“SIP”), an Alphabet Inc. (NASDAQ: GOOGL) company.

The global recycling industry has been in economic crisis over the last couple of years as China and other international importers of recyclables enacted stricter requirements on the purity of recycled materials, rejecting bales of recycled commodities that failed to meet heightened quality standards. Already beset by chronic labor shortages and high turnover due to the nature of sorting trash, COVID-19 exacerbated the recycling crisis—sorting facilities weren’t designed to support social distancing, forcing many to suspend operations. Moreover, the dramatic changes in consumer buying patterns caused by shelter-in-place guidelines created further challenges for the industry. The “Amazon effect” and increase in home deliveries, along with stockpiling of products like tissue and other essentials, has driven higher demand for cardboard and paper. This trend, combined with added urgency around worker safety and resultant operational challenges, resulted in the diversion of tons upon tons and millions of dollars of valuable materials to landfill. It all amounts to impediments in the flow of recyclables, an important source of raw material for remanufacturing, and compounds the environmental calamity happening with waste everyday.

AMP’s technology and automation is helping the industry overcome the recycling crisis by modernizing the way we recycle—keeping recycling businesses open, ensuring worker safety, increasing productivity, improving bale purity, overcoming labor shortages, lowering the costs to recycle, diverting materials from landfill, and increasing overall rates of recycling and material recovery. Not only has AMP applied technology akin to the “Fourth Industrial Revolution” to combat the crisis, but it has innovated on the “robots-as-service” business model, offering the industry an alternative to the typical high-cost barrier of new technology adoption. The AMP Cortex™ Lease makes AI and robotics technology more attainable than ever to businesses of all sizes recovering recyclables for the domestic supply chain.

On the heels of being recognized as one of Fast Company’s Most Innovative Companies for 2020 earlier this year, AMP also notched a milestone of identifying, sorting, and picking its one billionth piece of material over the previous 12 months—targeting and removing one billion individual recyclable items from billions of other materials in the waste stream. This achievement demonstrates the productivity, precision, and reliability of AMP’s artificial intelligence application for the recycling industry, and represents a meaningful environmental metric in the reduction of greenhouse gas (GHG) emissions by approximately half a million metric tons.

Fast Company editors and writers spent a year researching candidates for the list, scouting every business sector: nonprofit, technology, healthcare, media, government, entertainment, startups, and more. The people selected have all accomplished something truly innovative within the last 12 months that is having measurable effect on their industries and beyond. They’re also discoveries—none has ever been profiled in Fast Company in print before. Together, they represent the future of business.

“Each year, we recognize artists and conventionally creative people making their mark on business and corporate executives deploying creativity and innovation to address some of the biggest challenges facing businesses and society,” says Stephanie Mehta, editor-in-chief of Fast Company. “Individually and collectively, the Most Creative People are an inspiration.”

Headquartered and with manufacturing operations in Colorado, AMP Robotics is applying AI and robotics to reimagine recycling, enabling a world without waste. The AMP Cortex™ high-speed robotics system automates the identification and sorting of recyclables from mixed material streams. The AMP Neuron™ AI platform continuously trains itself by recognizing different colors, textures, shapes, sizes, patterns, and even brand labels to identify materials and their recyclability. Neuron then guides robots to pick and place the material to be recycled. Designed to run 24/7, all of this happens at superhuman speed with extremely high accuracy. With deployments across the United States, Canada, Japan, and now expanding into Europe, AMP’s technology recycles municipal waste, e-waste, and construction and demolition debris.

Fast Company is the only media brand fully dedicated to the vital intersection of business, innovation, and design, engaging the most influential leaders, companies, and thinkers on the future of business. The editor-in-chief is Stephanie Mehta and the publisher is Amanda Smith. Headquartered in New York City, Fast Company is published by Mansueto Ventures LLC, along with our sister publication, Inc., and can be found online at fastcompany.com.