For E.L. Harvey and Sons’ BJ Harvey, it’s People that Matter Most 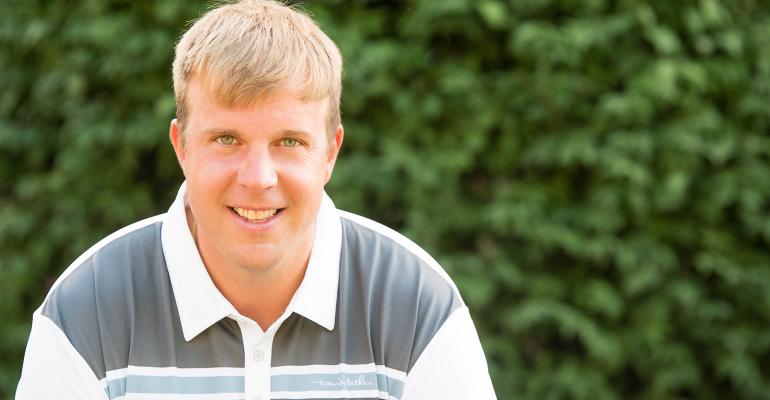 The Waste360 40 Under 40 award recipient discusses some of the challenges that he’s faced throughout his career, as well as some of the ways he is trying to keep things current at the family business.

Benjamin James “BJ” Harvey is known across the waste and recycling industry for his strong work ethic. And over the course of his career, he has learned that people—and caring for people—is by far the most important asset of any company.

At age 39, he is the executive vice president of his family’s company E.L. Harvey and Sons, where he handles the day-to-day operations and is the youngest person to sit on the company’s board. In addition, Harvey has served as chairman of the Future Industry Leaders Alliance (FILA) since 2007.

Scott Dols, president and CEO of Trucks & Parts, has known Harvey for more than 10 years and has worked with him and his company on numerous projects.

“BJ works hard every day. He understands the meaning of hard work and has shown his ability not to be turned away from a challenge,” says Dols. "BJ has been involved with his family's business for 12 years. He has taken the company and tripled it in size. E. L. Harvey is over 100 years old, and he is the next generation of managing, using data and information. He always is asking and questioning what would be considered the ‘standard quo.’”

The Waste360 40 Under 40 award recipient recently sat down with us to discuss some of the challenges that he’s faced throughout his career, as well as some of the ways he is trying to keep things current at the family business.

BJ Harvey: The business has been in the family since 1911. When I first got out of college, I did not want to get back into the family business because I had kind of grown up in it. I had painted containers, driven forklift trucks and done some grunt work, but I never really saw myself getting back into it.

I was in the finance world for a couple years. I had an opportunity when a bunch of my friends were moving to Charleston, S.C., and I said, “let’s give it a go.” So, I interviewed with Republic Services in Charleston and really liked the group of people that I met with, and I was comfortable since I grew up in the business. I understood what we were striving to do.

That was my first entry into the industry—in 2004 with Republic Services in South Carolina. They had just bought Fennell Container Company, so it was a fairly good-sized company. I was managing their transfer stations and recycling business. I was down there for a little over a year, and I got my feet wet and learned a lot. Then, I had the opportunity to come back to the family business and have been back ever since.

Waste360: You’ve served as chairman of FILA since 2007. Tell us about how you got involved with FILA, as well as some of the group’s key initiatives.

BJ Harvey: Bruce Parker was the president of NSWMA [National Solid Waste Management Association], and there were more and more younger people getting involved in the waste industry as some of the folks were aging out a little bit. His vision was to bring back the group of future industry leaders, which was a group years ago, but they had all aged out. So, for a while, there wasn’t that middle ground—everyone was older, and there weren’t many younger people. As he saw some of the younger folks starting to get into the business, he reinvigorated the future industry leaders. So, a group of 10 of us met in his office, and then we said, "This sounds like a good group. Let’s put it together and see what happens."

It took three years of just getting the name out there and introducing it to people before it really started to gain some traction. Now, it has grown into a fantastic group of younger leaders coming up in the waste industry.

We mainly focus on networking and training, and we had dabbled with a mentor program that had some success. They just had a conference in Washington, D.C., with a lot of training and networking sessions. It’s great to get people from all around the country together to talk about what’s going on in different regions. And, really, we’re always trying to enhance the day-to-day business operations that people face.

Waste360: Your company has been family owned and operated for more than 100 years. How are you keeping things current in a constantly changing industry?

Our focus is going to continue to be on strengthening the company’s balance sheet first and then on strategic growth. You need a lot of different components to do that, but social media and a good branding and marketing program has been really strong.

Waste360: What is the most important lesson you’ve learned while working in this industry?

BJ Harvey: I’ve had the fortune of receiving some really good leadership and mentoring from my family, but also from other people who have been in the waste industry for a long time. My mentor has always been Mickey Flood [founder of IESI], who has taught me a tremendous amount about this industry with his success in it.

The biggest thing that anybody could ever teach you in this industry is that people and caring for people is by far the number one and most important asset of any company. That has been engrained, whether it be anybody around this company or any of the people that I had the privilege of and pleasure of meeting. You have to treat people with respect, and you have to take care of them.

Waste360: What are some of the challenges you’ve faced throughout your career?

BJ Harvey: I think the hardest thing—whether you’re starting in a publicly traded company or you’re coming back to a family business—is finding your identity and having the people who work with you or work for you believe in your focus and your goals. What I have been fortunate about throughout my career is having been able to work hard to get there, but then having great people around me who have bought into our plan—whether at Republic or this company. That’s always a challenge because I think a lot of people have a lot of good ideas. And executing those ideas and having people who can help execute those ideas with you is always a challenge. And that’s one thing in which I have been extremely fortunate, especially at this company. We have a great team of people working toward one common goal.

Waste360: How is your company recruiting or encouraging young professionals to get involved in the industry?

BJ Harvey: That’s a little bit of a struggle. We are in the process right now of redesigning our office, and hopefully that will attract some talented folks from an office perspective—whether it’s customer service or accounting. Then, from a driver recruitment perspective, we are offering driver bonuses, but we do a great job of continually updating our fleet, so most of our guys are in new trucks that have all the new technology. And it’s the same thing with our operators and maintenance staff, we are in the process of building a new garage.

I think continuing to update and make sure that people have a good work environment to come to every day is extremely important. We really work hard at trying to do that. The other thing is to make sure we are out and that we talk to our people and make sure that, overall, it’s just a good experience to come to work. That referral piece is huge, so if people are talking to people and say, “Oh, this company is great. You want to come to work here because they treat their people great. They have good equipment, they have a great office, and there’s great people around.” That is what we try to do.