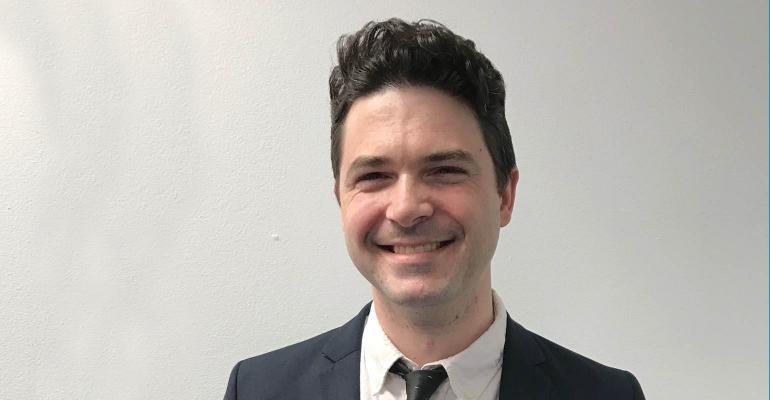 The Waste360 40 Under 40 winner discusses the challenges and benefits of a commercial waste franchise zone system and what such a system could mean for New York City.

The franchise system, which is expected to provide benefits such as reducing truck traffic associated with the commercial waste business, improving safety, creating fair and predictable pricing and cutting greenhouse gas and air pollutant emissions, has caused a debate amongst those involved in the industry. Some feel such a system could put small- and medium-sized haulers out of business, while others feel it could help overcome some of the industry’s current challenges.

“Justin is overseeing an industry-wide transformation in New York City,” says Gregory Anderson, DSNY chief of staff. “The commercial waste zoning project will lead New York City's businesses on the path toward a safer, more sustainable and more efficient waste management system. This initiative represents the greatest change to the city's commercial waste management system since the creation of the Trade Waste Commission to root out mob influence in the 1990s. Reforming the way waste is collected and processed is key to putting the city on a path toward zero waste.”

Earlier this year, Bland was honored with a Waste360 40 Under 40 award. He recently sat down with us to discuss the challenges and benefits of a commercial waste franchise zone system and his proudest career moment thus far.

Waste360: How did you begin your waste and recycling career?

Justin Bland: My background is in urban planning, and that’s what I went to graduate school for. After getting my degree, I was looking around for a city job and ended up landing one at a small city agency called the New York City Independent Budget Office (IBO), which is kind of like a city version of the Congressional Budget Office.

While I was there, I did nonpartisan research on city policy, revenue and spending and had a portfolio that looked at infrastructure and environmental policy. I worked in the parks department, and water and sewer utility and sanitation services were part of my portfolio. That’s how I got my start in anything in the waste and recycling world.

After spending about three years at IBO getting to know the ins and outs of the agency’s budget and policy, a position opened up with the new administration and Kathryn Garcia working as a policy analyst at the commissioner’s office. It was a natural transition for me, as I was going from an analysis-based job to more of an active policy planning job.

Waste360: Tell us about your role as director of commercial waste zoning.

Justin Bland: I’ve been in this role for about two years now. When I first started, I was an all-around policy analyst for anything that would come to the commissioner’s attention. I focused on strategic planning, and one of my first projects was a feasibility study on commercial waste franchising in New York City. We didn’t have an opinion at the time, and there has since been a couple years of advocacy and a lot of complaints from neighborhood groups and environmental justice advocates about conditions in the industry.

We have been using other cities like Los Angeles as a model, and we are ultimately committed to the mayor’s OneNYC plan, which is part of our overall zero waste to landfill goal. As part of our commitment, we conducted a study of commercial waste zones to see if it would provide benefits like reduced truck traffic, operational efficiencies, improved recycling and labor conditions, etc. I wrote up that study, and after seeing the results, we were convinced that the system was something worth pursuing.

The current conditions are very inefficient, and the city has about 100 different companies operating on top of each other, running very long routes, driving unnecessary miles, etc. We are committed to implementing some sort of commercial waste zone policy, and it has become my job to do that. As the full-time project manager for the commercial waste program, I have been helping develop our implementation plan, which is a detailed outline of how we’re going to structure the program and what we want to see achieved. This has been nearly a year-long process, and we’re getting ready to release the plan publicly sometime this summer.

Waste360: What are some of the expected benefits of implementing a commercial waste zone system?

Justin Bland: We’re looking at this to be something unique for the conditions of New York, which are unlike any other city’s conditions in the country. This is part of the reason why we are taking our time to develop the plan and to conduct the contracting process. We are still several years away from awarding contracts and transitioning customers, and part of having that long timeframe is to make sure we think through everything that goes into a complicated system in a complicated city.

As part of our process, we are also involving as much stakeholder input as possible. We’ve been talking, and will continue talking, to everybody that this policy affects. The biggest stakeholder group is really the customers since they’re the ones who would have their service provider possibly changed or altered. Some customers may have strong oppositions of a system like this, but we want to hear all feedback so that we can try to find a middle ground that works for everyone.

We are developing the system with small- and medium-sized companies in mind, and we know that we want to design something that allows the existing industry to still be viable in the future. We don’t want to put anyone out of business because they are a certain size, and the current market in New York City for commercial waste collection is very dispersed—there are a few large players and a lot of medium and small haulers.

Instead of creating exclusive franchise zones, we are creating nonexclusive franchise zones that will be made up of about three to five haulers per zone. With the size and density of New York, we can do something like this and have incredible efficiency gains compared to the present situation. If we do this right, we will provide good opportunities for small- and medium-sized carting companies.

Waste360: Are there any lessons learned from the implementation of L.A.’s franchise system and its growing pains?

We have had many discussions with different types of customers, representatives, business groups, trade associations, business improvement districts, etc., and found that customers want to have some sort of choice if their carter is not living up to their agreement. To meet that need, we decided to go with a nonexclusive franchise system. Having a few haulers in each zone gives customers a choice if they experience a bumpy transition or want to switch to another carter for any number of reasons.

One of the biggest challenges in L.A. was that the city was in charge of troubleshooting every problem that came up, and they tried to do a big transition in a short timeframe. I think we will have a much longer transition phase to try and avoid some of those challenges that L.A. faced.

Waste360: What is one accomplishment you are proud of in your career thus far?

Justin Bland: I would have to say releasing the strategic plan, which was the first strategic plan that DSNY had ever done. It was the first comprehensive, proactive document that addressed everything the agency did and how it could be improved. The next progress report is about to come out on that.

Also, taking the idea of a commercial waste zone, looking at it in an unbiased way without a predetermined outcome and being able to start a policy based on research has been a great opportunity and experience for me. I am excited to implement something in the future that will have a big impact on the people and businesses of New York.

Waste360: What advice do you have for people who are looking to start a career in this industry?

Justin Bland: Be openminded and be open to diving into whatever work needs to be done or whatever field needs talent. Also, don’t have a preconceived notion about the field until you’ve done some work in it. Five years ago, I did not think I would be entrenched in the solid waste field, but here I am, and I am very happy to be here.