Dr. Pepper Asks if It Can Be a Recycler, Too 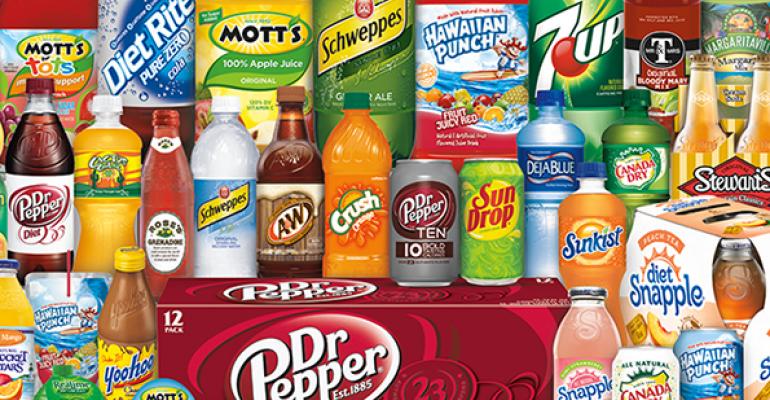 The Plano, Texas-based company, which also produces drinks such as A&W, 7UP and Squirt, said it made the contribution to meet a U.S. beverage container recycling rate of 60 percent by 2030. The company also gave $1 million to Keep America Beautiful to provide recycling bins in public parks.

Kelly Smith, director of government affairs and sustainability for DPS, says since the firm spun off from Cadbury in 2008, manufacturing initiatives have resulted in more than 75 million pounds of plastic removed from the waste stream. Also, the company recycles more than 85 percent of the solid waste generated by its manufacturing operations, and is trying to achieve more than 90 percent.

“We’ve seen that recycling has hit a little bit of a headwind right now, such as the drop in prices of commodities and general consumer malaise with recycling, there’s just not a lot of fervor behind it right now,” Smith says. “We thought it was an important time to make a commitment.”

She says her firm picked Closed Loop as a way to become part of the discussion on how to improve national recycling efforts. The relatively young fund has a goal to provide $100 million in loans to cities and companies for recycling infrastructure and modernization. Investors such as DPS become board members of the fund, and participate by providing recommendations for where the loans will be distributed and on research efforts.

“We hope to be heavily involved in the discussions, and to help learn the best methods for recycling,” Smith says. “We’re excited to have involvement, and to be able to influence infrastructure and market questions. It’s a lot more attractive than just writing a check.”

Bridget Croke, a director of partner relationships with Closed Loop, says the fund has just started its first investments since its inception in 2014. She says the fund is looking for innovative new methods for recycling, such as making new roads with glass bottle waste, or how to find ways to recycle difficult materials such as drink pouches. The fund will be announcing two projects on March 16.

“We’ve seen that, clearly, commodity prices are a challenge for the industry,” Croke says. “We want to focus on keeping materials out of landfills, and invest in recycling efforts and material recovery facilities that are trying new things to stay profitable. We’re looking to invest in methods that reduce the cost of the system, or that reduce contamination. Mostly, we’re trying to figure out ways to eliminate the bottlenecks in the system.”

If the 10-year plan is successful, the investors will see a return on their investment, as the loans to companies will have a small percentage rate (the loans to cities will be zero-interest), Croke says. Hopefully, this will spur other companies to join in the effort, she says.

Smith says her firm believes strongly in improving the single-stream system to allow more consumers to recycle their products. “It’s important for the planet, and it makes sense for the business,” she says. “We can do good for the environment, and increase the value of the materials to make sure there’s a solid system to recycle our products.”