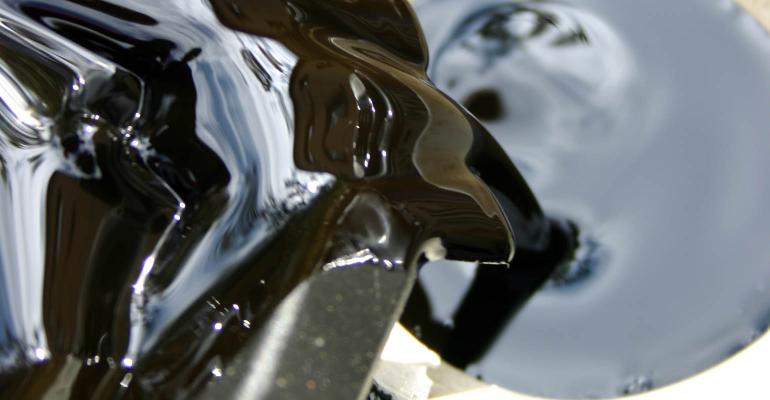 Part three of a three-part series this week highlights programs in California and South Carolina and how successful DIY recycling activity happens.

In a multipart series this week, Rob Arner, consultant with Re-gain Enterprise, will examine the complexity of defining and regulating used oil and automotive byproducts. Read part one here. Read part two here.

California has the largest state oil recovery program. In 2008, a total of 85.0 million gallons of used lubricating oil were recycled. Most of the oil, about 72 percent, is managed by private entities such as companies that perform oil change services or maintain their own fleet of vehicles. The remaining 28 percent of the oil was collected at public collection sites such as local government programs, curbside collection programs and certified centers.

The combined estimate for all public collection accounts for approximately 23.5 million gallons of used lubricating oil collected, or 5 percent more than the 22.4 million gallons collected in 2007.

In September 2009, significant changes were added to the program. The California Oil Recycling Enhancement Act restructures the lubricating oil recycling fee and the used oil recycling incentive payment system, streamlines the used oil grant programs, promotes the production and use of re-refined oil, makes changes to the used oil certified collection center program, and makes various changes to the handling and management of used oil.

This law is designed to discourage the illegal disposal of used oil. This law required oil manufacturers to pay CalRecycle 26 cents/gallon through December 31, 2013, of lubricating oil sold in California. As of January 2014, the fee decreased to 24 cents/gallon. Registered industrial generators, curbside collection programs and certified collection centers are eligible to receive an incentive payment from CalRecycle.

Used oil filter collection is extremely low, with only 1.1 million DIY filters collected in FY 2005-2006, a collection rate of only 7 percent. An estimated 13.2 million filters containing more than one million gallons of used, undrained oil from DIYers were lost. There is no economic incentive for collection centers to take used filters unless they pay for the hauling cost of used filters in California. In 2006, an estimated 15 percent of households changing their oil resulted in less DIY oil improper disposal. CalRecycle’s ability to measure what is happening is why the program is a model and one of the nation’s most effectively managed DIY oil programs.

The used oil program has been successful in increasing the volume of used oil collected and recycled in the state. In the mid-1990s, between 55 million and 60 million gallons of used oil (both lubricating and industrial oil) were collected annually, with recycling rates below 45 percent. Collection grew to 116 million gallons by 2003, while the collection rate based on collectable oil leveled off at about 72 to 73 percent. Since the program’s inception, approximately 1.75 billion gallons of used oil have been collected and managed. Despite the success of the program, a large amount of used oil, perhaps on the order of 36 million gallons annually, still is improperly disposed. About 16 million gallons of this amount is industrial oil. While an estimated 70 to 80 percent of available lubricating oil is collected, only about 55 percent of industrial oil is collected. In addition, there has been extensive debate over the past several years about the relative environmental merits of different end uses for collected used oil. Various studies have been conducted in California and around the world, but none has been comprehensive in examining both the environmental and economic impacts of the various disposition routes.

South Carolina's statewide used oil recycling program targeting do-it-yourselfers continues to flourish. Similar to California, the state has a tax on every quart of oil sold, and this advanced disposal fee stimulates greater recovery of these petroleum byproducts. Through a combination of technical assistance and grant funding for local governments, the office has helped develop one of the nation's most comprehensive used oil recycling programs targeting DIYers.

DIY oil changers in South Carolina recycled 984,437 gallons of used motor oil in 2010. Since the used oil recycling program began in 1990, DIYers have recycled more than 17 million gallons of used oil. There are nearly 900 sites across the state for DIYers.

To assist farmers with the proper management of used oil generated on the farm, South Carolina Department of Health and Environmental (DHEC) continues to encourage local governments to establish oil recycling sites for farmers. Agricultural oil tanks typically hold 600 gallons of used oil and are fitted with a pump and hose in an effort to make it easier for farmers to deliver up to 55 gallons of used oil at one time. Such tanks are currently available at 66 locations.

The most recent information about the program is as follows:

Today, the most successful DIY recycling activity happens when consumers return their used oil to auto supply stores and new business is stimulated by this take-back. The best example of this is lead batteries, which had a 99.3 percent recycling rate in 2017. According to the Battery Council International, this is the leading used consumer product returned. However, it is unknown what the status is of used oil DIY disposal and recycling in the U.S.

API is the one that reports on our oil and gas waste. Its Model Used Oil Legislation promotes states to tax motor oil sales to fund used oil recycling programs. California, South Carolina, Tennessee and other states that have a tax on motor oil have the best programs. The draining, recycling and reusing of used oil, filters, bottles and antifreeze requires the same type of program for lead batteries. The improper disposal of used oil, oil filters and antifreeze by those who perform their own automobile maintenance is a ubiquitous challenge.

Sixteen years ago, the number of motor oil recycling listings had tripled to 36,000. Good public education/outreach, convenience collection locations and curbside collection are key facets to getting consumer participation. Yet, without funding public awareness and a management program, these recovery efforts will not happen.

How much the DIYer is contributing is certainly less than 40 years ago. In the last few years, have DIYers increased due to our economic woes? Used oil does not only originate from the crankcase draining of cars, trucks, motorcycles, buses, lawn mowers, boats and planes but from all types of machinery and industrial applications as well, which may make contamination more likely. Re-refining represents the best attempt to return used oil to its original state.

Aftermarket corporate leaders benefit on used oil recycling since they recapture increased business, retain customer loyalty and this environmental stewardship—a triple bottom line. There is no better champion then Advance Auto, which in 2017 had more than 5,000 collection sites recycling more than 5.8 million gallons of used oil where more than 90 percent was re-refined into new lubricants. This amount was enough for 2 million families to take a cross-country road trip.

Every motor vehicle administration in the U.S. could, at a minimum, promote such recovery. To best manage oil byproducts, a tax similar to the one quarts of motor oil sold will best track this waste.

Increased awareness is essential to stimulate greater support, extending oil changes beyond every 3,000 miles to 9,000 or more miles (when applicable), using synthetic oils, utilizing reusable oil filters, oil bottle recovery and used oil and antifreeze recycling. Better accounting and management of such automotive byproducts as used oil, filters and other hazardous wastes will benefit this country.