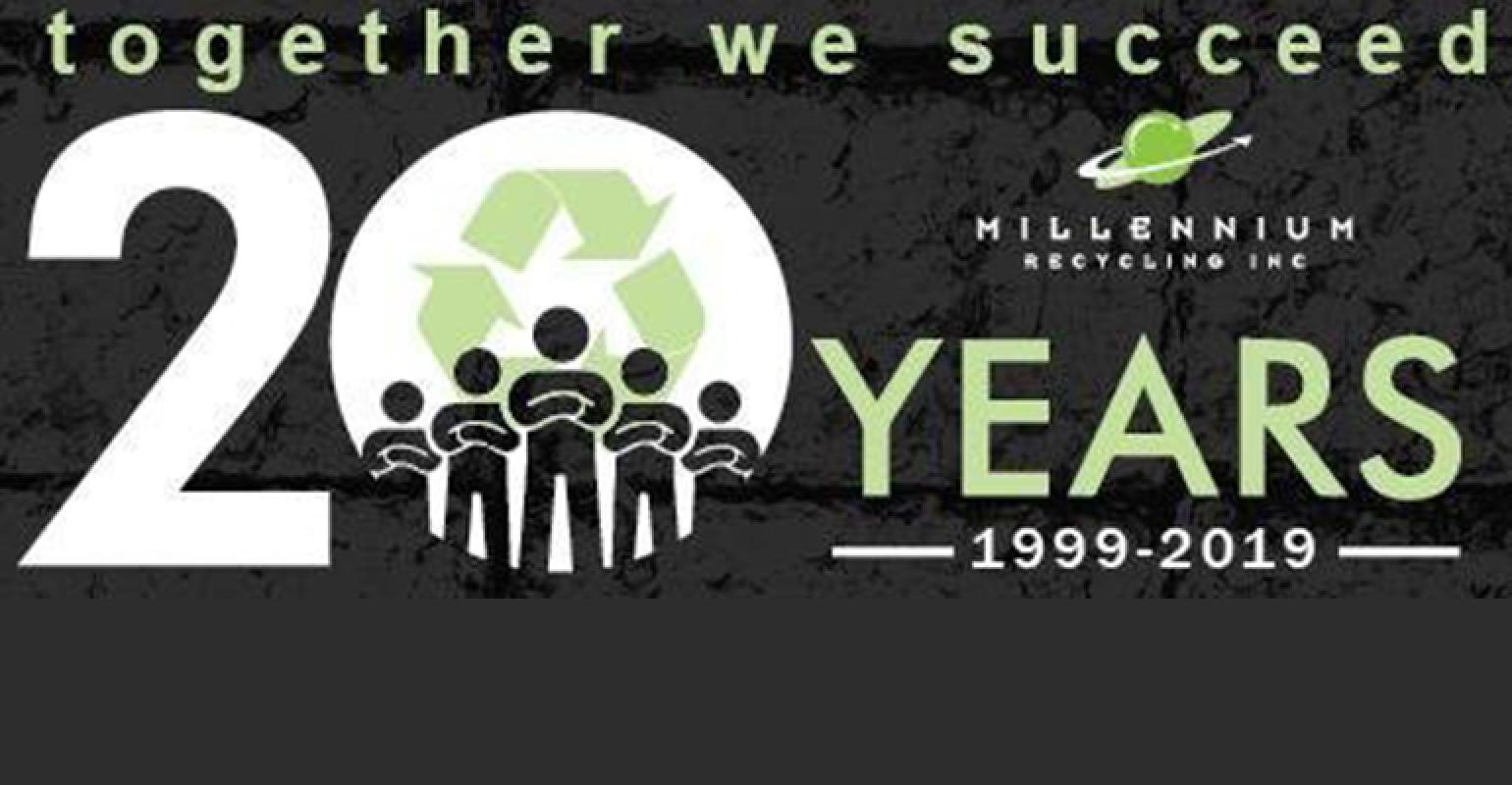 Rather than dwelling on industry hardships, Millennium Recycling is using 2019 to celebrate its growth and success.

Sioux Falls, S.D.-based Millennium Recycling Inc. is celebrating its 20th anniversary this year. And instead of dwelling on hardships, the company is using 2019 to celebrate its growth and success—even during a more volatile time in the industry.

Although Millennium Recycling has experienced what owner Jake Anderson referred to as “down time” in the current market, over the years, the company has weathered storms by embracing new technology and lessons learned, according to the Casper Star Tribune.

Jake Anderson kept the house he owned in the Twin Cities when he moved away to start his own recycling business.

After working in the industry for a Minnesota-based company, Anderson bought a small recycling company in Sioux Falls that had fallen on hard times and moved into a triplex in the center of the city.

He took on a shop with eight employees, uncertain of the future and hoping to make a mark.