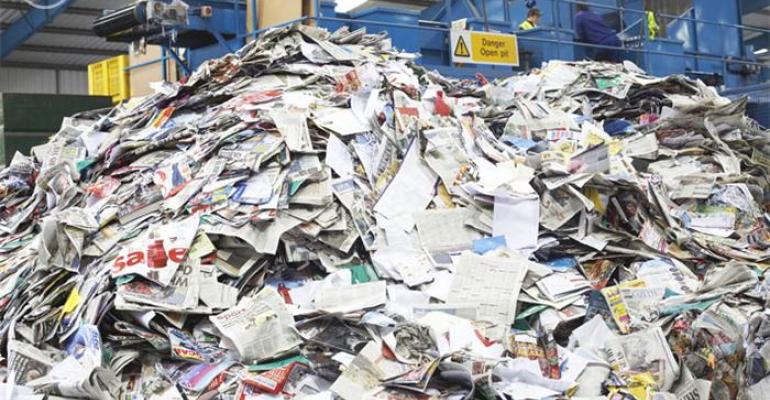 China has been the top importer of U.S. recycled paper— taking in 2.73 million tons of U.S. cardboard during the first half of 2018.

China’s latest round of tariffs against the U.S. has hit the recovered fiber materials market. The tariffs come in the wake of China’s announcement that it would ban most plastics and other recycled goods from the United States earlier this year.

And some Chinese companies have taken advantage of the trade war with the U.S. In May, Nine Dragons bought two pulp and paper mills in Maine and Wisconsin from Catalyst Paper Holdings. In August, China’s third-largest recycled paper producer signed a deal to acquire a mill in Kentucky. This allows those companies to not only sell directly within the U.S. and also to ship paper remanufactured in the U.S. mills back to China without paying a tariff.

There’s a trade war going on between China and the United States. Billions of dollars in new tariffs have been levied on aluminum and steel and also on recycled paper pulp. While not as well known, the levy on the little-known waste product could bankrupt an already taxed recycling industry.

China’s latest round of retaliatory tariffs against the U.S. includes something called “recovered fiber materials,” basically, recycled paper, the newspapers and cardboard that we put in the recycle bin. Recycling trucks collect paper, bundle it up at local centers, and sell it as bales, mostly to China, to be remanufactured into new products. It’s the cycle of recycling. And now there’s a potential tariff on those exports.