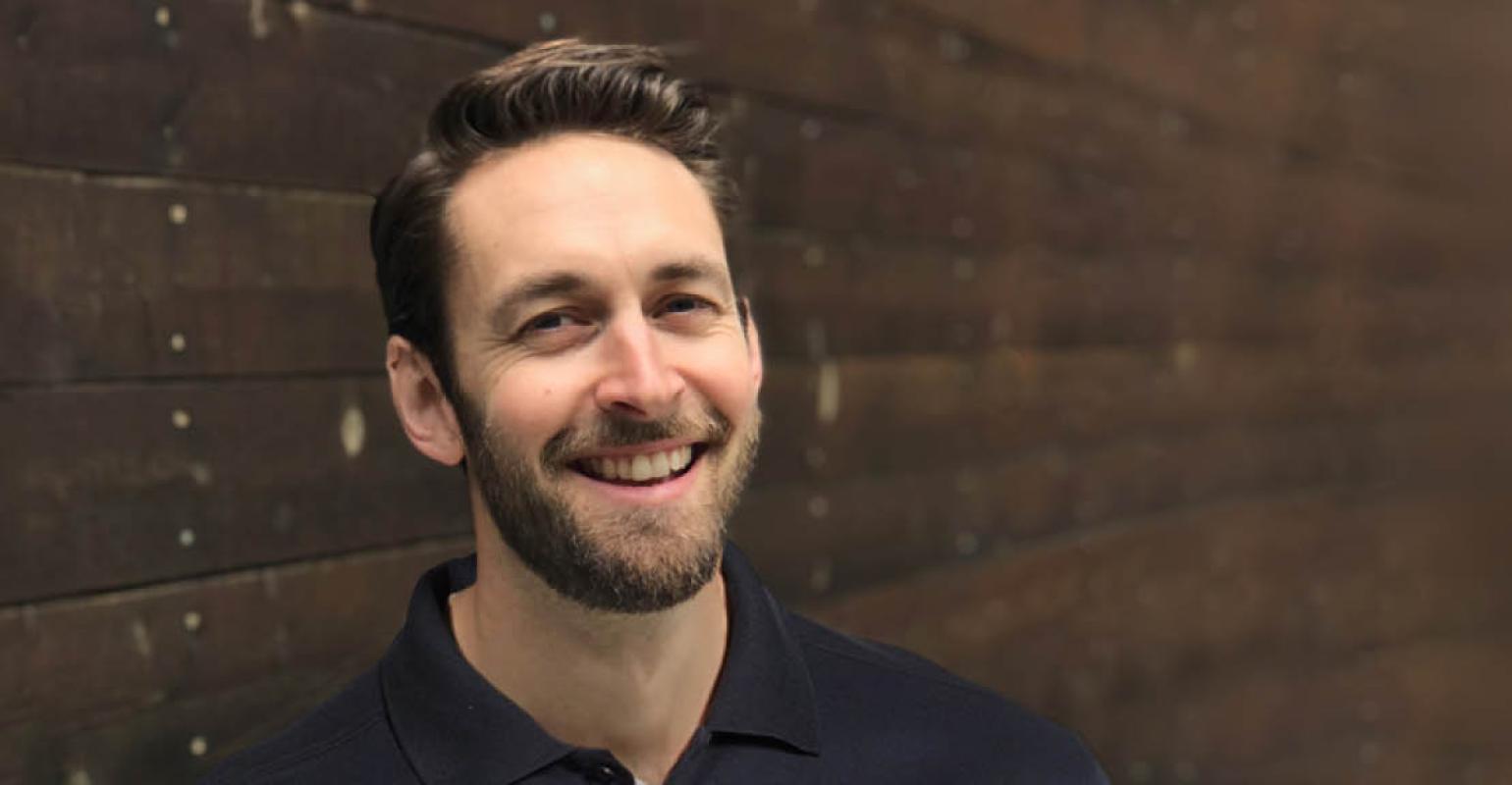 Waste360 40 Under 40 award recipient Daniel Dodd discusses waste gasification technology and his career in the industry.

But prior to his current role at the privately owned waste-to-energy gasification company, a chance meeting led to his first encounter with the waste industry. Before attending the University of Bristol in England to study aerospace engineering, Dodd worked for Goodrich Aerospace in England, where he quickly learned the old adage, “You get out of life what you put in.”

Having received an Engineering Leadership Award scholarship from the Royal Academy of Engineering, Dodd was able to study abroad at UC Davis in California, which has a very strong bio-ag engineering department and industry ties.

A chance meeting with Mike Hart, a U.S. Environmental Protection Agency Environmental Hero Award recipient, through an event at UC Davis led to the two of them to discuss one of Hart’s next big business plans: waste gasification through the repurposing of the centuries-old, ironmaking blast furnace.

“The concept and potential intrigued me so much that while my master’s degree engineering contemporaries were focusing on aircraft, space system and composites designs, I began looking at the application of aerospace engineering principles to renewable energy,” says Dodd. “[I] had my university accept a thesis based upon the design, build, test and analysis of tidal turbines for power generation.”

As soon as the degree was complete, Dodd returned to California to work with Hart on the waste gasification technology.

“And while it may sound like an unconventional industry transition to make … sometimes the most important innovations come from the collaboration across industries and across previously ingrained lines of thinking,” he says. “Plus, our waste gasifier does operate at peak temperatures of 4,000 degrees Fahrenheit and supersonically injects oxygen and steam, so there’s certainly enough direct aerospace engineering applications to keep one satisfied.” 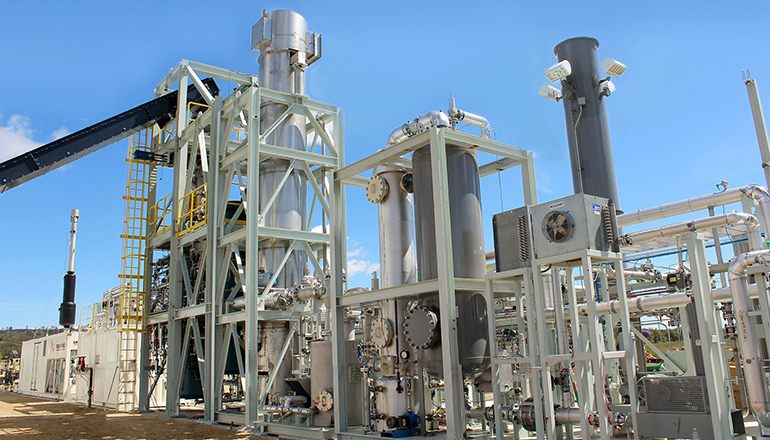 Recently named a 2019 Waste360 40 Under 40 award recipient, Dodd sat down with us to discuss the gasification technology and his career in the waste industry.

Daniel M. Dodd: As a small, emerging company, the technology, business plans and employees need to remain flexible, meaning you end up “wearing a lot of hats,” which I personally find as one of the benefits for a creative, problem-solving individual. If there’s an area an individual can improve a design or internal procedure, the company gives them the support and encouragement to go accomplish it—a far cry from the red tape and barriers to change that are so common to larger entities.

As the CTO, my functions range from leading the technology development program, to assisting the headquarters in making key decisions and strategic plans for commercialization, fundraising and responding to RFIs [requests for information], to reviewing detailed R&D [research and development] progress and implementation into our core technology platform.

Waste360: What are some accomplishments in your career that you are most proud of thus far?

Daniel M. Dodd: I am ultimately most proud of the deployment of Sierra Energy’s first commercial reference plant at Fort Hunter Liggett in California; that will be a game changer for the industry and for future generations’ waste management practices.

Working with an amazing team and many outside collaborators, we completed the R&D of the core FastOx gasification technology. And utilizing systems engineering and optimization (keeping the waste industry’s future needs in mind), we integrated our technology into a complete end-to-end bio-refinery, producing quality, sustainable end products from low-value, highly variable waste materials.

Waste360: Name a problem you’ve dealt with and how you overcame it.

Daniel M. Dodd: As you can expect with the deployment of a first-of-its-kind waste gasification system in California, it came with a lot of hurdles, but Sierra’s optimism—“the good news is, if we can do it in California, we can do it anywhere”—held us through.

Given that these types of next-generation waste-to-energy plants had not been successfully deployed historically and that our core gasification process doesn’t have emissions to atmosphere, one of the largest issues was the unclear permitting and undecided authorities having jurisdiction (given this project was partly funded by the state of California and the U.S. Department of Defense and is installed on a federal U.S. Army Garrison located within the state of California).

Ultimately, it was resolved over several long months by open and honest communications; to do so required us to truly understand each stakeholder’s expectations and resources. It also helped to provide many detailed technology explanations and “lectures,” the establishment of Sierra Energy’s focus on improving the environment and finally pulling all representatives into the same room as often as possible!

Waste360: What role does technology play in the waste and recycling industry?

Daniel M. Dodd: The waste industry—like all other well-funded heavy industries—isn’t going to change overnight purely because of government regulations (they’ll push back on the proposed changes at the local, state and/or federal level). For a technology to be successfully adopted, it needs to improve the economics/bottom line for the waste management industry, which will then actively embrace it and even go out to then push for the project development and permitting support/tools needed from their local governmental regulators/agencies.

Thermo-chemical conversion technologies that have environmental benefits over the existing practices, but that most importantly improve the economics for the waste manager, are going to see widespread adoption over the next decade as more reference facilities are established and prove the long-term viability for these technologies.

This next generation of waste gasification technologies truly does hold the potential to fundamentally change the way most waste streams are managed, including extending the life of existing landfills. Ultimately, these technologies will keep many of the current waste management companies and employees in business, with more efficient, environmentally cleaner tools/strategies available to them.

Waste360: What are some exciting technological opportunities that you see opening up within the industry?

Once the correct, economically and environmentally beneficial technologies are deployed, communities or waste owners might well be charging for their resource, rather than paying to have it removed, and any technology in this value chain will need to be sufficiently efficient to make economic sense even if the waste has to be purchased rather than the existing model where one is paid to take it. Early adopters of these new technologies are going to be the ones positioned and readily capable of taking advantage of these changes in the resource market.

Waste360: What advice do you have for someone who is looking to make a career for themselves in the waste and recycling industry?

Daniel M. Dodd: Take a long-term view. This isn’t software development and isn’t cyclical; it’s a stable and essential industry, and while the adoption of alternative waste management/landfill diversion technologies or practices (recycling, composting, anaerobic digestion, thermal-conversion, etc.) increase, the volume of waste being generated unfortunately continues to expand at a faster rate. Coupled with the relatively slow uptake or risk adversity of the waste industry means it could take years to make any serious headway with any new technology or concept.

If attempting to do just this—pioneer a new technology, process or developing a new market in the waste industry—be resilient, keep the end goal in sight and ask, listen and learn from an industry full of great advice from long-time dedicated workers.

And again, “you get out of life what you put in,” so live and breathe it, make it your life’s passion and it won’t be hard to continue to refocus on the end goals (the widespread adoption of your product or process), even if day-to-day setbacks would typically deter weaker souls!

Waste360: What activities or hobbies do you participate in outside of the office?

Daniel M. Dodd: Even while outside the office, I’m generally reading technical or industry-related articles, but finding a balance to enjoy life with the family, I get into the “great outdoors” as often as possible, be it hiking, training for marathons, powered paragliding, skiing or taking the 2-year-old swimming.