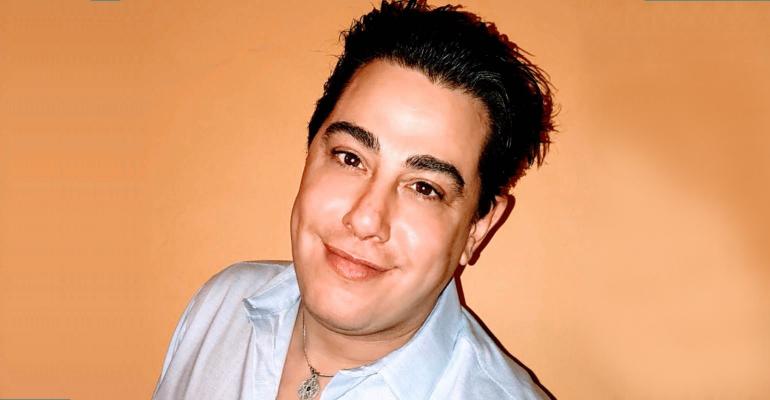 The Waste360 40 Under 40 award recipient candidly discusses his hurricane recovery efforts and the devastation he has seen after massive storms.

Frankie Contreras is no stranger to the solid waste and recycling industry. In fact, he grew up in it and was hooked from the start.

Ever since he was 9 years old, Contreras could be found working with his father—washing refuse trucks, painting dumpsters and immersing himself in the day-to-day operations of recycling centers and transfer stations. Now, at age 38, he is the vice president of North Carolina-based Carolina Recycles.

To those who know him, Contreras is a strong but kind and giving businessman, who has been on the frontlines of hurricane recovery efforts during major storms like Hurricanes Florence and Katrina.

“Frankie will give you the shirt off of his back and not even bat an eyelash,” says his sister and colleague Johanna DiCarlo. “Frankie always is giving back to the community and local fundraisers. He is a serious multitasker and works until work is completed for the day. He is like New York City—the boy turned man that never sleeps. He has accomplished a lot in his 25-plus year career in trash through learning, teaching, training and accomplishing everything with a smile.”

The Waste360 40 Under 40 award recipient recently sat down with us to discuss what it was like growing up in the industry and how he has seen the industry evolve over the years. Contreras also candidly opens up about the devastation he has seen after massive storms, as well as who he looks up to in the industry.

Frankie Contreras: I was born and raised in Long Island, N.Y. My father was always in the waste business and ran different companies in New York. On Saturdays, ever since I was nine, I would go into work with my father, James Contreras Sr. Currently, I’m living in Charlotte, N.C., and in New York, back in the early 90s, things were a little more advanced than they are here in Charlotte now.

When I went into work with my father, I would wash trucks, paint dumpsters and always observe what was going on in every task I did. I knew that this was the industry I wanted to be a part of. From observing the recycling center and the operations of the transfer stations to being around heavy equipment and playing with the payloaders and skid steer, what kid wouldn’t love being around that? Just from being raised in the industry, I knew it was what I wanted to do.

Waste360: Tell us about Carolina Recycles and your role as vice president.

Frankie Contreras: We started down here in 1996 and became Carolina Recycles in 2012. Previously, I worked with my parents, Angela and James Contreras, and they put me in charge of running the company back in 2012. They appointed me vice president, and I basically took the mom-and-pop company and turned it into a corporate company.

Waste360: I understand you are heavily involved in your community, particularly when it comes to hurricane recovery. Please tell us about some of your hurricane relief efforts.

Frankie Contreras: We started off by transporting a truck and five dumpsters down to the coast to help out for Hurricane Florence relief. We were down in Warsaw, N.C., which got hit pretty bad. It was heartbreaking to see the devastation and destruction of the storm. The loss people experienced is truly humbling. Golf courses looked like ponds. Houses were underwater. All the flooding brought a lot of the frogs out and covered the streets with fish.

It was tear jerking to see the destruction. I wasn’t able to stay as long as I was hoping for, and I needed to get back here to focus on the company. But when I left, I donated all the equipment I had with me. I felt the equipment would be better utilized down there, so I basically stripped my service truck of the generator and other random tools and left everything down there to help the families and give somebody the option to turn the lights on in their house, even if for just a couple hours.

It was heartbreaking to see the devastation, but the electric companies did a great job and worked around the clock to get people's electricity back on. A lot of things were getting done a lot faster than I expected, but there’s still the flooding and contamination of sewage water, coal ash and the displaced animals. There’s still a long road ahead for the people directly affected by the hurricane.

We participated during the Hurricane Katrina relief, and we were part of that longer than Florence. Again, the devastation was insane. There were a lot of problems that we saw with Hurricane Katrina that we didn’t see with Florence. We participated for about two months. We were living in tents and trailers, working 20-plus hours a day and taking every opportunity to catch some sleep, whether it was on the floors, in the trucks or wherever you could find a dry spot to sleep due to the extremely long days. There was a lot of frustration, but we did our best to follow the guidelines set by FEMA [the Federal Emergency Management Agency] and the National Guard. So many people were left with nothing. People who had a lot of money in their bank account didn’t even have a dollar in their pocket because they couldn’t access their banks. It humbled a lot of people, and it humbled me as well.

Frankie Contreras: The industry has grown, and it has matured, but there is still a long road ahead of us. The landfills have woken up and realized they couldn’t dump certain items, and in the age of electronics, the recycling of electronic waste has really helped the environment. There are a lot of regulations that went into place that were needed 20 years ago, and I’m very impressed with the industry today.

The best thing about the industry is that most companies are friendly with each other. It is refreshing how a lot of us help each other out without thinking twice. The industry is a very tight-knit family, and that makes all the work that we do that much better.

Waste360: What are some challenges you’ve faced in your career, and how did you overcome those challenges?

Frankie Contreras: The main challenge that I face is the limited resources. My family and I are hardworking people and getting the resources we need is the hardest thing. If we had 100 more dumpsters, we would have them out tomorrow! There’s plenty of work where we are, and I’d like to say that I have a solid reputation out here as far as service goes. My cell phone is on 24 hours a day, and it doesn’t stop ringing.

My biggest hurdle is the resources and the equipment that is needed. It was tough for me to leave equipment behind during Florence, but I felt the people there needed it more.

Waste360: Who are some of your mentors and how have they helped guide you throughout your career?

Frankie Contreras: When I first started, and even before, there was a manufacturer for dumpsters and compacters called Rudco Products that I reached out to a lot. When I took over here, I wasn’t given an instruction manual; it’s all just been based on experiences I’ve seen through the way. I’ve always reached out to a gentleman named Michael Avis. He would always give me advice and put me in contact with people who found solutions to the problems we were facing. Michael would do anything in his power to help me succeed—from getting us equipment for the day-to-day operations of running a company.

Every time I had a major business decision that had to be made—whether it was buying another truck, hiring a manager, taking on a big client or looking into a transfer station—I would always reach out to Michael and he would tell me his experiences, give me some amazing advice or tell me success stories of other people dealing with the same issues and decisions I am being faced with. He was always there to put me in touch with the right people and looked out for my best interest. I am grateful to have him and Mark Rudolph as a part of my life. They have always been my mentors and friends and are more like family.

My sister Johanna DiCarlo has also had a strong impact on my success. She has always been there to cheer me on, even when things got a little tough. I am very grateful to have the family and friends I have; I could not have done it without them.

Waste360: What advice do you have for someone looking to get started in this industry?

Frankie Contreras: Be prepared to work hard, and don’t give up. Surround yourself with a great team, stay connected with industry organizations, utilize social media and don’t burn any bridges. Follow your heart, and if you look out for Mother Nature, she will look out for you. This is a great industry to be a part of.