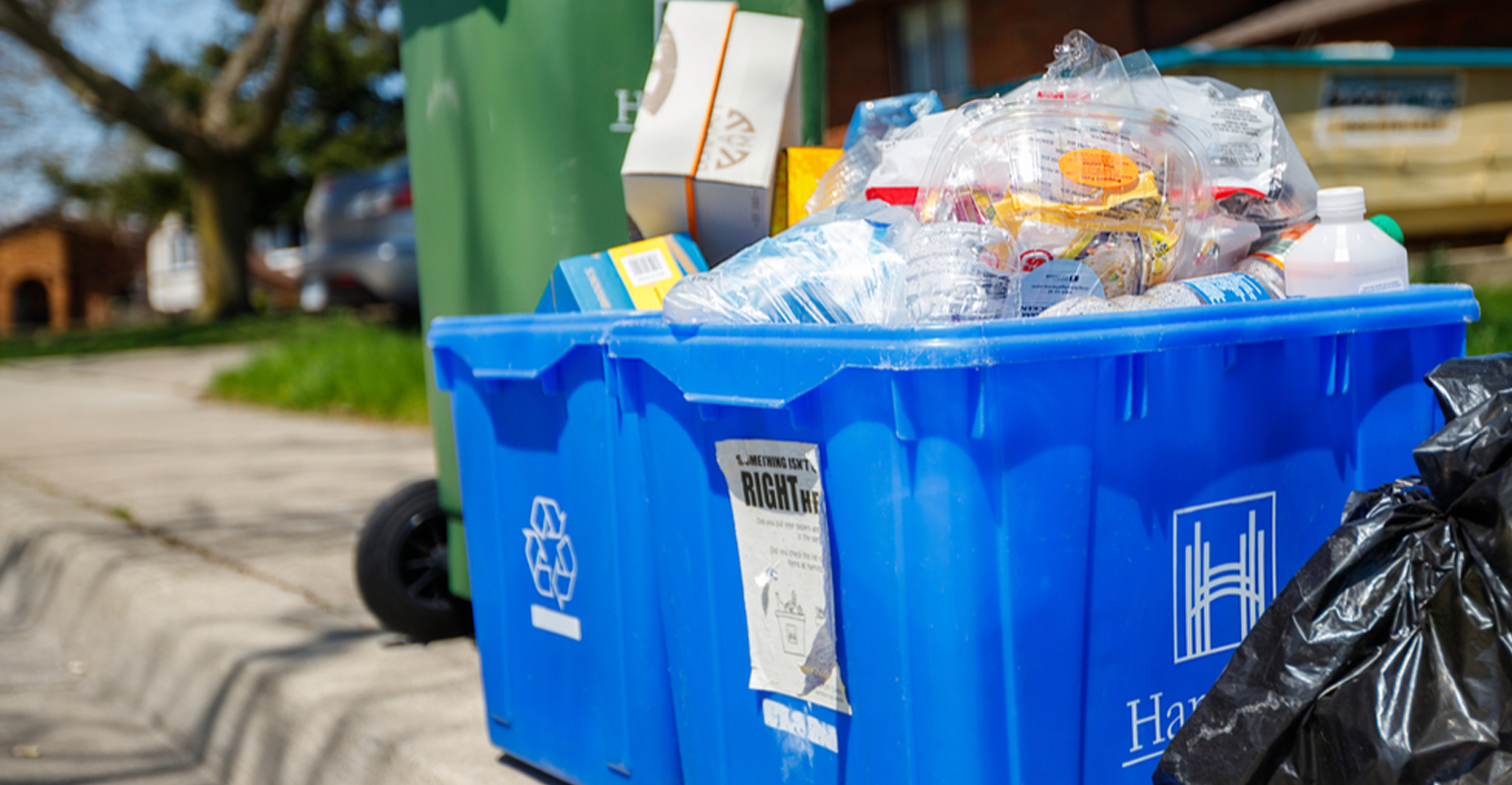 Multiple jurisdictions in Canada have implemented stewardship programs, putting onus on producers to manage the products and packaging they churn out at the end of life. This two-part series tells the story of British Columbia’s 21 producer responsibility programs, focusing on one in particular. And it takes a look at Ontario’s plans to transition from 50% to 100%-funded producer responsibility for packaging and paper.416

In 2002, Ontario established regulations in Canada requiring producers to pay 50% of the cost to collect and process waste packaging and paper recovered from residential curbside collections, with municipalities paying the remainder. In the next few years comes another monumental move: producers will pick up the full tab for this program, which the province calls “Blue Box.” And they will also begin running it.

The Ministry, with input from producers and the waste industry, has drafted and will ultimately approve the finalized regulations for this extended producer responsibility program (EPR), which is intended to help cut municipalities’ diversion costs and incentivize producers to design products for recyclability.

Jo-Anne St. Godard, executive director, Recycling Council of Ontario (RCO), reflects on the history of Ontario’s recycling program and long journey toward putting more onus on producers of these materials.

“In the 1980’s municipalities were operationalizing waste packaging collections in their communities with seed money from producers that stopped, and those municipalities had to continue the program on taxpayers’ dime, which continued for 25 years. It was 19 years ago [under the Waste Diversion Act] that producers became obligated to pay 50 percent of the cost to manage waste printed paper and packaging,” St. Godard says.

That shift was a stepping stone on the way to the Ministry’s exploration of this leap to EPR – 100% producer responsibility for everything.  The hopeful goal is to introduce new EPR regulations, agreed upon by all parties, by Q1 of 2021.

The focus has been on developing rules that provide high recycling targets, as well as give producers full freedom in how they manage their obligations to reach those targets.

“We do not want regulations to prescribe the ‘how to.’ We want them to set meaningful performance obligations, such as high recycle targets and sound environmental management processes,” St. Godard says.

EPR is intended not only to address downstream efforts (collections), but to drive improvements on the frontend, namely seeing that packages are designed for recyclability.

“The overarching concept is that the actors in the supply chain have the most influence over product design and how products are brought to market and are also made responsible for recycling. When they pick up the expense of end-of-life management, theoretically they will want to make it cost efficient for themselves while meeting their obligations,” St. Godard says.

There are multiple interests and opinions around how to most effectively manage waste packaging which has had a cost share legacy – a history of sharing responsibility. With this new chapter and transfer of expense come many details to work out so that all sides are satisfied that they’re standing on a level playing field.

Among considerations to be vetted are around ownership of assets. Who owns the infrastructure? Do municipalities want to continue collecting materials as a service provider to the producers? And, if so, how is revenue share structured to be fair to all parties? How do you ensure service and diversion rates don’t go down once producers take over?

“Producers will have to realign their business to new realities, and there is uncertainty in terms of what the new waste management system will look like. So, there is a current state of flux,” St. Godard says.

The retailers who put packaging on the market are not pushing back; and as a whole believe that companies that make packaging decisions should pay for residential recycling.

On its website the Retail Council of Canada states of EPR: “This is a time-proven method which creates a strong incentive for businesses to move away from hard-to-recycle materials while continuing to optimize packaging methods.  Extended producer responsibility is a powerful policy tool which facilitates a circular economy.”

RCC says some details are yet to be worked out to retailers’ satisfaction, namely tied to the degree of flexibility afforded to them so they can work efficiently. But the organization supports the three-year transition schedule to full producer responsibility and is behind setting high targets for better diversion and recycling.

Businesses have invested over $1.5 billion in managing these materials since the Blue Box program’s launch, helping to expand collections to about 95% of Ontario households and to reach recycling rates just over Ontario’s 60% target, according to RCC.

Toronto is among cities that is actively working to prepare for the transition to full producer funding of collections and processing.  Charlotte Ueta, project director, Business Transformation - Extended Producer Responsibility, Solid Waste Management Services for Toronto, calls out three key challenges she believes 100% producer responsibility will improve on: financial constraints, recovering quality materials, and setting up a consistent system.

“The costs associated with recycling are significant and have continued to rise over the last few years. Producers determine what packaging is put into the marketplace, yet the responsibility for the end-of-life management of those materials and a significant portion of the costs fall to municipalities and in turn ratepayers and taxpayers. Transitioning to EPR will shift that responsibility,” Ueta says.

The city estimates it will save approximately $15 million once producers are fully responsible for managing the materials they put into the marketplace.

On the quality front, Ueta anticipates more moneys will drive down contamination, which now costs Toronto millions of dollars each year. Contaminated streams can damage equipment, cause injuries to workers at recycling facilities, and ruin otherwise good materials.

Then there is consistency. “Having different recycling rules in different jurisdictions has also been an issue as people may work in one jurisdiction, live in another, and have a secondary property somewhere else. This causes confusion and [further heightens] contamination. EPR will standardize the list of what is accepted in blue bins across the province. And it may also result in more items being recycled due to efficiencies and economies of scale that producers may be able to realize,” Ueta projects.

The Blue Box program will begin its shift to full producer responsibility in 2023, which will be complete in 2026.

Why will this move, from conceptualization to final adoption and roll out, take over five years?

“It’s political courage; that’s why advancement has taken such a long while. It involves a lot of investment by municipalities and by producers. It has taken decades to get this far, with a lot of collaboration and compromise on all sides, and it’s exciting to be on the cusp of new EPR legislation,” St. Godard says.