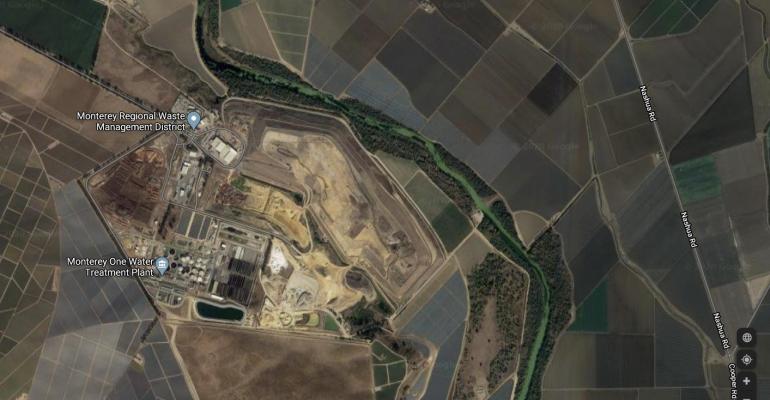 In California, Monterey Regional Waste Management District (MRWMD) and its neighbor, wastewater treatment plant Monterey One Water, have entered a somewhat unusual relationship with unique benefits to each. And the relationship has payoffs for its shared customers too.

The District is delivering renewable gas, sourced from its methane and produced on site, to Monterey One Water to power its operation. The two entities are working on building infrastructure to be able to directly convey the energy from the district’s plant to Monterey One’s water purification system – bypassing the utility grid.

MRWMD now can sell power at higher rates than it sells on the stock market. For Monterey One, it means a guaranteed flow of energy at a predictable cost that is cheaper than if it were to get it from the grid.

This symbiotic relationship has become especially meaningful to address a challenge that arose years ago around the region’s drinking water supply. The Monterey region is not connected to California’s water system and had to rely on water largely from the river.  Policy was established to reduce the draw on the river by 70% and that water had to be replaced. Monterey One Water began developing plans to convert their effluent, stormwater and other sources to drinking water. That water treatment process has proven extremely energy intensive.

“So, we at the District suggested to Monterey One Water that we could deliver 2 megawatts (MW) of renewable power sourced from landfill gas. That formed the nexus of the partnership opportunity we developed,” says Tim Flanagan, MRWMD general manager.

The waste conversion project now underway at Monterey One’s advanced purification facility will provide a new source of drinking water for Monterey Peninsula. The project will make about one-third of the drinking water for the residents and businesses of that region.

The roughly 2 MW per year of renewable gas the District provides should fully power the operation, according to Paul Sciuto, general manager of Monterey One Water.

“Until now, we had been getting most of our power from the grid,” says Sciuto.

Work is underway to find and hire a tech company to build an interconnection.“Sooner than later we want to connect landfill gas to our advanced water purification facility where we put wastewater through four treatment stages to ultimately be used as a drinking water supply.  If we get construction funds to move forward, we will go to full-blown conversion to renewable energy,” says Mike McCullough, director of external affairs at Monterey One Water.

Sciuto says there could be a possible expansion of the existing treatment plant to produce more water, creating demand for more renewable power yet.

“We are moving full steam ahead on the current project. Through this relationship with the District we realize lower rates for electricity, and we talked about the possibility of further sharing resources in the future where we would take some of their organics for our anaerobic digester,  or we would send our digester gas to them for their CNG facility. And or we could possibly put together a microgrid to benefit our customers,” says Sciuto.

Historically the two entities have tried to work together in areas of common interest. Collaboration has made sense because they are located next to each other and share the same access road, which was an intentional design.

“The landfill was already built and there was only a little over a mile to go to build an outfall for the water treatment operation’s effluent. By co-locating they did not have to haul their biosolids. They could literally send it next door. So, the agencies are well aligned due to good, visionary public policy planning,” says Flanagan.

Among earlier partnerships between the two entities, the District had been running an anaerobic digester until October 2019 and distributing a small amount of power –about 80 kW –to Monterey One as a pilot.

“The project operated for six years and is part of a larger program of the District to evaluate organic waste processing methods. This is another example of us collaborating to make the most of our gas,” says Guy Petraborg, MRWMD director of engineering.

A few other solid waste and wastewater treatment plants have entered partnerships, though to co-digest wastewater sludge with organics that would otherwise go to landfill. As with the Monterey project, it’s been a way to supplement energy to power the wastewater operation and provide a means for landfills to deal with organic waste and or resulting methane.

But these resource-combing and resource-sharing relationships are not very common, especially for projects like the one between Monterey One and the District.

The relationship with the District adds value in many ways, notes McCullough.

“With the increasing cost of power and gas it’s a way to be more efficient and environmentally conscious, as well as achieve economic benefits," he says. "It’s a win-win: We get a renewable source that’s cheaper (than grid electricity). The District’s customers and our customers win because we can pass along our cost savings. And the environment benefits too."