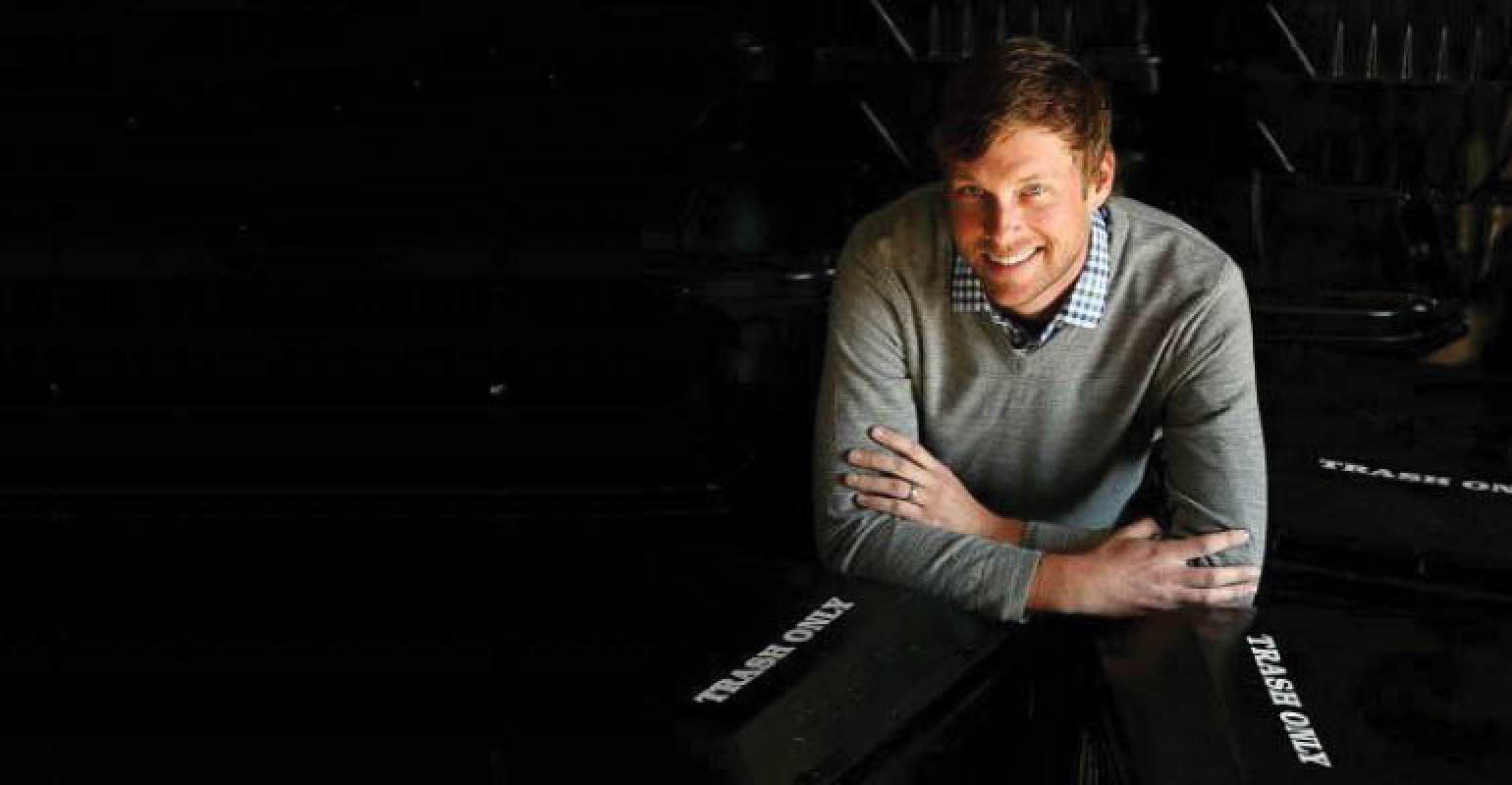 Atkinson received a Waste360 40 Under 40 award this year and recently spoke with us about his role as co-owner and managing partner and some of the challenges he’s overcome.

Kevin Atkinson, co-owner and managing partner of Texas Pride Disposal, has had an attraction to the waste and recycling industry since he was a child, when he owned a fleet of toy garbage trucks and had a pet fish named BFI.

Atkinson began his career in the industry working at WCA Waste Corporation of Texas, where he gained experience in different areas of the business. After exceling through the ranks at WCA, he decided to branch out on his own and start Texas Pride Disposal in 2013.

“Kevin’s enthusiasm for the industry is infectious. He has attracted experienced industry managers from much larger companies to assist him in growing the company, and he is very skilled in all key aspects of running a hauling company, including sales, business development and operations,” says Jerome Kruszka, Atkinson’s business partner.

Atkinson received a Waste360 40 Under 40 award this year and recently spoke with us about his role as co-owner and managing partner, how Texas Pride Disposal stands out from its local competitors and some of the challenges he’s overcome.

Waste360: When did you launch your career in the waste and recycling industry?

Kevin Atkinson: I have always had a passion for the industry, and I was the kid who chased the garbage truck up and down the street.

After my freshman year at Louisiana State University, I needed a job for the summer, and I really wasn’t interested in working at a grocery store or retail store. I ended up finding a phone number on my parents’ recycling bin and giving it a call. A couple days later, I was on the back of a garbage truck collecting trash for WCA. I continued working there during my time off from school, and once I graduated, WCA offered me a manger trainee position. In that role, I gained ample experience and eventually worked my way up to operations manager and assistant general manager. After a couple years of working there, I decided that I wanted to launch my own company, which is how Texas Pride Disposal came to be.

Waste360: Tell us about your role as co-owner and managing partner.

Kevin Atkinson: My role consists of a little bit of everything. When I first started the company, I worked with just my original business partner in every department. Now, we have some customer service representatives, an operations manager, a maintenance manager and a couple route supervisors in place so I focus more on sales and making sure our routes are running as efficiently as possible. I also work on growing the company. In 2013, we had a staff of five, and now we have a staff of 85, a fleet of 27 trucks and a total of approximately 72,000 customers. 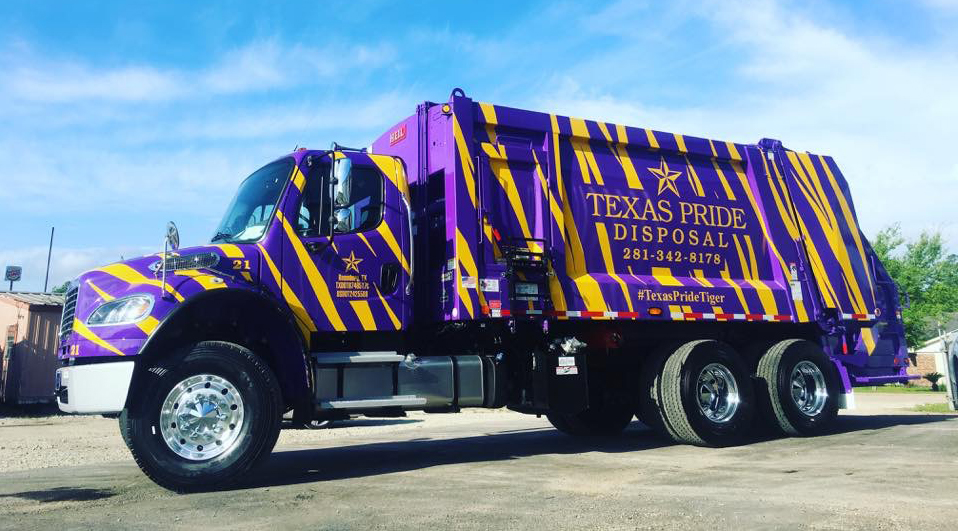 Waste360: Since launching Texas Pride Disposal about four years ago, you have helped grow the company’s annual run rate revenues to $13.5 million. Tell us about some of the key factors that helped lead to that increase.

Kevin Atkinson: Since launching, our growth has been expediential almost every year. We started off with 1,200 subscription customers and no contracts, which really put us in a chicken and the egg situation: We needed customers to get a reputation, and we needed a reputation to get customers.

We worked hard to get customers to listen to us and give us a chance. After about a year of trying to gain contracts, a 250-home townhouse community accepted our bid. During the first month of that bid, we ran routes on Wednesdays and Sundays with just two people.  After that, we started to win some bigger accounts, which helped put us on the map.

Since that initial growth period, we have continued to grow year over year by offering great customer service and services and maintaining a positive reputation.

Waste360: Tell us about some of the challenges that you have faced in your career and how you overcame them.

Kevin Atkinson: The first big challenge that I faced was trying to seal the deal for our first contract. After working for WCA, a national hauler that had contracts and bid requests coming in daily, I didn’t realize how hard it would actually be to get contracts. I expected to start Texas Pride Disposal and have 12 trucks running by the end of the year, but I quickly realized that getting contracts and customers would take both time and patience.

The next challenge I faced was a fire that we had last year, which burned up four of our trucks. I had to get some of the team members together to work some long hours to get everything picked up, but we got through it. We never figured out how the fire actually started, but investigators think the fire started from a faulty battery turn-off switch. 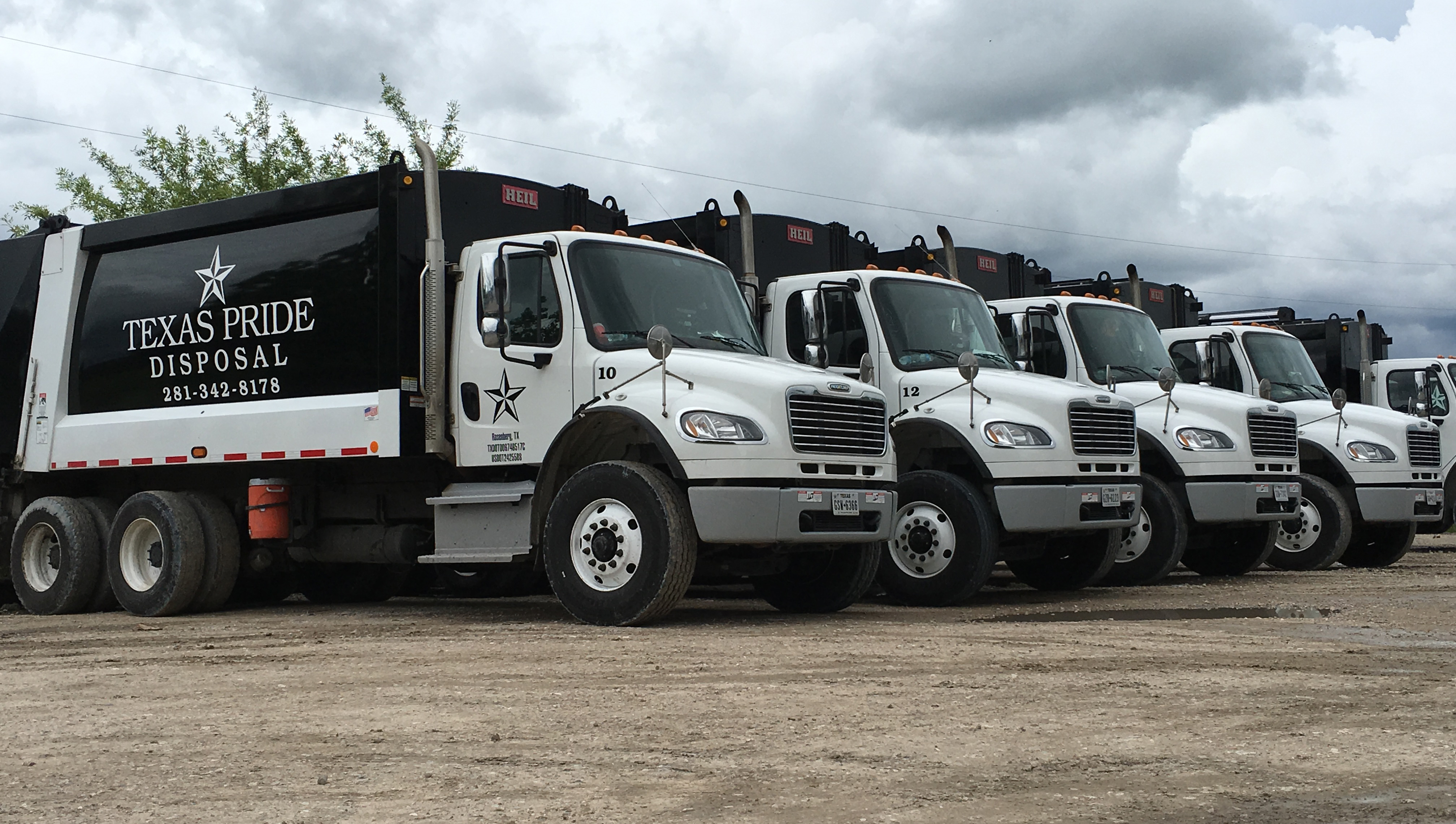 Three weeks after the fire, we had a rollover that resulted in a fatality. One of our drivers hydroplaned during a single vehicle accident and lost control. He wasn’t wearing a seatbelt and unfortunately died at the scene.

We learned a lot from all of these challenges. We recently put new safety features in place to avoid future incidents and injuries and expanded our parking lot to ensure that all of our vehicles are parked in a safe distance from each other.

Waste360: What goals are you currently working toward?

Kevin Atkinson: First and foremost, safety and making sure that our team members are getting home to their families every day. We have had one workers’ compensation claim this year, and we are going to try to finish out the second half of the year without any more incidents or injuries.

In terms of revenue, we are working toward closing out the year with $15 to $16 million. We started off 2017 with $10 million, and we are now at $13.5 million. Ultimately, we are working on growing our revenue and maximizing our EBITA and bottom line because we are going to see some dramatic improvement in those areas this year.

Waste360: What are some of the ways that Texas Pride Disposal stands out from its local competitors?

Kevin Atkinson: I am still very involved with every aspect of the business, from sales to jumping on the back of a truck every now and then. By doing that, I can see first-hand what type of product and service we are putting out there.

One of the things that I always tell my team is that customers can see that upside down can at the end of their driveway when they get home, and it’s our job to keep things clean and return the cans in prime condition each and every time. It may seem like a simple thing, but consistency goes a long way.

I think my involvement in the direct operations really sets us apart because I, the co-owner and managing partner, am out there communicating with our customers and ensuring that our services are great. We also have great team members working for us who ensure that the product that we put out on the street every day is exceptional. We have a family-oriented culture, and we look out for each other.

On the customer service side of things, we still have actual people answering the phones, and I still receive a copy of every inquiry that is submitted through the website. When I opened the business, I swore up and down that it would never have an automated phone system, and I am sticking by that statement.

Waste360: Who are some of your mentors?

Kevin Atkinson: My biggest mentor is my business partner Jerome Kruszka, a 40-year industry vet. He worked for Waste Management for 25 years, and he was the cofounder of WCA. He has years of experience under his belt, which makes him a great person to lean on and get advice from. He has helped me learn the business in and out, and we have formed a great friendship over the years. I am happy to have him by my side every day.

Waste360: What advice do you have future members of the industry?