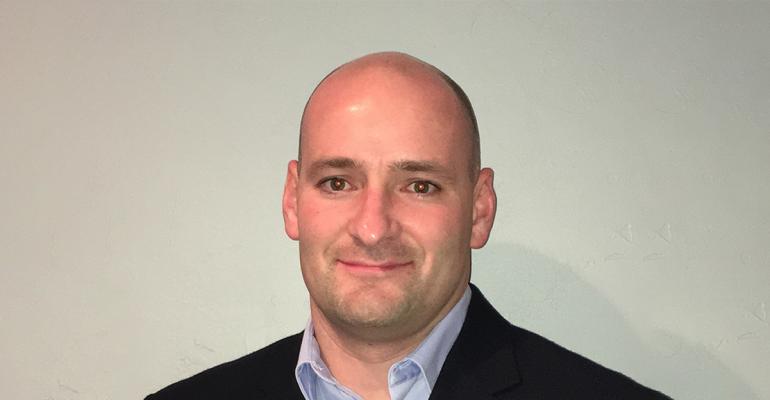 The Waste360 40 Under 40 award recipient discusses his mission to implement innovative technology and measures that put employee safety first.

As a district manager with Advanced Disposal, Mike Stoeckigt oversees the operations for the state of Wisconsin. He was named a 2019 Waste360 40 Under 40 award recipient because of his reputation as a safety leader within the organization. In particular, Stoeckigt has led efforts to implement automation on more than 60 routes to improve safety and reduce the potential of injuries for his drivers. In 2017, one of his divisions was selected as the company’s Top Division of the Year and also took the award for Top Safety Performance.

Stoeckigt recently spoke to Waste360 about his mission to travel the state, listen to employees and implement innovative technology and measures that put employee safety first.

Waste360: What are some of your major responsibilities?

The biggest thing is, obviously, safety from a waste industry standpoint. So, keeping our employees safe is at the forefront of my duties every day, as well as doing everything we can to make sure everybody comes in and goes home the same every day.

I travel around a lot throughout the state on a weekly basis, visiting sites and having conversations with each and every person at the sites. I get the positives and the negatives from everybody and take those to heart, build off of them, make changes and do things we need to do to make the state of Wisconsin better every day.

Waste360: Can you talk about safety measures you have implemented within your district?

Mike Stoeckigt: It’s really about traveling around and learning from people what they truly see and want to see changed.

Then, it was just implementing the culture. At the end of the day, it’s having our managers truly believe in the culture where we care about each individual person throughout the state of Wisconsin. Like I said before, we want everybody to come and go home from work every day the same way they came. It’s also about really attacking every negative aspect within the district that could put that in jeopardy.

Also, one of the bigger things is you’re in the back of the truck, so you have a lot of distracted drivers these days that are texting, talking on the phone, eating, putting makeup on or doing whatever. These people that are in the back of the trucks, because it’s a rear-load truck, are in jeopardy of getting hit by those distracted drivers. When you’re in an automated truck and when you’re in a front-load truck, you’re in the truck doing the work. If you do get hit, your truck might get damaged, but you personally will not.

Waste360: I see you won a top safety performance award in 2017 from Advanced Disposal. Was that for those same initiatives and conversions?

Mike Stoeckigt: Yes, it was all of that. Our accident injury rates were extremely low that year and were always, from a state of Wisconsin standpoint, the lowest or trending to be the lowest within Advanced Disposal. We have a nice safety focus and a safety culture up here in Wisconsin.

Waste360: How did you get your start at Advanced Disposal?

Mike Stoeckigt: I came in initially with Veolia, and that was pre-Advanced Disposal. I came back in 2007 or 2008, as a controller of a couple of locations in Central Wisconsin. [Advanced Disposal Services acquired Veolia ES Solid Waste in 2012].

Waste360: What made you decide to make the switch to operations?

Mike Stoeckigt: I continued to learn and become very involved in the maintenance and the operational side from a finance side because obviously everything you do on maintenance, operations, sales and all of that ends up on the P&L [profit and loss] on the financial side. The more I learned about that, the more I felt like a business partner for the operation as a whole.

I became an area controller, and I oversaw the northern part of Wisconsin from a financial side. I did that for another two or three years, and then I flipped over to the operational side and became the district manager of that Northern Wisconsin tier. As things went on, I became [district manager] of the whole state of Wisconsin.

I didn’t go to school [to learn about operations]. I didn’t do anything of that nature. It was more so just being involved and learning from the people at the locations. I learned from a lot of good people and just grew from there.

Waste360: What do you like about this side of the house? Why is it interesting and challenging for you?

Mike Stoeckigt: I just like that it touches a lot of people. I’m a very big people person and love to affect people and make things better. With the state of Wisconsin, ultimately, I think I oversee 1,000 or 1,100 people—somewhere in that ballpark.

Just to be able to get out on a daily basis and visit with them and make their work life experience better, or have the ability to make their work life experience better, is really what hits me the most. I can do that through the operational side, the maintenance side and then it obviously all ties together on the P&L and income statement. It’s really making the best operational decision that also translates into a good financial decision. So, it’s nice having both wings of that experience.

Waste360: If you had any advice for a young person about working in the waste management industry, what might you say?