The 50th Anniversary of Curbside Recycling 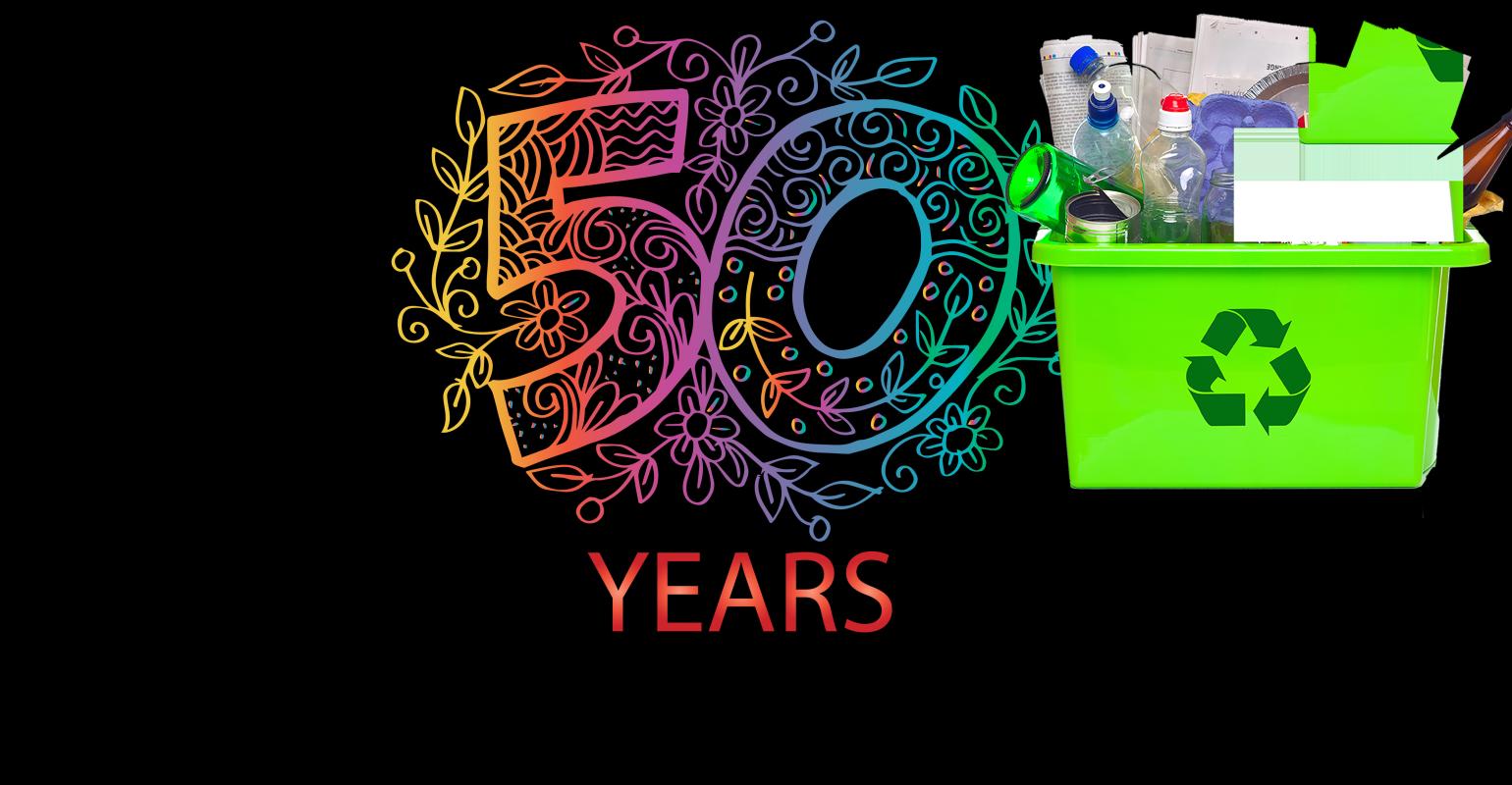 A look at how curbside recycling has evolved over the years.

Fifty years ago, curbside recycling was reborn. The American Paper Institute gave a grant to the city of Madison, Wis., to test the collection of newspapers from the curbside. When the first bag of papers was collected, Madison joined San Francisco, whose World War II collection program had never stopped.

Curbside recycling was quite different back then. Newspapers were placed in paper grocery bags and left next to the garbage on collection day. They were then put in racks underneath the body of the garbage compaction unit and offloaded at what passed for a transfer station in those days. But what happened in these two programs—one quite old, one brand new—led to the multi-material curbside recycling that exists today.

Rack collection programs had obvious problems. The racks would often fill up before the compaction unit. Buyer specifications were stringent. Paper was supposed to be dry and could not include “rotogravure” paper (the clay-coated Sunday magazines that came with newspapers back then). The first recycling bin—created for the TreeSaver program in University City, Mo., in the early 1970’s—featured an extended side. If it was raining on collection days, residents were told to place their bin on the ground with the long side on top acting as a rain cover.

Curbside collection grew slowly but steadily from those modest beginnings. Within a decade, more than 200 cities collected recyclables separately from garbage. Most of them only collected newspaper; however, the first multi-material program began in Newton, Mass., in 1975. The next year saw a U.S. Environmental Protection Agency grant to test a “compartmentalized” recycling collection truck in Somerville and Marblehead, Mass. By 1987, when the garbage barge created intense interest in recycling, more than 600 cities were collecting recyclables at the curbside. Their experiences provided invaluable lessons for the thousands of programs launched in the wake of the barge.

Curbside recycling is the child of two very different parents. Citizen activists and environmentalists have long advocated in favor of recycling and then in favor of expanding those programs. Their passion usually exceeds their understanding of the business of recycling and what it takes to get people to recycle right. Yet, they have been politically effective in promoting additional recycling.

Businesses needing raw materials are the other parent. Garden State Paper, in particular, deserves the credit for launching the modern recycling movement. That company, created by Richard Scudder, the publisher of the Newark Evening News, invented a technology to make new newsprint out of old newspapers. Its first newsprint mill opened in Garfield, N.J., in 1961. By the end of the decade, it also had mills in Alsip, Ill., and Pomona, Calif.

Garden State’s motivation to promote curbside collection was simple. The company wanted a more consistent supply of raw materials—old newspapers—than it was receiving from the traditional scrap recycling industry. It constantly advocated on behalf of new, local curbside programs so that it could get raw materials. More than half of the curbside programs in the late 70s were close to one of the Garden State mills.

Richard Scudder and Garden State Paper were the original recycling market development task force. They saw curbside programs as a viable raw materials supplier. I suspect they were responsible for the grant to Madison. Industries that want to use “used” materials as a feedstock have always been the heart of recycling. Without them, all the efforts of the activists and environmentalists come to naught. With them, recycling has a chance to succeed.

Today’s market crisis over the decision of the Chinese government to restrict imports of recyclables is both nothing new and something we’ve never experienced. The collapse of market prices is old hat. Down markets are always followed by up markets—the only issue is when. A national government creating its own non-mill-based specification for imported recyclables is new. That decision will eventually be tempered by the need of Chinese paper and paperboard mills for affordable raw materials. Whether that will take a year or two or longer, I can’t predict.

Modern recycling’s worst market collapse occurred in the early 90s. The curbside programs so eagerly desired by activists and environmentalists exploded in number to such an extent that existing markets were swamped. Prices collapsed and stayed down for several years. However, industries saw opportunity in all of those potential raw materials. In a 1993 issue, Recycling Times newspaper had a two-page list of capacity expansions and new mills using recycling paper. By 1995, prices were booming as those new end users were vigorously competing for raw materials.

We will see the same reaction this time as manufacturers see the raw materials available in our recycling bins. But we need to clean up our act. Manufacturers want raw materials, not trash. Let’s get back to the basics. Let’s focus on the majors—paper, metals, polyethylene terephthalate and high-density polyethylene plastics—and not on the minor contributors to the waste stream (do we really need to bother materials recovery facilities with coffee cups?). Let’s reemphasize the necessity of providing raw materials that end users want to buy. Let’s figure out a workable solution for glass containers. And, if we really want to increase recovery, let’s get serious about organics. If we do, we also need to get realistic about siting composting and anaerobic digestion facilities and finding end markets.

Garden State Paper no longer exists, as it was a victim of the decline of the newspaper industry. Nonetheless, its contribution to modern recycling is immense. Its vision and hard work, along with the dedication and hard work of those activists and environmentalists, took root. Recycling went from 8 million tons in 1970 to almost 90 million tons. Through all of these years, one fact has not changed: Without markets, recyclables have nowhere to go. Let’s learn that lesson and move forward.