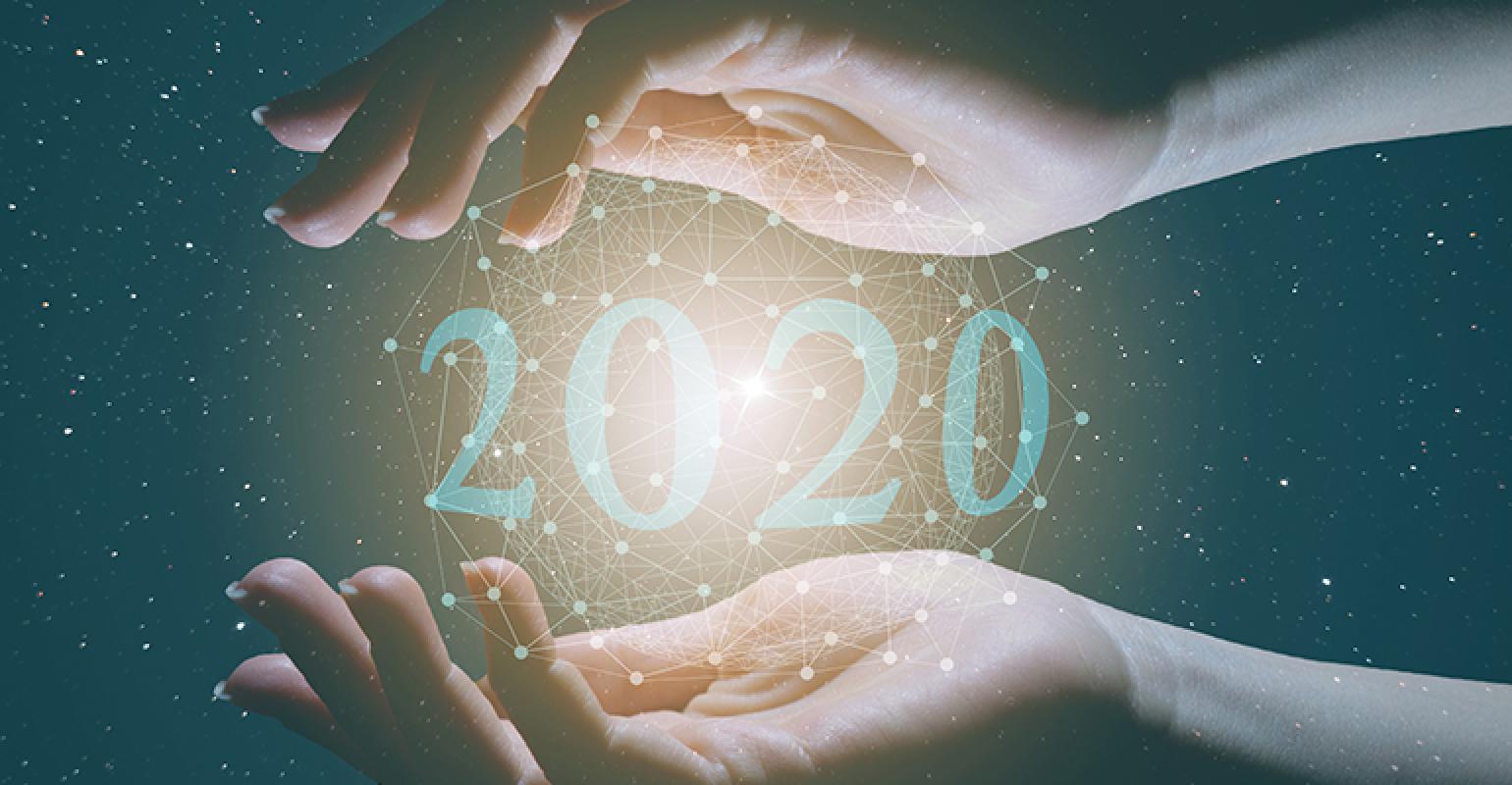 In this edition of Business Insights, we continue our tradition of sharing our thoughts on the outlook for the key drivers of the solid waste industry.

The publicly-traded companies will report their 2019 year-end results and provide their 2020 outlooks over the next several weeks. In this edition of Business Insights, we continue our tradition of sharing our thoughts on the outlook for the key drivers of the solid waste industry.

Pricing Accelerating as Volume Likely to Return to the Mean

Solid waste pricing, which accelerated during the course of 2019, is likely to be forecast as sustainable with recent levels and certainly higher than overall 2019 levels. Republic Services (RSG) management has talked about yield approaching or pushing 3 percent, while Waste Connections (WCN) has forecast core pricing at around 5 percent. Several of the drivers remain the same as last year—elevated landfill operating costs, particularly with regard to leachate, and labor costs—and in WCN’s case particularly, the need to recoup higher third-party processing costs for recycling. A couple of new twists have been added to the equation this year, however. First, landfill capacity shortages in the Northeast have become even more acute, particularly benefitting Casella Waste System’s (CWST) disposal pricing. For the first time in the best part of three decades, overall landfill capacity is expected to decline 15 percent over the next five years, according to Waste Business Journal. As a result, and as Waste Management (WM) has highlighted, municipal solid waste (MSW) disposal pricing has finally begun to accelerate, a trend viewed as at least sustainable into 2020, driven not only by the higher landfill costs but the need to get the proper return on these increasingly valuable assets. This, in turn, is providing support for collection pricing, as disposal costs are generally the largest cost for the private haulers, and they can no longer subsidize their collection operations with the sale of recycled commodities, certainly at these levels of commodity pricing.

Underlying solid waste volume growth in the U.S. is generally estimated to be around 1 percent, and we see the industry players reverting to the mean after a year of large divergence in volume trends in 2019. Last year, RSG’s and WCN’s volume was dampened by the shedding of “non-regrettable” business, primarily broker business in RSG’s case and lingering Progressive Waste underperforming accounts at WCN. This should be finally beginning to anniversary; thus, volume forecasts for both companies are expected to be positive—flat to up 1 percent. CWST’s volumes are expected to be in a similar range. On the other hand, WM’s 2019 volumes were much better than anticipated, in part due to the California wildfires. So, WM’s forecast volume growth is likely to moderate sheerly due to tough comparisons. Fears of an industrial-led recession seem to have abated (for now) as well, which should underpin general forecasts of positive volume growth in 2020.

We use old corrugated cardboard (OCC) as a proxy for overall recycled commodity prices and RISI’s monthly “Yellow Sheet” for price data. Recycled commodity prices fell each and every quarter in 2019, despite early hopes for stabilization at this time last year. On average, 2019 OCC pricing was $35 per ton, versus current levels of around $24 per ton, another decrease of about 30 percent. Once again, however, there is hope for stabilization, as OCC pricing has hovered in a fairly tight range of $22 to $25 per ton since June. This would indicate that the headwind from recycling should be contained to the first half of 2020, assuming January 2020 levels hold. After 2019’s experience, we don’t foresee any management teams willing to call a rebound, despite new domestic recycled paper mill capacity coming online this year and next. In any event, that positive development will war against further, expected Chinese import reductions in 2020, and the threat of a complete Chinese recycled fiber import ban in 2021. Though recycling is generally expected to be a headwind in the first half, the companies’ own actions with regard to charging contamination and higher processing fees, as well as restructuring contracts, are mitigating and blunting the traditional sensitivity analyses of the companies’ earnings to commodity price changes. Bottom line, recycling is expected to be less of a drag in 2020. Due to its higher proportion of franchise contracts, WCN remains the most vulnerable to lower recycled commodity prices, while CWST remains the best protected, given the success of its SRA fee. Renewable energy credits (RINs) largely came out of the blue to become an issue for WCN in the second quarter of 2019 and for WM in the third quarter. From the lows in the summer of 2019, RIN pricing appeared to have stabilized in the fourth quarter in a range of $0.81 to $0.85, but in the last week of January, it nearly doubled to $1.51 (as of January 31)! At current levels, RIN pricing now looks to be a headwind in just the first quarter of 2020, and a more modest one at that, as first quarter 2019 RIN pricing averaged just under $1.80. The recent volatility underscores the difficulty of predicting this relatively new commodity-based risk. Adding to unpredictable factors is the coronavirus—exploration and production waste services are likely to come under further pressure given the fall in oil prices, but that should also benefit the fuel expense line.

All In, Margins Look Modestly Up

Given the expected strong pricing and seemingly moderating cost inflation (at least on the transportation cost line, if not necessarily labor), underlying solid waste collection and disposal margins are likely to be forecast up 50-plus basis points again this year. Depending on how conservatively the companies forecast their recycling and RINs exposure, total company margins are likely to be forecast as up more modestly, though we note that RSG has set an expectation for an overall company margin expansion of 30 basis points. Bottom line, there does not look like there is a large downside risk to 2020 consensus estimates for earnings and free cash flow when guidance is presented.

With the 11th hour reinstatement of the compressed natural gas (CNG) fuel tax credits, WM, and to a lesser extent RSG, will get a boost to 2020 free cash flow (FCF), although the earnings impact will be more dramatically felt in the fourth quarter of 2019 results. WCN and CWST will get a relatively modest bump. This should help ensure that FCF grows in the mid-single digits for WM and RSG and closer to double-digit for WCN, which is expected to approach or hit the $1 billion free cash flow milestone. CWST’s FCF growth is also expected to be in the double-digits. Although RSG has called out some expected, added capital expenditures (capex) in 2020, capex seems less likely to jump or be an upside surprise in 2020, though investments in technology and more automated materials recovery facilities are likely to continue.

To no one’s surprise, merger and acquisition (M&A) activity is likely to remain elevated in 2020. The combination of potentially looming tax increases (largely expected if there is a change in the administration), underlying solid fundamentals, rising disposal costs and continued recycling woes are bound to drive continued high levels of consolidation in 2020. RSG has already put out a preliminary acquisition spend number of $200 million in 2020, versus a more typical number of $100 million. It is likely that companies will generally forecast more “normal” levels of acquisition activity than what occurred in 2019, but this is the most likely source of upside to earnings during the course of the year, particularly for WCN and CWST.

It has been a long time since the Business Insights outlook edition has had a legislative/regulatory section! However, this year, there is greater likelihood of some type of recycling legislation, given the bipartisan nature of two of the recycling bills that have been introduced—Recycling Enhancements to Collection and Yield through Customer Learning and Education Act of 2019 (RECYCLE) and Realizing the Economic Opportunities and Values of Expanding Recycling Act (RECOVER). RECYCLE focuses on education and RECOVER on infrastructure, and both bills are supported by major industry players. Frankly, the funding earmarked for the bills is somewhat modest, particularly given estimates of the extent of infrastructure improvement that is necessary, but both bills are incrementally positive as a recognition of the recycling issues still plaguing companies and municipalities. On the other hand, although there is little chance of federal action under the current administration, more meaningful single-use plastic bans and plastics extended producer responsibility (EPR) legislation is expected (Udall-Lowenthal), and per- and polyfluoroalkyl substances (PFAS) legislation has been introduced in the House, with more mixed ramifications for the solid waste industry. The industry has generally been divided with regard to supporting EPR, while all the industry players are keeping a wary eye on the rapidly evolving PFAS situation, given the potential to increase testing and treatment costs and future capital expenditures. Although federal legislation is unlikely in 2020, the latter issues are likely to begin to crystalize given state actions that are moving forward—as shown by attempted plastics regulation in California, EPR legislation in Maine and current or pending PFAS legislation/regulation in nearly 20 states.