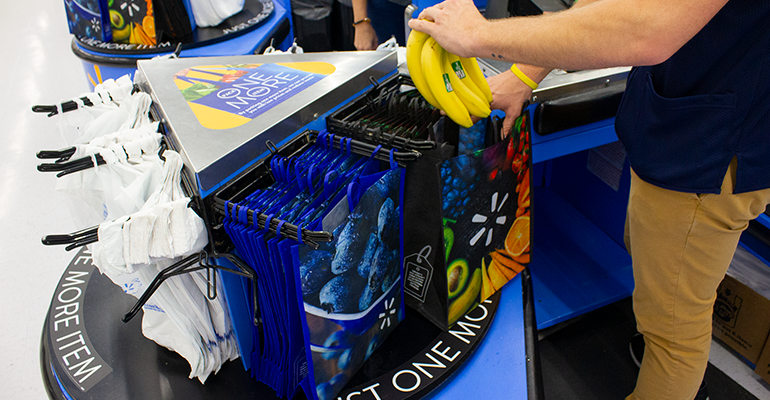 During its 2019 sustainability milestone summit, Walmart announced that for the first time, checkout carousels at its U.S. stores will include reusable bags that will be available to customers for purchase.

The aim of this new campaign is to help reduce plastic waste and increase customer convenience by placing reusable bags in easy-to-find and highly frequented sections of its stores. As part of the launch, Walmart is rolling out a new assortment of reusable bags that are made with post-consumer recycled content.

The new reusable bag initiative will begin rolling out to stores next month and follows a recent announcement by Walmart on a series of plastic waste reduction goals that seek to advance the sustainability of the retailer’s private brand packaging by making it 100 percent recyclable, reusable or industrially compostable by 2025.

This year’s milestone summit also featured announcements and updates on several other sustainability initiatives. For example, the event marks the two-year anniversary of Project Gigaton, a platform in which Walmart is working with suppliers to avoid 1 billion metric tons, a gigaton, of emissions from global value chains by 2030. As part of the summit, Walmart Canada announced it is joining Project Gigaton, making it Walmart Inc.’s third international market to work with suppliers toward emissions reductions.

“We are encouraged by the engagement of our suppliers in Project Gigaton,” said Kathleen McLaughlin, senior vice president and chief sustainability officer for Walmart Inc., in a statement. “To achieve our ambitious climate goals, we aim to expand and deepen that engagement. The progress to date shows how companies can contribute to climate action through practical actions all along the product supply chain. Ultimately, building sustainable supply chains requires collective action from everyone—not only our associates and suppliers but customers, business in general and civil society. We are excited to be part of the solution.”

During the milestone summit, Walmart shared an update on its responsible sourcing work alongside NGOs, industry groups, governments and suppliers, with the aspiration to improve the lives of workers in the global apparel supply chain, with a particular focus on women. Walmart also shared new sustainability goals for apparel and soft home textiles within Walmart U.S. stores, including: 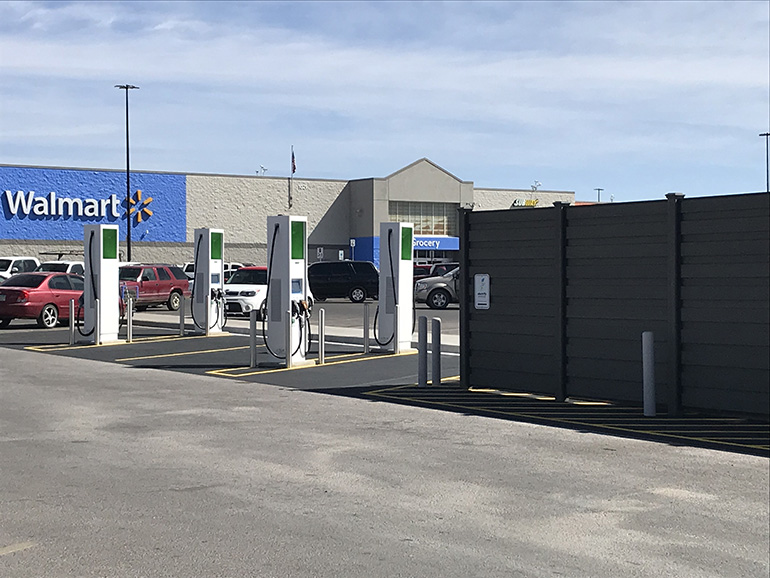 Walmart said it continues to make progress in its efforts to increase the availability of electric vehicle (EV) charging stations at its stores and clubs across the U.S. As of 2018, Walmart has EV chargers available at retail locations across 29 states.

Walmart also outlined its progress toward its aspirational goal of being powered by 100 percent renewable energy—and to power 50 percent of its operations with renewable energy by the end of 2025. Over the past year, Walmart completed contracts for 136 new solar and wind projects, which will supply the company an additional estimated 2.14 billion kilowatt hours of renewable energy annually.