Toyota North America to Reduce Operations Emissions Up to 40% 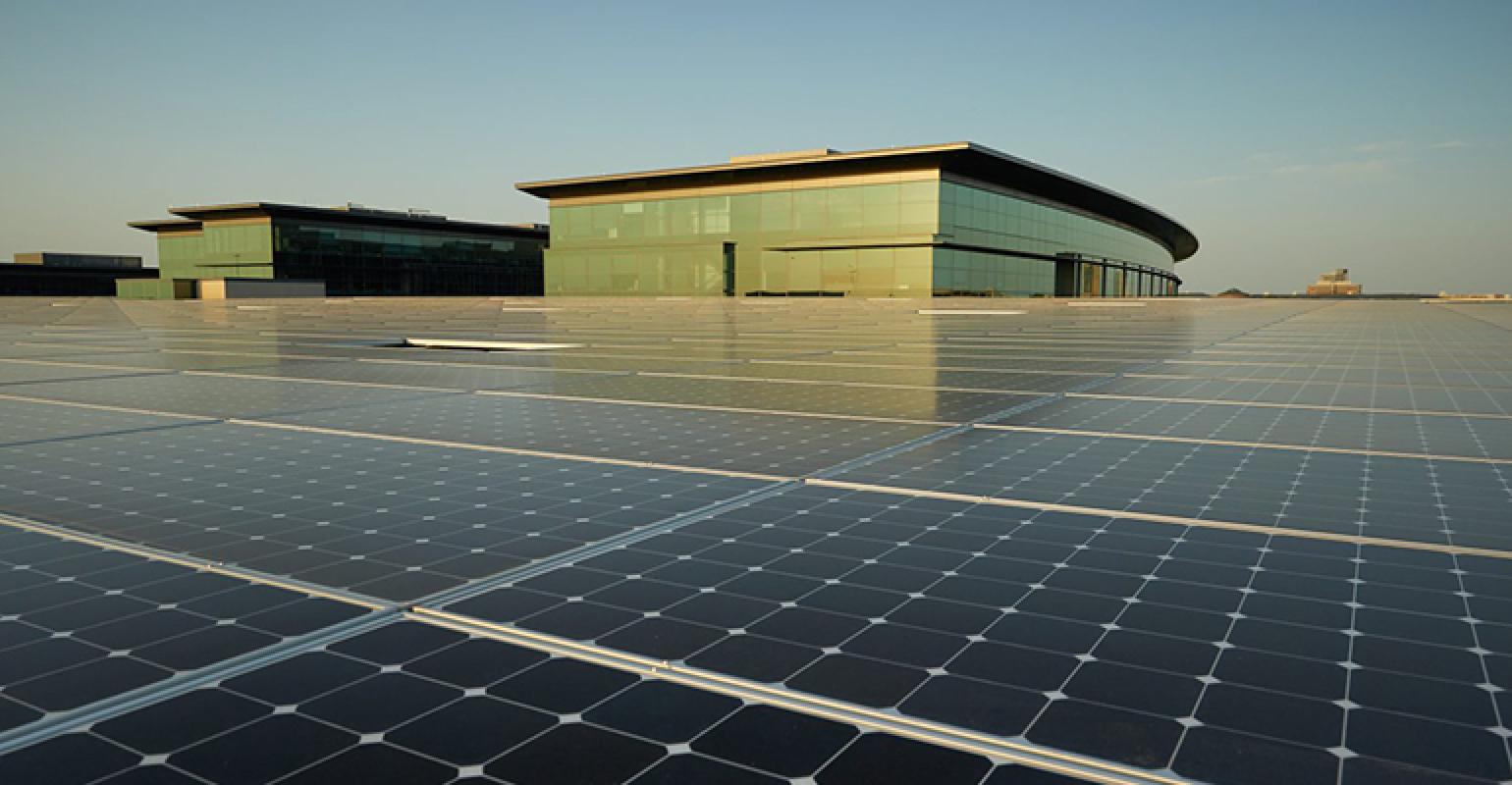 The company announced it will enter a purchase agreement to fund the production of solar and wind energy.

Toyota Motor North America (TMNA) announced it is committing to aggressively reduce its carbon output in the United States by entering into Virtual Power Purchase Agreements (VPPAs). It will use them to reduce emissions from its North American operations by up to 40 percent over the next three years.

The move represents a major step toward Toyota's Environmental Challenge 2050 goal of cutting global emissions from plant operations to zero by 2050.

Under the VPPAs, which the company expects to commence later this year, TMNA will contract with renewable energy providers to generate wind and solar power that will be provided directly to regional electric grids. The supply of renewable power is expected to reduce use of fossil fuels while improving the sustainability of the electric grid in the area.

By powering its operations from the enhanced grid and applying Renewable Energy Credits earned by funding the generation of renewable electricity, Toyota expects to offset emissions from its facilities in North America.

"Toyota has long been defined by its commitment to responsible environmental practices, and we're proud to build upon that great legacy today," said Kevin Butt, general manager and regional environmental sustainability director for Toyota Motor North America, in a statement. "We are committed to setting an example of sustainability that goes beyond vehicles to show how a company can significantly reduce the environmental impact of its operations. By cutting our U.S. emissions by 40 percent, we will be that much closer to our goal of having a net positive impact on the environment by the middle of this century." 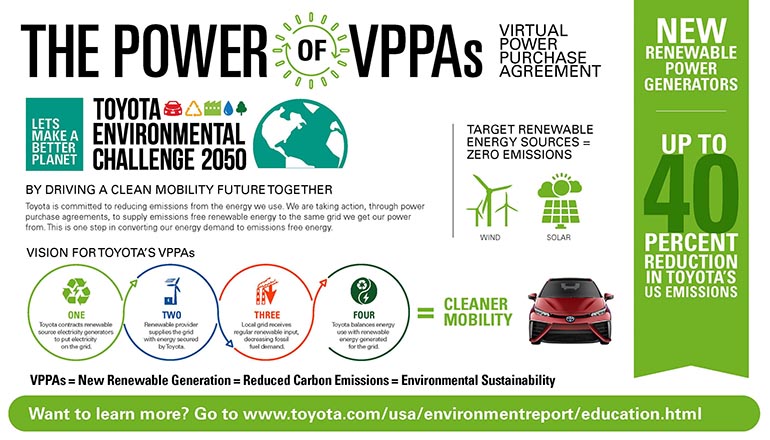 Toyota's VPPA program is the result of more than six years of research into how to reduce and offset emissions from the company's operations, working in partnership with Massachusetts Institute of Technology, the National Renewable Energy Lab, the Rocky Mountain Institute and others. It is part of a wider effort across the company to reduce the environmental impact of enterprise operations as it also works to limit vehicle emissions.

This endeavor supports Toyota's Environmental Challenge 2050. Launched in 2015, the challenge sets out six objectives for the company's global operations, including: