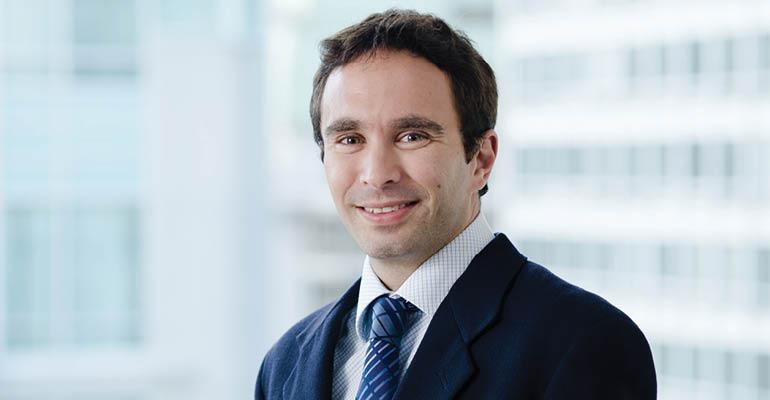 Schofield talks about Enerkem’s transformative solutions and why he thinks more young people should join the waste industry.

Waste-to-biofuel firm Enerkem’s Edmonton, Alberta, facility was a long time in the making.

The facility turns the city’s nonrecylable and noncompostable trash into methanol and ethanol. The project enables diversion from landfill, cuts gas emissions and helps oil companies meet obligations to use alternative, renewable fuels.

After years of development, the company’s first full-scale commercial facility met all operational milestones set by its senior lender in early April. And last week, the company announced it had started the commercial production of cellulosic ethanol.

Schofield was recently named as a Waste360 40 Under 40 award recipient. In this interview, he talks about Enerkem’s transformative solutions and why he thinks more young people should join the waste industry.

Waste360: What are your major responsibilities?

Richard Schofield: I am a project development manager at Enerkem. We are the first company in the world that takes on a commercial level municipal solid waste and transforms it into a liquid product like chemicals and biofuels.

What I do as part of the business development team is to make sure that the project we’re looking at developing is sound on a technical level and that all of our partners are aligned so that we can develop a project well.

I also meet with government entities to give them a better understanding of what our projects are in order to develop a path towards project permitting. Being the first in the world means that there’s no direct path towards permitting our projects. Because we handle municipal solid waste and we’re not a landfill, and we’re not an incinerator and we’re not exactly a chemical plant, we’re often in grey areas when we talk to regulators. We have to define the path forward in building the plant as per local regulations.

I’m also one of the designated speakers for the company. I attend conferences and talk about our company through presentations. For two years now, I’ve been a member of the International Board of SWANA [Solid Waste Association of North America]. I’m the Quebec Chapter representative.

Waste360: Where does Enerkem serve?

Richard Schofield: Our first commercial facility is in Edmonton [Canada]. The second facility that we’re looking at building is in the Montreal area. We have quite a few other projects in our pipeline. We have two that are publicly known—one that’s in Minnesota and the other one is in Rotterdam.

Waste360: What are some examples of the green solutions that your company is creating?

Richard Schofield: Our two main products that we do right now are methanol and ethanol. Ethanol is blended throughout fuels all through North America.

What we produce qualifies as cellulosic ethanol, which is an ethanol that reduces greenhouse gas emissions by more than 60 percent when compared to the traditional fuel.

In Rotterdam, our project is to produce methanol. Methanol is a little easier to produce, and in Europe you can blend up to 3 percent of methanol into gasoline. In North America, the legislation is all around ethanol.

We have a big research and development team because it’s all in-house technology and we’re looking at producing different kinds of chemicals in order to diversify our product range even more.

Richard Schofield: It is. I’m proud when I tell people what I do as a job. People are intrigued. It’s great to see that we’re looking more at waste not only as being something that’s sent into the landfill but evolving into the 21st century and seeing how it can be used as a resource.

Waste360: If you could change something in the industry, as far as how people think about waste and what it can do, what would you like to see progress?

Richard Schofield: I think that there’s two ways of seeing this—people in the waste industry and people who contribute to waste, which are two different things. In any city, you have people who are against landfills but don’t make any efforts to reduce their trash and reduce the waste that they use. That’s an irony around it. It was the same for me before I entered the industry. It’s not easy.

Richard Schofield: There are a lot of trends with young professionals and people graduating and going into environmental sciences and environmental engineering. Most people who are in those fields think about water treatment and air emissions, and not a lot of people think about waste management.

I think we’re at a flex point now. There are fewer landfills being permitted. People want new and innovative ways for their waste to be managed. It’s a good time for young professionals to come into the waste industry and support these innovative technologies and implement them.

The one thing that might be a little tricky for younger professionals is that you have to have a certain patience in the industry. As I discussed earlier, most of the waste collection is done on a continuous basis, so if you want to bring in a new technology, you generally have to make sure that you’re bringing in something that’s reliable. That takes time. With our technology, for example, our company was created 17 years ago. It took us about 15 years to go from our initial gasification of waste to operating our commercial facility because we wanted to make sure that we had a reliable, cost-effective solution for the city that we were partnering with.

Things are evolving. In Europe, there’s a big focus around the circular economy, which looks at how you can take anything that was going to be a waste stream but valorize it to bring it back into the market as a commodity, which is contributing in a circular way into the economy rather than the traditional linear one where you pick the resource out of the ground, you make a product, and then you bury it and then it’s gone.

You have legislation in California and British Columbia around low carbon fuel standards that contribute to that as well. You have a lot of states, counties and provinces that are putting into place mandates on landfill reduction and waste diversion. A lot of waste diversion objectives are very aggressive and you can’t do it anymore by traditional means. The industry is moving towards innovation, and we need young professionals with innovative solutions to join in.