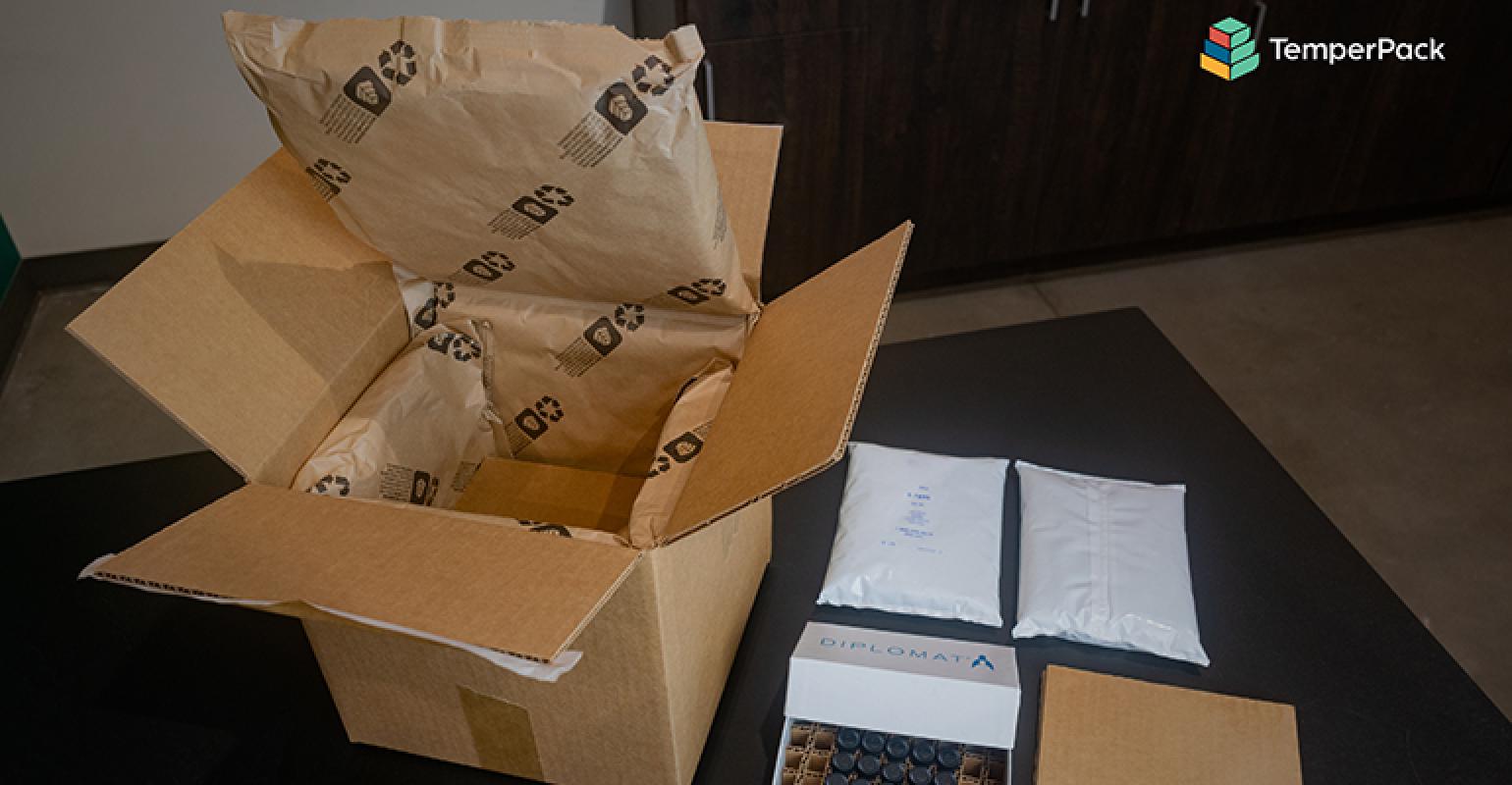 Diplomat made the switch to boxes lined with a 100 percent recyclable material harvested mainly from trees and vegetables.

Polystyrene is an excellent insulator, so it is widely used in packaging of temperature-sensitive medications that must be shipped. But the material is bulky and hard to break down. And patients, some of whom receive weekly drug shipments, have nowhere to take it.

These insulated coolers, made by TemperPack, manufacturers and distributors of sustainable thermal packaging, can be put out for curbside recycling and are accepted at plastic bag drop-off sites. Diplomat’s transition to the product, called ClimaCell coolers, should result in diversion of more than 5 tons of plastic from landfills every week. And these coolers require 94 percent less energy to manufacture than the same amount of polystyrene, according to Patrick Burke, TemperPack vice president of supply chain.

Steven Hess, senior vice president of procurement and facilities for Diplomat, and his colleague Linda Helgeson, a senior business analyst at Diplomat, had seen problems around polystyrene within their industry for years.

“Linda and I worked together for 12 years in many roles, and we saw this issue where people couldn’t get rid of Styrofoam from infusion company’s packaging,” says Hess. “One company was picking it up and bringing it back to the infusion facility. It would be cleaned out and reused. Since Diplomat ships directly to patients across the country, picking up the coolers for reuse wasn’t feasible, nor was shipping them to a recycling facility.”

There would be a lot of product testing to ensure the alternative they discovered at a tradeshow would meet international shipping standards with regard to maintaining the drug’s required temperature.

“We wanted to make sure [the medication] did not get too cold or too hot, and that was the tricky part,” says Helgeson. And there was little room for what would be a costly error. One shipment may average $5,000 per package and must remain between 2 and 8 degrees centigrade, even in extreme weather conditions.

Cold chain product sales are growing twice as fast as non-cold chain ones, and this trend is accompanied by a huge spike in packaging, according to Pharmaceutical Commerce. With that influx also comes more polystyrene, with little infrastructure to manage product at the end of its typically very short life.

Wanting to be part of the solution, Diplomat already had looked into recyclable packaging from other materials that proved economically unfeasible. Now, it set out to see how it might make this new alternative packaging work for its business and customers.

First, staff had to figure out the correct number of gel packs per cooler and in what order to place each layer of materials to maintain the required temperature. 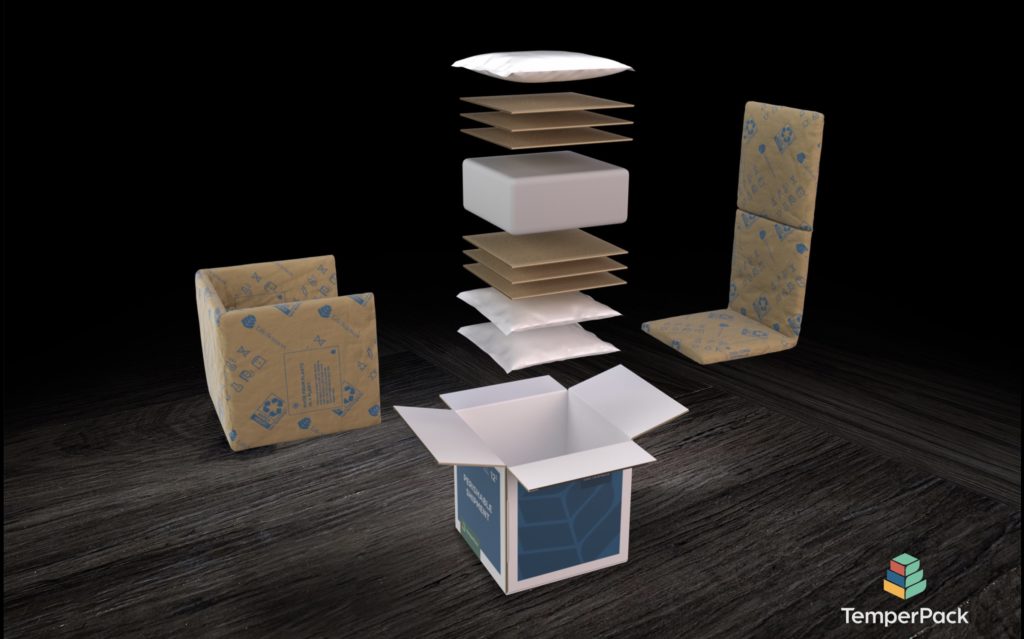 Staff did pilots at several sites before rolling out the new coolers. There was a customer education push, and Diplomat educated its staff who would be fielding questions from patients.

TemperPack worked closely with materials recovery facilities and mills to design a product they could manage in their facilities as easily as corrugated containers.

“The biggest challenge we had to overcome was developing a material that would resist damage from moisture caused in cold-chain shipping applications, while still being repulpable,” says Burke. “We tested over 130 chemistries to ultimately settle on the current, trade-secret recipe that holds up to the stresses of live shipment while passing the OCC-E [old corrugated containers certification] standard for repulpability and recyclability.”

The roll out was done in phases, during which time Diplomat got feedback from pharmacies, then made some tweaks.

“We learned sometimes we could go with materials that are thinner than bubble wrap. With thinner materials, we save on their cost and we save on associated shipping. Plus, it’s better for the environment,” says Hess.

It put out postcards in patients’ last shipments of the old container to let them know of the new packaging and that they could put it in their curbside bins. The outside box bears a recycling stamp, and the liner has a recycling logo.

Once the package has been out for a while, Diplomat plans to do a patient survey to determine how many customers are actually recycling these packages, but TemperPack Co-founder James McGoff is hopeful.

"Our healthcare system relies on petroleum-based plastics—especially EPS foam,” said McGoff in a statement. “Patients don't think this is sustainable, and neither do we. ClimaCell is the first in a series of high-tech, plant-based technologies that will empower companies like Diplomat to continue improving human health without compromising environmental health."