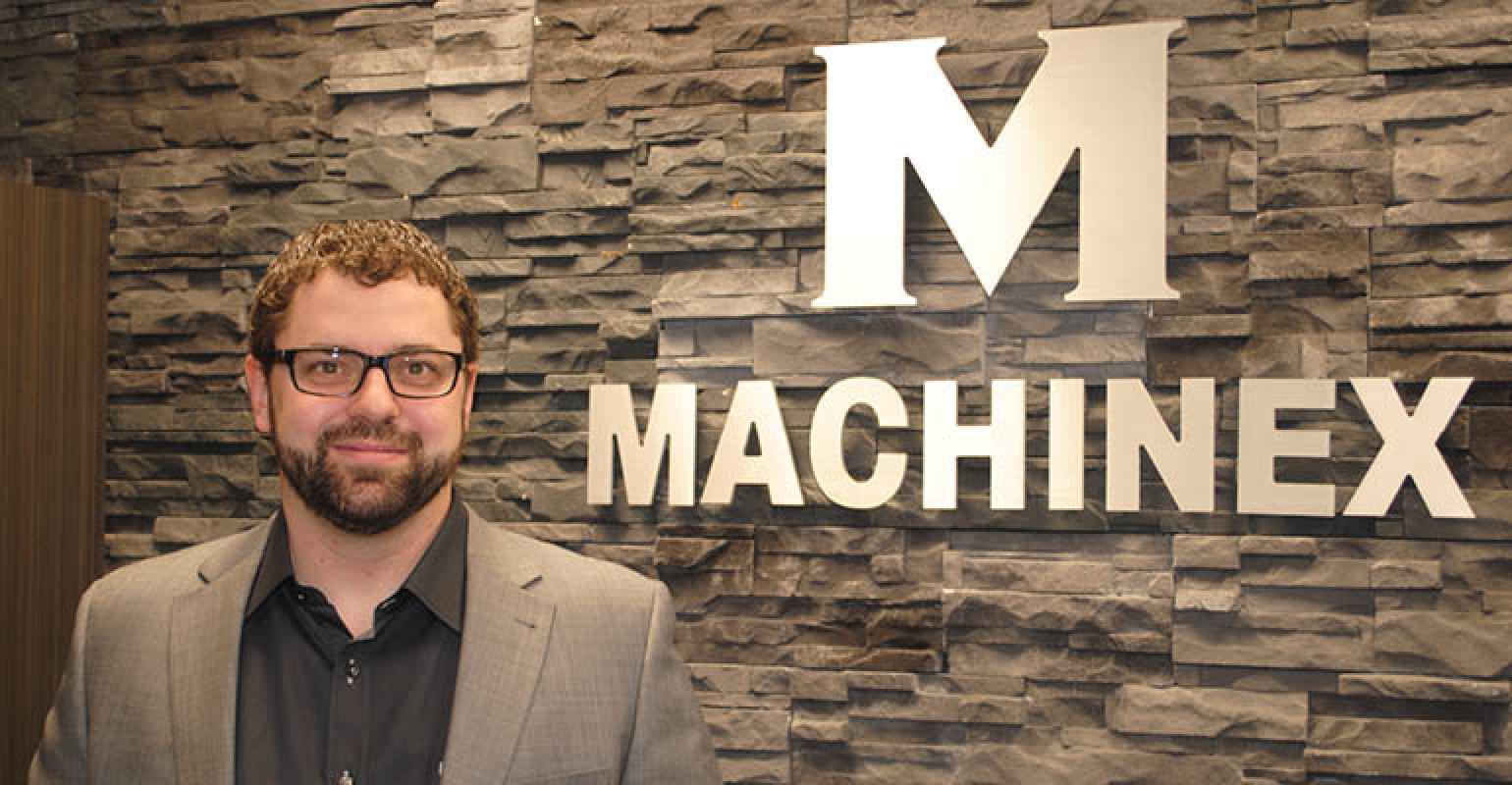 Waste360 spoke with Marcouiller about his goal of providing the best customer experience possible and his continual quest to learn more and grow within the industry.

David Marcouiller, executive vice president at Machinex Technologies Inc., oversees the company’s sales engineering team. In the early 1980s, Machinex became the first company in Canada to design and manufacture machinery for material recycling facilities (MRFs). Since then, the company has established itself as a leader in designing profitable, high-quality recycling sorting systems. With headquarters in Quebec, Machinex serves clients through its offices in Toronto; Vancouver, Canada; High Point, N.C.; the U.K.; and Australia.

Marcouiller joined the company in 2003, shortly after graduating from Collège Shawinigan in Quebec. He started his career at Machinex as a draftsman in the research and development department, and then moved on to become a project manager for several of the company’s major recycling installations.

Marcouiller, who was recently named as a Waste360 40 Under 40 award recipient, is now both a company and industry leader. Waste360 spoke with Marcouiller about his goal of providing the best customer experience possible and his continual quest to learn more and grow within the industry.

Waste360: What are some projects where you felt like you were able to either achieve a solution or to learn something interesting about the industry?

David Marcouiller: When I was a project manager, I was given the biggest project that Machinex had at the time, which was Miller Waste Systems in Ontario. As a project manager, I had the chance to manage compost, organics, single stream and other projects. One of my highlights in this role was working with Nortech Waste in California, which was a $15 million project.

Next, I moved to the sales engineering department. Rumpke was our biggest sale in the U.S., and I sold that project in 2013. The relationship with Rumpke is one of my greatest successes.

A recent highlight was getting into a new market: the glass industry. This is something that I have wanted for many years. As an executive, I have some liberty so I visited some facilities and teamed up with some partners. We have launched a new project with Éco Entreprises Québec (ÉEQ), which has invested more than $6 million in a MRF to sort glass.

Waste360: Why was it important for you to get into the glass market?

David Marcouiller: I had been thinking about glass for about five years. About 10 years ago, the percentage of glass in the blue bin mix was about 5 percent of the challenge. Now, glass in the blue bins is anywhere between 15 and 20 percent. When you have something that represents 20 percent, you have to take care of it. This was not something that any of the manufacturers of similar material recovery facilities were offering so there was an opportunity there.

Waste360: Can you talk about the solution you helped design for Rumpke?

David Marcouiller: Rumpke is a family-owned company. We started working with them in the early 2000s, and we had implemented one project with them. In 2009, I started working with them, and now they sole source with us. We have built a relationship through trust, but it's not just me, of course. The whole company has helped us to be very successful. Our service department is the key to our supporting them year-round, and we take good care of them as a company.

Waste360: You made the decision to learn English as part of your professional development. How did you achieve this goal?

David Marcouiller: When I started as a project manager, I always had a salesperson with me in meetings. It didn’t take much to see that not knowing English was going to hurt me in the long run because I could not be autonomous. One of my colleagues was also my roommate, and I asked him how he had learned English. He said that when he was younger he stopped watching TV in French and starting watching TV and reading books in English. I made that conversion as well, and it helped me tremendously.

Learning the vocabulary for the industry was the first challenge. That has been a 12-year achievement. For my three kids, I am trying to get them started with learning English earlier than I had the chance to so they will learn more quickly.

Waste360: How has being a member of the National Waste & Recycling Association’s (NWRA) Future Industry Leaders Alliance (FILA) helped your professional development and growth?

David Marcouiller: Honestly, I cannot speak highly enough about it. I just attended the fall training tour for the fourth year in a row, and every training session they give is awesome. The first training session I had with them was about negotiation. All of the exercises and scenarios were from the Harvard Business School, and the trainer was the person responsible for the all of the acquisition at Dover.

Everyone who is there has made a valuable contribution to the industry. You get to meet new people, see what challenges other people in different companies are facing and talk about these issues. There are exercises that get us to talk about how we currently see things and how we see the industry in the future. There is a lot of leadership training, of course.

In FILA, there are a lot of people like me who got into the industry and grew within the industry; or who came with a nice knowledge about finance or other areas; or are the kids of owners and will become the next generation to lead the company in their family’s name. Ultimately, all of the training makes us stronger.

Waste360: What are some advancements or changes you would love to see within the industry?

David Marcouiller: It’s a worldwide problem, and a problem that we should all face together. These events held by FILA, NWRA and other associations are actually working toward one goal. Everyone who chips in is part of the solution and not just part of the problem. I would like everybody to be on the side of being part of the solution.

At Machinex, we pride ourselves on having the most repeated business with our customers. Rumpke is a good example of that, but there’s a very long list of our repeat customers. That is proof of the way that we do things. We do what is right to do, not what sells better.

I would like to see everyone be part of the real solution. I would like to see a lot of the companies that we do business with also be involved in these kinds of associations. I think good things are being created there. It’s actually a very good way to learn what drives people, and I think everyone has something to say.