How Technology Has Shaped Waste Operations and Code Enforcement 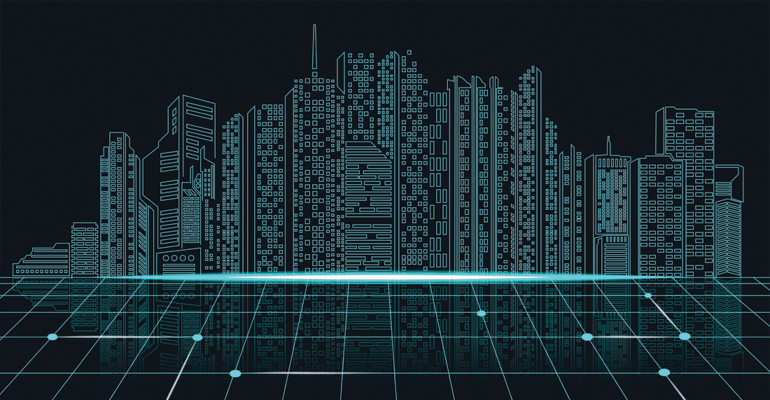 There's no denying that advancements in technology have been the catalyst for operational efficiencies across virtually every industry.

Just 25 years ago, a cacophony of sounds from clickers to papers was commonplace in waste collection.

"The waste industry 25 years ago was really a more manual process with paperwork - tons of paperwork," he explains. "I mean, you actually had to follow trucks. You had to go out there physically. There was really not much technology out there. We used to do all our routing on maps. You actually had to pin on the wall map every stop to understand if you're overlapping routes."

Green screen systems were as "technical as you can get." Terminals allowed workers to look up accounts and document things, but processes like route sequencing were more complicated.

Fernandez recalls physically having to go out on the streets to learn the landscape and understand what factors affected collection.

"Our documentation was taking a Polaroid picture," he says. "I mean, maybe the new generation doesn't know what a Polaroid is maybe, but Polaroid was instant film."

Fast forward to the present day, to the proliferation of cell phones, GPS and big data. Fernandez pointed out how technology has made the waste industry more efficient and safer.

"The driver doesn't even have to get off the truck to pick up the garbage anymore," he says. "It's all mechanisms - hydraulics, and a nice automated arm that actually goes out, reaches out, picks up the car dumps into the hopper, and you keep going. You don't have to break a sweat out there really, compared to back in the days."

Technology and automation also have reduced workers' compensation cases and common injuries such as slips, trips and falls. And now, everything is captured in real time. Drivers no longer need to turn in a sheet that details their tonnage and route. Everything is automated and every bit of data is catalogued to further optimize routes and service.

Fernandez indicates.that the "way of the future" could be even more automated before, especially with the introduction of electric vehicles.

"I think the driver could have this nice computer inside their truck," he says. "Before we get to autonomous, I think you're gonna have this nice tablet in your truck that the driver could report that missed pickup - that container that wasn't set out or the overflowing dumpster or [a customer] that needs a new container. It's at the touch of a button."

For Kisha Murray, manager of Miami-Dade's Code Enforcement Division, the use of technology has aided in creating operational efficiencies and identifying problem areas in Miami-Dade County.where illegal dumping occurs.

"What we do directly affects the quality of life in communities and neighborhoods," she says. "We oftentimes are the first point of contact for municipalities and internal customers, or external customers, for commissioners - everybody. And we're like the eyes and the ears on the street."

Video surveillance, the use of mobile technology and enhanced partnerships with law enforcement have aided the Code Enforcement Division. Officers previously had to write locations down on a notepad. A worker was designated to take calls from customers or anyone who had a concern about solid waste.

"Now, we have officers with laptops and they're installing cameras," Murray says. "There's more real time information being transferred from the communities to the code enforcement officers to the municipalities and back to the call center. The technology has really decreased delays in providing a service and helping you to be more efficient."

Hear more from Fernandez and Murray during the session "Two Tales from One County – The Past, Present and Future," at WasteExpo Together Online September 13-14, 2021.