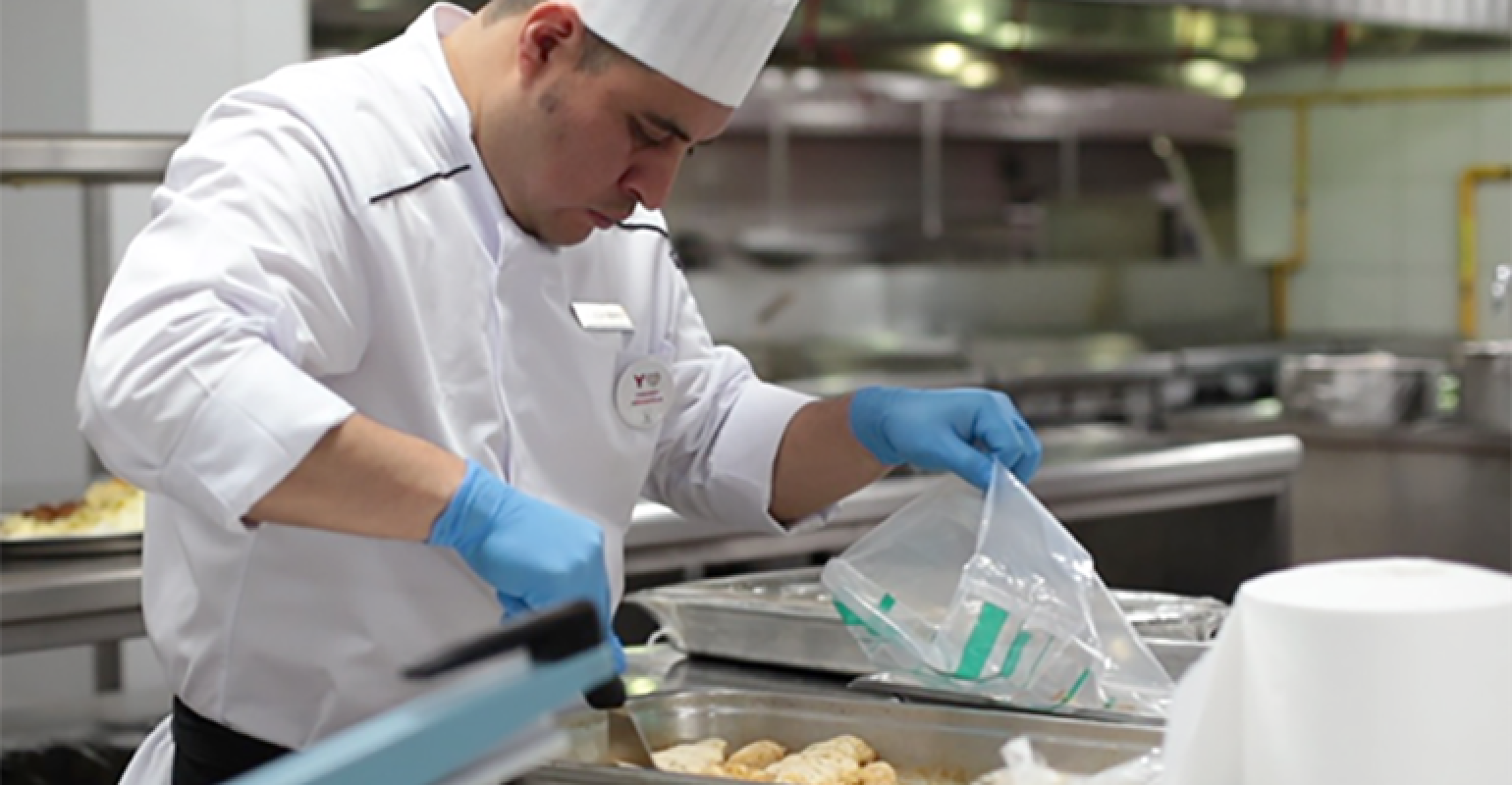 The company has expanded its Travel with Purpose initiative to nearly 300 hotels and expects to donate nearly 100 tons of food over the next year.

Hilton recently announced the expansion of its innovative food donation initiative to all of its managed hotels across the United States and Canada, representing one of the largest hotel food donation programs to date. The company expects to donate nearly 100 tons of food over the next year—enough to feed more than 160,000 people—while also diverting millions of pounds of food waste from landfills.

“We have a century-long tradition at Hilton of playing a pioneering role in the hospitality industry, and it is inspiring to see our team members taking that spirit out into their communities to address the serious problem of food insecurity,” said Chef Marc Ehrler, vice president of Americas Culinary, Hilton, in a statement. “What started as a pilot in a few of our hotels has become a movement because our team members are motivated by a desire to have a positive impact.”

Approximately one-third of food is wasted worldwide, yet global food insecurity remains endemic. It is estimated that more than 41 million Americans, including 13 million children, currently suffer from food insecurity. Meanwhile, most food waste ends up in landfills, where it produces nearly 10 percent of the global greenhouse gas emissions that contribute significantly to climate change.

In response, Hilton included an ambitious commitment to reduce its food waste by 50 percent by 2030 as part of the company’s Travel with Purpose 2030 Goals to cut its environmental footprint in half. Working with its environmental partner, World Wildlife Fund (WWF), Hilton undertook pilots at 50 hotels around the world to better understand food waste reduction challenges and opportunities in the hospitality industry. The pilots resulted in a number of innovations in Hilton hotels, from “no-waste” catering menus to thoughtfully designed buffet presentations.

“At Hilton, we have incredible potential to solve some of society’s most pressing challenges through our hospitality mission,” said Katie Fallon, executive vice president of corporate affairs, responsible for Hilton’s corporate responsibility efforts, in a statement. “We will keep at this until every one of our hotels around the world is diverting food waste to address the hunger crisis, so that our guests know that when they stay with us, they are traveling with a purpose.”

Hilton also participated in the development of the Hotel Kitchen toolkit, a free tool developed by WWF and the American Hotel & Lodging Association with funding from The Rockefeller Foundation, which provides hotels with techniques to reduce food waste. Hilton has implemented the Hotel Kitchen toolkit and its associated trainings at all of its managed hotels in the Americas, while also making the toolkit available to its franchised properties.

Now, Hilton is expanding its food waste initiative by encouraging its 300 managed hotels in the U.S. and Canada to partner with local food rescue organizations to feed the hungry in their immediate communities. Each hotel will set a food waste diversion and donation goal for 2020 and report their progress so top performers can be recognized each month. Hotel teams will be able to select organizations to work with from a robust directory of food donation and diversion partners from across the country, as well as connect with one another to share best practices.

Examples of existing partnerships include:

Hilton’s food donation program is initially focused on the U.S. and Canada because food donors in those countries are legally protected from liability under Good Samaritan laws, but the company’s goal is to expand these efforts globally. Donation efforts are already being driven at many of Hilton’s hotels around the world, including partnerships with groups like Scholars of Sustenance in Thailand and Indonesia, Oz Harvest and Addi Road Food Pantry in Australia, the Egyptian Food Bank, Equoevento in Italy and Al Rescate, the first food rescue program created specifically for the hospitality industry in Mexico.

Hilton measures its food waste progress using the company’s cloud-based corporate responsibility management system, LightStay. All properties are required to use LightStay to measure their environmental and social impact. So far this year, Hilton hotels in the Americas have diverted more than 6 million pounds of food waste from landfills.