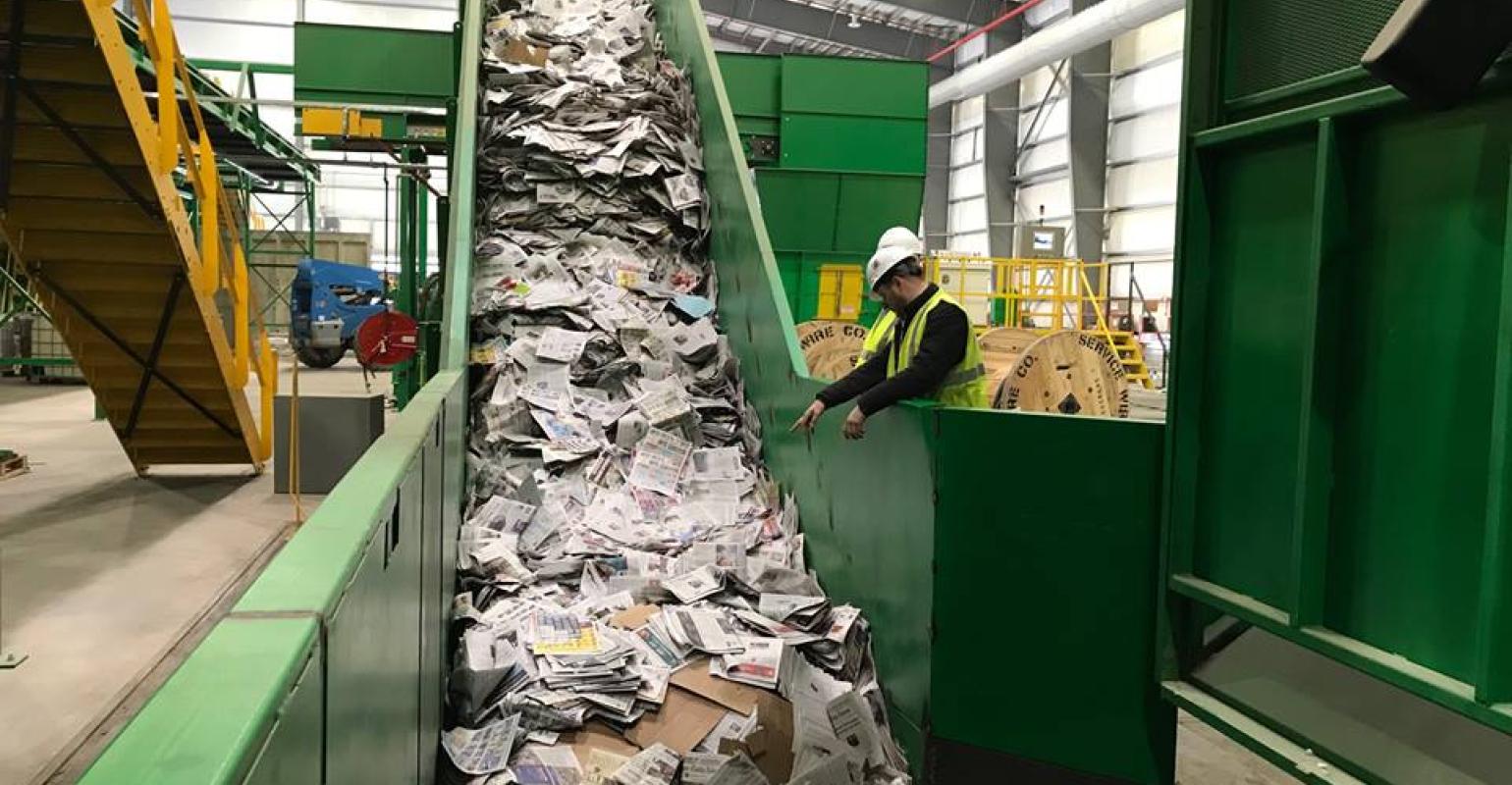 The long-awaited facility is on track to begin accepting municipal waste on April 15 from more than 115 communities in Maine.

The long-awaited Fiberight plant in Hampden, Maine, took in its first batch of recycling on March 26. The facility is on track to begin accepting municipal waste on April 15 from 115 Maine communities and will ramp up full-scale operations by July 1.

Construction of Fiberight’s new $69 million, 144,000-square-foot waste-to-energy facility began in October 2016. In April 2017, Fiberight was granted a $45 million, tax-exempt bond from the Finance Authority of Maine to help construct and operate the facility, which will convert trash from more than 115 communities into biogas.

The facility was slated to open in April 2018, but due to a number of winter storms, the construction for the facility took much longer to complete. During that time, tens of thousands of tons of waste, including some recyclables and organics, had been sent to either Juniper Ridge Landfill in Alton or the Crossroads Landfill in Norridgewock at a cost of $70 per ton.

According to a Central Maine report, Fiberight officials and the Municipal Review Committee board “remain tight-lipped about which communities the facility will accept waste from first.”

The Fiberight advanced waste processing facility took in its long-awaited first batch of recycling on Tuesday.

Once the plant is completed, its state-of-the-art machinery will pick out cardboard, plastics and metals from unsorted garbage and recycling, then convert soluble food waste into biogas and other waste into marketable cellulose. The $69 million Hampden facility is on track to begin accepting municipal waste April 15 and ramp up to full-scale commercial operations by July 1, according to Fiberight CEO Craig Stuart-Paul.

“The MRFF (materials recovery facility, which separates recyclables) is now fully energized, the baler is fully functional and we’re going through each of the systems,” Stuart-Paul said Wednesday afternoon at a Municipal Review Committee board meeting in Brewer. “The last contractor is on track to be out by the end of April. There are still a few cats we’re herding, but the ramp-up for May and June is still on schedule.”