The former mayors will work with Rubicon to adopt new technology and grow the company’s SmartCity platform.

“We are thrilled to welcome Stephen Goldsmith to our Rubicon Board of Directors and Michael Nutter to our Advisory Board, two thought leaders who bring a wealth of smart city and sustainability experience from the crucial city and municipality point of view,” said Nate Morris, Rubicon Global’s chairman and CEO, in a statement. “Our Rubicon Board of Directors and Advisory Board have an experience level in sustainability, technology and policy that is unmatched in the waste and recycling industry, and we are honored by their commitment to Rubicon Global and the Rubicon family.” 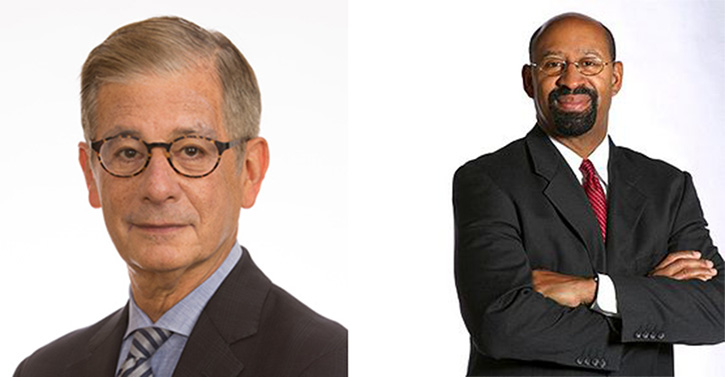 Goldsmith was the 46th mayor of Indianapolis from 1992 to 2000, serving two terms for a city of nearly one million people. Goldsmith has written nearly a dozen books and chapters on issues related to data-driven government and making technology work better, faster and cheaper in the municipal world. He is currently the Daniel Paul Professor of the practice of government and the director of the Innovations in American Government Program at Harvard’s Kennedy School of Government.

Nutter was the 98th mayor of Philadelphia, and issues related to the environment and sustainable development were a cornerstone of his former administration. He created the Mayor’s Office of Sustainability during his first term and led the development of the city’s comprehensive sustainability plan, Greenworks Philadelphia. Nutter’s recent book, “Mayor: The Best Job in Politics,” dives into the collaboration and achievements that can be earned between a mayor and its citizens. Currently, Nutter serves in multiple active roles around government and civic life, including as senior advisor at Dentons US LLP Public Policy group and a member of its Local Government Solutions team; senior advisor for the Bloomberg Philanthropies What Works Cities program; the David N. Dinkins Professor of Professional Practice in Urban and Public Affairs at Columbia School of International and Public Affairs; and senior fellowships at the University of Chicago Harris School of Public Policy, the University of Pennsylvania School of Social Policy & Practice and the Harvard Kennedy School Institute of Politics.

“Governments today are integrating data and technology to drive efficiency and respond more effectively to citizen demands around waste, recycling and quality of life issues. RUBICONSmartCity allows city managers, department heads, IT directors and elected officials to use the power of data to make better decisions that dramatically improve the waste and recycling results for their municipalities and its citizens,” said Michael Allegretti, chief public strategy officer for Rubicon, in a statement. “The industry experience and knowledge that Mayor Goldsmith and Mayor Nutter will bring to the Rubicon family is unprecedented in the world of smart city and sustainability, and we are honored to have them join with us on our company mission to end waste.”