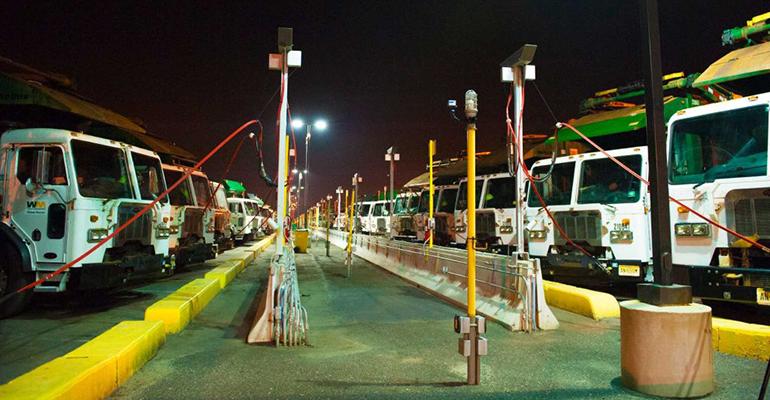 Clean Energy delivered 110 million gallons of biofuel in 2018 and claims to command 53 percent of the RNG market in the U.S.

Clean Energy Fuels has come a long way since it bought its first landfill gas production facility in Texas and began distributing via the pipeline to California. With 530 fueling stations that are able to distribute renewable natural gas (RNG), it delivered 110 million gallons of biofuel in 2018 and claims to command 53 percent of the RNG market in the U.S.

“In the beginning [2008], we were delivering into a long-term fixed price market under the California Renewable Portfolio Standard to utilities. From there, we saw opportunity to deliver gas to the vehicle fuel market,” says Sahar Kamali, director of business development for Clean Energy Renewables. “Now, we have 50 customers around the country contracted to receive our Redeem brand of renewable RNG, with waste companies being one of our largest markets. But we sell to transit agencies, municipalities and national trucking companies.”

There has been a great deal of expansion in the past year and a half. In 2018, Redeem gas volume grew by 40 percent, resulting in a 665,000-metric ton reduction in greenhouse gas emissions.

Contributing to the growth spurt are a seven-year agreement with United Parcel Service and a deal with Republic Services. As of this year, 95 percent of the mega waste management company’s natural gas-powered vehicles run on Redeem fuel across 21 states. 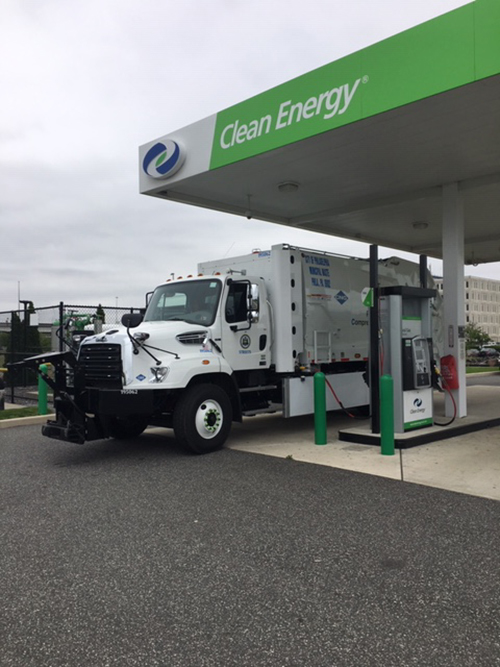 Key to gaining traction is working with a portfolio of producers—30 of them—who leverage Clean Energy infrastructure as RNG demand and production increase.

“We still are not at 100 percent renewable, but as we reach for that, we have a lot of producers interested in working with us. They want to get their gas to our stations,” says Kamali.

“It was a way for us to focus on marketing and distribution and to focus on our core strength, which is stations rather than production. BP can grow that market in a powerful way,” says Ashley White, director of sustainability for Clean Energy.

As part of their sustainability efforts, corporations and other large energy users are increasingly joining the movement to use organic waste to make RNG. It's contributing to the rapid growth in the number of RNG production facilities across North America, which is on the cusp of eclipsing the 100-site benchmark, says Marcus Gillette, public affairs director for the Coalition of Renewable Natural Gas.

About 20 percent of Republic’s fleet operates on natural gas, including most of its vehicles in California.

“As the operator of one of the largest vocational fleets in the country, we are continually looking for sustainable business solutions and committed to the reduction of fleet emissions. We continue to expand our fleet of clean-powered collection vehicles, and RNG is a seamless complement with additional environmental benefits,” says Pete Keller, vice president of recycling and sustainability for Republic Services.

“By utilizing RNG in place of CNG, we can further reduce those emissions by as much as 90 percent lower than diesel, depending on source,” says Keller. 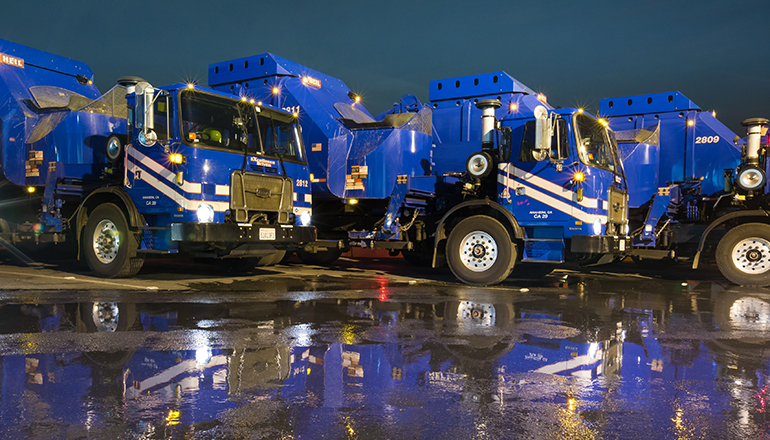 Reaching out as a resource to landfill operators and biogas project developers has provided Clean Energy a pathway to offtake opportunities.

“We often are one of their first phone calls as they look to understand what it will take to get landfill gas into vehicles. By working with them and having these conversations, we, in turn, can understand the market. And as we check in to see how we can help, we get to know who is looking at developing,” says Kamali.

South San Francisco Scavenger is a full-service waste company that runs 36 of its 40 collection trucks on RNG. The company makes some of it through its own anaerobic digestion plant but has had to supplement. It uses 1,200 to 1,500 diesel equivalent gallons a day that it buys from Clean Energy. Scavenger owns its own slow-fill station that Clean Energy operates.

“Instead of trucks spending 15 minutes to half an hour fueling offsite then driving back to our site at the end of the day, they come back, unload, then hook to slow-fill nozzles. We know how to plug in and fuel, but it’s great to have someone else maintain. If there’s a problem with compressors or hoses, Clean Energy takes care of that,” he says.

Drivers at first were reluctant; they were especially skeptical about whether there would be enough horsepower to get up steep hills. But they found that the trucks turned out to have as much power, are quieter and easier to fuel.

The trucks cost about $50,000 more than diesel trucks. But maintenance costs are about the same, and there have been fuel savings.

“Clean Energy shares credits with us, which helps offset the price. But the biggest savings have been to the environment,” says Buton.