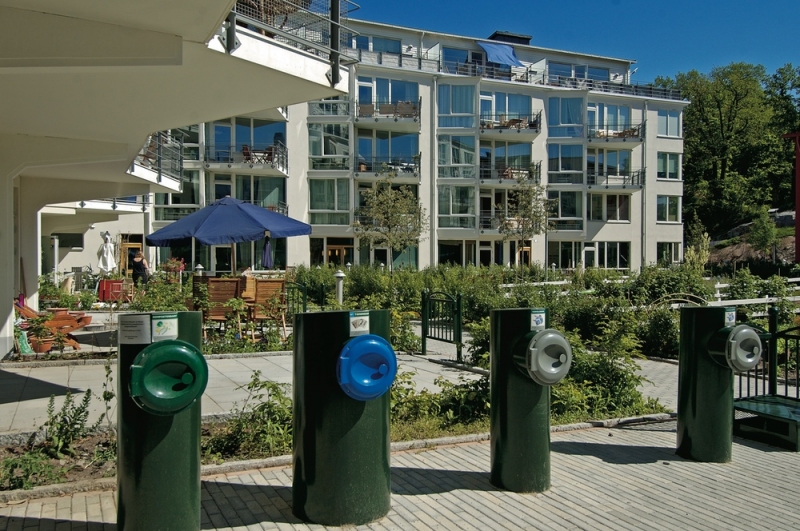 A number of New York locations, including Coney Island and a new development in Manhattan’s Chelsea district are considering installing networks of vacuum-powered tubes to collect and transport garbage and recyclables. The systems are designed and maintained by the Swedish company Envac, which has installed similar systems around the world and is reportedly seeing growing interest in the idea.

Proponents of tube-based trash collection portray it as the next step in automated waste collection, one that avoids noise and emissions from collection trucks, conserves energy, minimizes contamination of recyclables and inspires small children to squeal with glee as they feed recyclables into a whooshing portal. A pay-as-you-throw variation on the system would incorporate radio frequency identification (RFID) technology, allowing customers to wave a card and only pay for what they feed into the tube.

All of which sounds great, right up until squirrels and pigeons start getting sucked into the tubes.