One of the dark secrets of electronic waste recycling is that many times that material ends up in poor regions of Asia and Africa in the hands of people ill equipped to process it safely. The devices are dismantled by hand and using primitive processes, exposing the individuals to all manner of hazardous materials.

Hal Watts, an English designer, witnessed this first hand after spending a week at an e-waste dumping ground in Accra, Ghana, including the open burning of wires and cables to separate valuable copper from its plastic coating. There was nothing to prevent workers from breathing in the resulting toxic fumes. 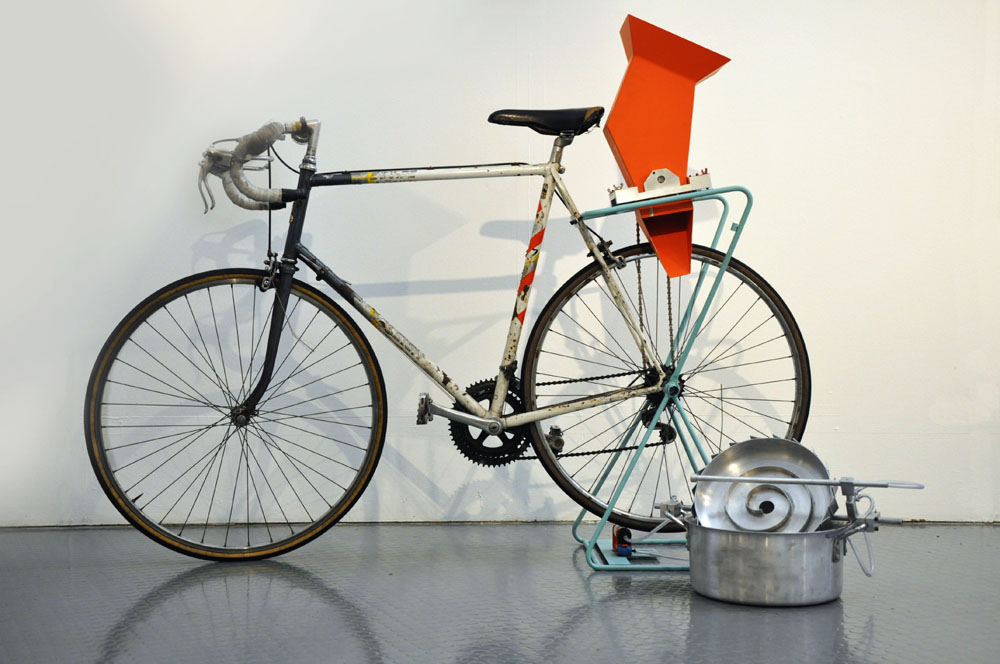 Watts was inspired to develop a better method, which after several prototypes he subsequently dubbed Esource. Designed to be cheap, safe and effective, the device, consisting of a large vessel, a spiral-chambered wheel and a hose, attaches to a stationary bike that powers the contraption. First the wire is ground into tiny pieces. Then, in a process inspired by 19th century gold panning, the wire bits submerged in water travel up the spiral, separating the plastic from the lighter copper. Not only is it safer, it yields 2 percent more clean copper than burning.

All of which, with the addition of some strong restraints, could make a very fitting penance for disgraced cyclist Lance Armstrong.