Recent
Rebuilding the Circular Economy Following COVID-19
May 22, 2020
NWRA Applauds Introduction of PPP Flexibility Bill
May 22, 2020
Zero Waste Software Company Retools Platform to Aid in COVID-19 Crisis
May 22, 2020
Sustainability About The House: The Importance of Creating an Environmentally Friendly Property
May 22, 2020
Should New York City Stop Recycling?
May 22, 2020
Impact Investing Emerges During COVID-19 Pandemic
May 22, 2020
Massachusetts Nonprofit Urges Islanders to Cut Food Waste
May 22, 2020
WasteExpo Announces WasteExpo Together Online to Bring the Solid Waste, Recycling and Organics Community Together through a Digital Experience
May 21, 2020
The Heap
brought to you by 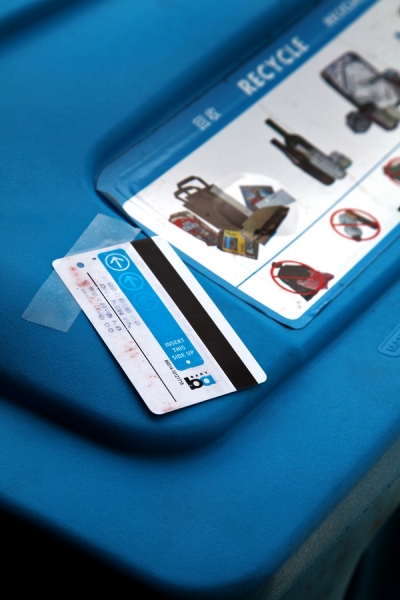 San Francisco-based waste services company Recology has found a clever way to facilitate charitable activity. It all began when David Nanney, a superviser at Recycle Central, the company's material recovery facility, began noticing BART (Bay Area Rapid Transit) tickets appearing among the the recyclables. The thin plastic cards are considered a contaminant since they are difficult to recycle, but tickets with unused fares can be redeemed for cash. So Nanney tasked workers to collect any BART tickets they saw, yielding more than $1,400, which was subequently donated to two nonprofit organizations, the San Francisco Food Bank and Friends of the Urban Forest.

Now the company has expanded the program, encouraging customers with BART cards with remaining rides they wish to donate to tape them to their recycling bins, where they are collected by Recology workers. It is hoped the program, which the company is calling "Turning Tiny Tickets into Trees," will ease charitable redemption of the cards, which previously had to be mailed in or deposited in designated donation boxes.

What are some ways in which you help make it easier for your customers to do the right thing?