Picking Up the Signs 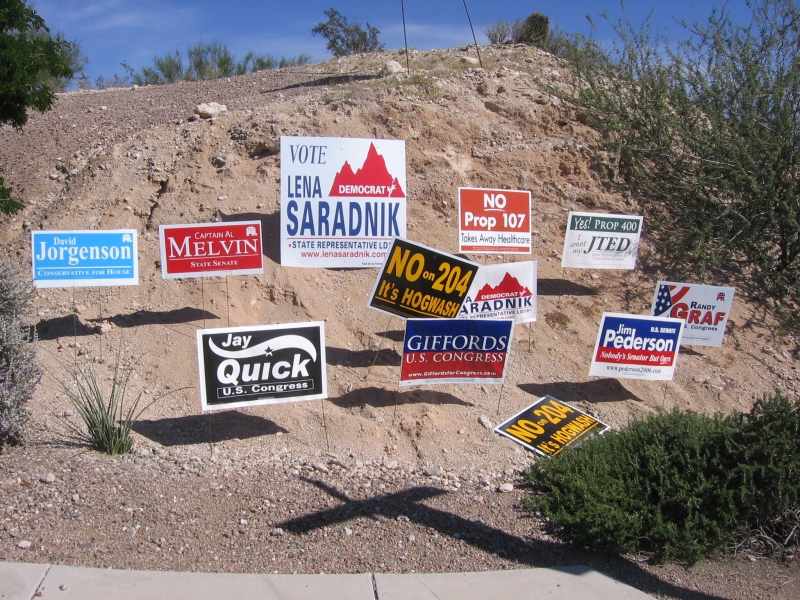 It's an election year, and around the country communities are once again being blighted by forests of political signage that seemingly sprout overnight. The signs are usually plastic or cardboard, mounted on metal or wooden posts. But after the polls close and victory or concession speech is made, what happens to those political pickets? Unfortunately, they usually wind up in a landfill.

Cleveland is one of the latest municipalities to take on this problem. The Cuyahoga County Solid Waste Management District has launched a campaign of its own, called "Elect to Recycle," urging political candidates (or civic-minded voters) to collect the signs and turn them in for recycling. They're careful to note that the signs should be turned in AFTER the primaries/elections, lest some unscrupulous candidates seize on sign-snagging as a way to drown out some publicity for their rival.