Picking Up the Pace 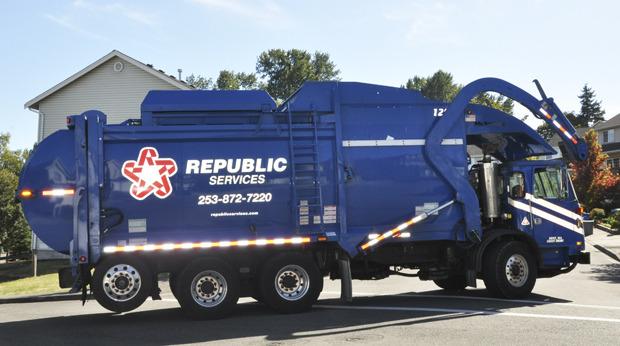 On Sept. 1, a Republic Services compressed natural gas-powered collection truck took to the Evergreen Speedway in Monroe, Wash., during the Washington State Fair. The 38,000-lb. behemoth was not there to race (which is a shame, because that would be awesome), but to serve as the pace truck for two 50-lap NASCAR races. It was the first time a CNG garbage truck has served as a NASCAR pace vehicle.

Republic driver Scott Jennings, who in addition to being a die-hard NASCAR fan, boasts an exemplary service and safety record according to the company, helmed the truck. At the start of both 50-lap NASCAR races, the truck flew a U.S. flag in tribute to the first responders who battled a tough wildfire season this summer.

As you might expect, the racers trailing the unique pace truck were not especially concerned about following NSWMA’s suggestion that they slow down to get around.