The Heap: Return Flight (with video) 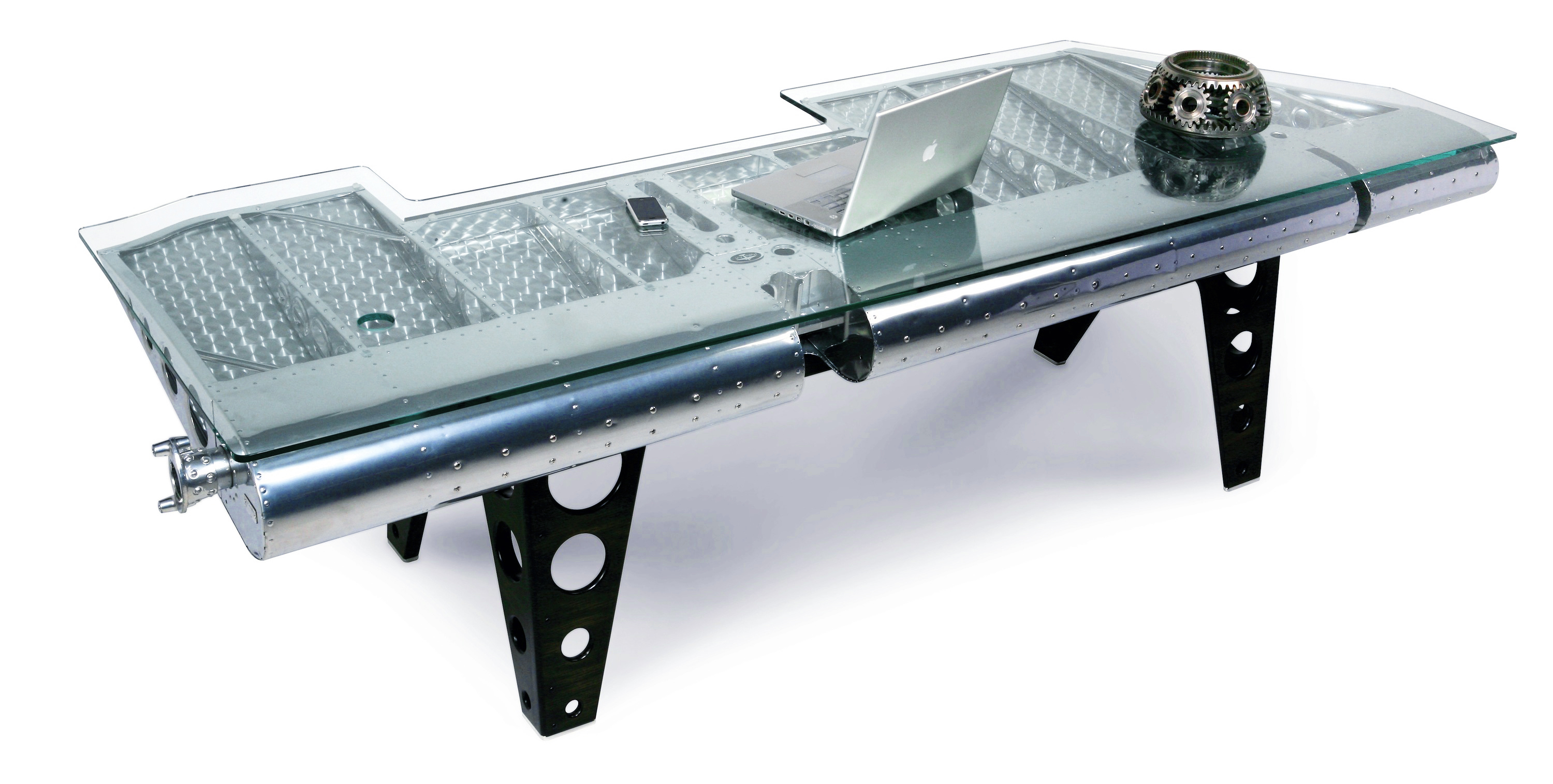 What to do with a retired jetliner? Understandably, not everyone can muster sentimental feelings for the giant airborne metal cylinders that shuttle us to and fro in greatly varying degrees of comfort and hospitality for decades until they’re decommissioned. And recycling them is costly and time consuming, according to the Aircraft Fleet Recycling Association (AFRA), which says it can take as long as four weeks and considerable labor to break down one of these beasts. Nevertheless, with 12,000 planes due to take their final flight by 2020 per AFRA, the thought of fleets of old airplanes slowly rusting in the desert is at least troubling in light of the waste of potential resources it represents.

Enter companies like furniture maker MotoArt, which is upcycling enormous engine cowlings, pieces of fuselage and segments of wing into office furniture, beds, bars and just about every piece of high concept furniture you can imagine but probably not afford. The salvaged airliner parts are polished to a mirror sheen and assembled into pieces that summon those same gee whiz feelings that the aircraft they came from once did, back before air travel became de rigueur and airlines started withholding peanuts and bathroom visits. 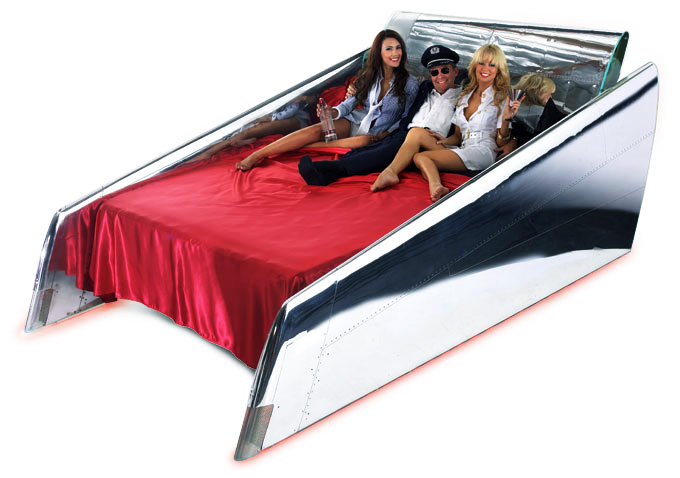 The sleek designs, with industrial, art deco, and mid-century influences, simultaneously show a reverence for air travel and often a wry sense of humor, such as a swooping, illuminated bed made out of wing segments dubbed “The Mile High,” or a refreshment cart – bane of elbows and knees everywhere – converted into a minibar. And who doesn’t want an office chair crafted from an ejector seat – the perfect exit for a particularly gnarly day at the office?