From the Can: Thinking Outside the Sphere

A few months ago I splurged and finally bought myself an EcoSphere.

A few months ago I splurged and finally bought myself an EcoSphere. From an early age I have been fascinated by this byproduct of research conducted by NASA’s Jet Propulsion Laboratories (the same folks who landed the Curiosity rover on Mars over the summer) from the late 1960s through the early 1980s. It is an enclosed glass sphere (or pod; they come in a variety of shapes and sizes) containing a complete, self-sustaining ecosystem. The EcoSphere’s contents are composed of microorganisms, small shrimp, algae and bacteria swimming in filtered seawater. Given nothing more than a meager amount of sunlight, this handheld universe keeps itself humming along for years. 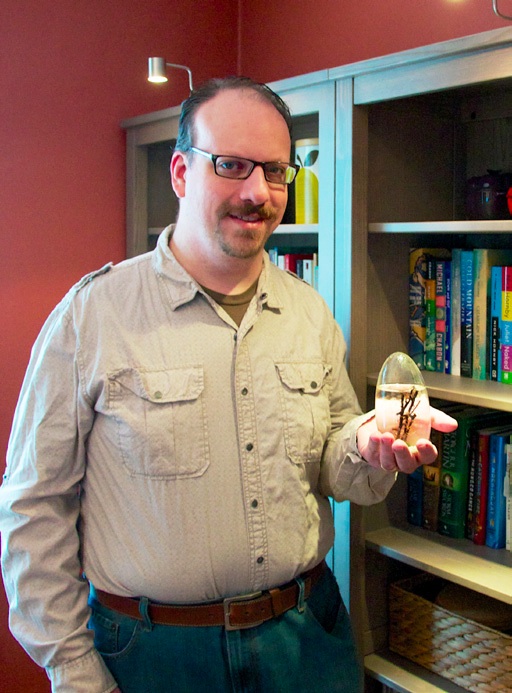 This is largely possible due to the perfect balance of waste generators and waste handlers within this tiny world. Each organism lives off the waste of another in a closed loop. NASA’s interest was to see if such a system was achievable in anticipation of sending out what would essentially be self-contained worlds into deep space. Rather than trying to pack all of the oxygen and food needed for humans to venture beyond Earth, wouldn’t it make more sense to set up a symbiotic system in which our byproducts fed other organisms and they, in turn, helped sustain us? If, as predicted, we do actually end up pursuing manned exploration of Mars in the coming decades, this science will certainly apply.

Back on Earth, we’ve yet to nail this balance. There is no waste in the EcoSphere. Everything inside it is a resource because everything gets used and reused. But outside it, we have myriad products and materials that have no clear means of reuse and no one to reclaim them. Humans are very good at inventing new things, but not so good at figuring out what to do with those things once we’re done with them.

But events like the Global Waste Management Symposium (see our recent contributions from GWMS presenters) and the NASA-affiliated "LAUNCH: Beyond Waste" conference give me hope. Through research we're learning to better manage our waste, reclaim more and more of it as a resource, and in some cases eliminate it altogether. While I’m not so naïve as to imagine that we’ll ever achieve the perfect waste/ resource interplay that the EcoSphere represents, it is instructive to remember that Earth is still effectively a closed system, and it is in our best interest to keep it tidy and livable. As always, I am eager to hear from you. E-mail me at steven.averett@penton.com.