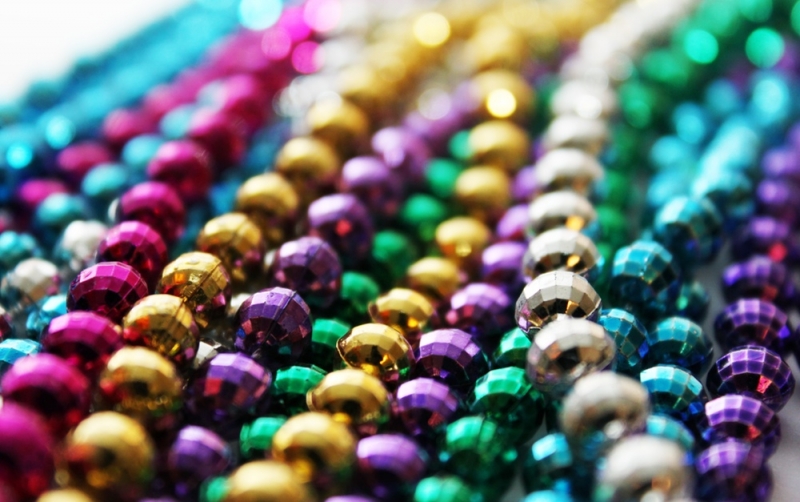 Sure, Mardi Gras is a good time. But after the environmental double tap that was Hurricane Katrina and the BP oil spill, some New Orleanians are having a hard time justifying the wastefulness of the holiday's unofficial currency, strands of unrecyclable shiny plastic beads.

It is common knowledge that the beads can be exchanged for a very special, um, reward from less inhibited female revelers. Or they might just lend some street cred. But after the parades are over and Lent arrives, they quickly lose their luster and often wind up in a trash can or or are simply thrown the ground. The Los Angeles Times estimates that 25 million pounds of beads are tossed on the streets of New Orleans each year.

The Times reports that several groups are attempting to mitigate this plastic onslaught, finding ways to gather and repurpose the beads, or to make them more desirable by allowing them to be traded for access to a clean bathroom or other rewards.

Suggested slogan for this burgeoning movement: "Don't throw me something, Mister!

CORRECTION: The original article said the estimated amount of beads tossed each year is 25 million tons.