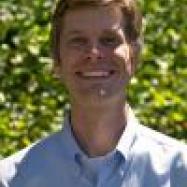 Stephen Ursery is the editor of Waste Age magazine. During his time as editor, Waste Age has won more than 20 national and regional awards. He has worked for Penton Media since August 1999. Before joining Waste Age as the magazine's managing editor, he was an associate editor for American City & County and for National Real Estate Investor.

Prior to joining Penton, Stephen worked as a reporter for The Marietta Daily Journal and The Fulton County Daily Report, both of which are located in metro Atlanta.

Stephen earned a BA in History from Rhodes College in Memphis, Tenn.